On the annexation of the Balkan regions of Bosnia and Herzegovina by Austria-Hungary (or, the world needs more historical examples)

Posted on March 2, 2022 | Comments Off on On the annexation of the Balkan regions of Bosnia and Herzegovina by Austria-Hungary (or, the world needs more historical examples) 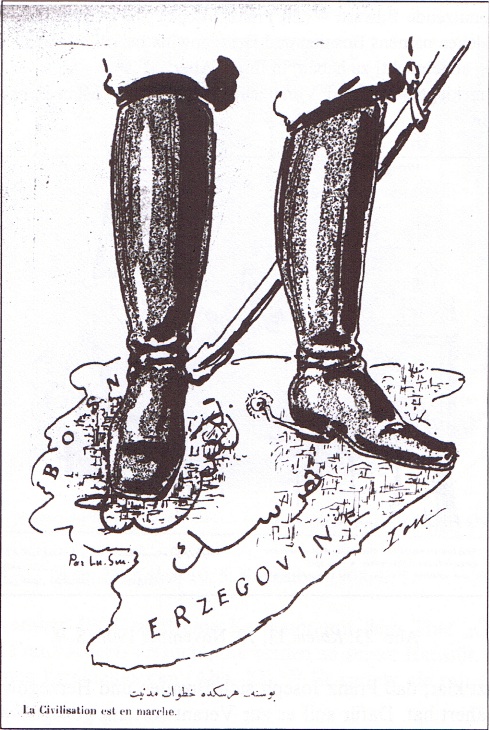 I find it sad is that whenever something happens that can be compared to history, we get comparisons only to Nazi Germany. Case in point, last week I saw Nancy Pelosi compare the attack on Ukraine to the Sudeten Crisis.

This is problematic in several ways. One problem is that it isn’t the only comparison that can be made. There are many such instances in history where military annexation takes place.  Another problem is that such comparisons lead people to think that things will progress along the same lines.

The solution is to learn more history. This can be hard for non-historians like me. Google is no help. I searched for annexations this weekend and most of my searches returned links to Nazi Germany. We have to research deeper.

When it comes to annexations, there are countless examples throughout history. Take Prussia. If you go through the history of Prussia in the 19th century and look for annexations, you can find many examples. European nations were always annexing their neighbor’s turf, and Prussia was just one such nation to do so.

But you don’t have to go back that far. For instance, you would be wise to read about  the Bosnian Crisis of 1908 – 1909.   In it you can see many parallels to what is happening in Ukraine right now. And that’s just one concrete example. There are many more.

The point is, the next time you want to reach for a comparison to Nazi Germany or you hear someone reference Nazi Germany in comparison to something that is happening in the world, try and read more history and find other examples.

P.S. Note the quote on that image: Civilization is on the March. That’s some disagreeable quote, but not a surprising one.

This entry was posted in history and tagged austria-hungary, bosnia, Hapsburgs, history, prussia. Bookmark the permalink.