The Future is Physical: how the Internet of the future — including supply chain, manufacturing, and commerce — is physical and robotic (more thoughts on drones) 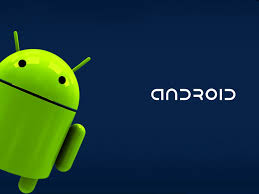 First, a couple of paragraphs of background. While I have written a little about drones, John Robb has a blog called Global Guerrillas where he writes alot about it and other topics. Well worth reading. In his blog he talks about something called Dronet (Drone Net) and it got me thinking about the idea of a network of drones and how it will interact with what we think of as the Internet.

That brings me to the subject of this post: the next Internet.

This new and bigger Internet will be physical. It won’t be focused on just being threatening or military. It won’t be Skynet or Dronet.  It will be called something neutral like Courier-Net or ExpressNet or simply the Net. Just like Apple evolves a device but keeps the same name, we too will do the same thing with the Internet.

Some of the ways the new drone enabled Internet will work are:

If you ever want to know how many people are using Facebook, Twitter, and….well just about anything else social media related…

Posted on February 27, 2013 | Comments Off on If you ever want to know how many people are using Facebook, Twitter, and….well just about anything else social media related…

Then check out this post: (Feb 2013) How Many People Use the Top Social Media, Apps & Services?

Comments Off on If you ever want to know how many people are using Facebook, Twitter, and….well just about anything else social media related…

I mention this because Daniel Gross (@grossdm) on twitter pointed out this article, which was written in March, 2009: Michael Boskin Says Barack Obama Is Moving Us Toward a European-Style Social Welfare State and Long-Run Economic Stagnation – WSJ.com. Is this true?

It’s true that the Dow Jones Industrial Average was low when that article was written, dropping to a relative low of 6,626.94. However, Obama took office in January, 2009. During the summer and fall of 2007, the DJIA was just over 14,000. It then proceeded to fall month after month, with big drops in the fourth quarter of 2008. And just who was in office in 2007 and 2008? President Bush.

There is still too much unemployment as well as other problems with the U.S. economy. But the stock market has been the beneficiary of President Obama and his form of governing.

And by the way, who is Michael Boskin? According to the article, “Mr. Boskin is a professor of economics at Stanford University and a senior fellow at the Hoover Institution. He chaired the Council of Economic Advisers under President George H.W. Bush.“

If this works, the recipe is here: https://ifttt.com/myrecipes/personal/2934895

The success of Google’s new Chromebook (Pixel) and Glass

Posted on February 26, 2013 | Comments Off on The success of Google’s new Chromebook (Pixel) and Glass

It may seem odd to talk about the success of these two devices. Many of the reviews that I (and likely, you) have read have said that the Pixel is a great device, but too expensive and to be avoided. And Google Glass is not even shipped yet. Given that, how can I talk about their success?I think their success can be measured in another way. Regardless of the success of these or other offerings, Google is successfully positioning itself as a leader with regards to emerging technology. This is important for IT companies. If you are perceived as failing, then regardless of how good your technology is, it will always be framed in terms of your failing to lead. (see RIM/Blackberry or Microsoft). Likewise, if you are someone like Apple, a perceived leader, then whatever you do is measured in those terms. Given that, Google succeeds on the whole even if individual products do not. Furthermore, Google was gaining a reputation for missing the mark (Wave, Google+). Products like these can help change that perception.The Verve has two good reviews of these products here (Chromebook Pixel review) and here (I used Google Glass: the future, but with monthly updates). If you want to know more about these products, I recommend those articles.Finally, since this is IT related, I should state these are my opinions only and do not and do not necessarily represent the positions, strategies or opinions of my employer (IBM).

Have a Posterous blog? You need to migrate it soon.

Why? Because it will be soon the end of Posterous (R.I.P. Posterous). The good news is that you can migrate from Posterous to other platforms, but you may want to do so soon.

7 Million ways to Make Lentil Soup (in a slow cooker)

The great Mark Bittman has 7 Ways to Make Lentil Soup, and if you want to start out with making any of these, I think you will have a delicious meal when you are done.

An even easier version is this. Take this list of ingredients

Now I say seven million ways to make lentil soup because you really can substitute greatly for very different soups. For example:

The lentils and the stock make up the foundation of the soup. The rest is seasoning and vegetables (and possibly non vegetables). Feel free to experiment and make the soup your own (and use up the left overs in your fridge or pantry).

As an IBM employee, I am happy to see IBM has their own tumblr: IBMblr | IBM Innovation on Tumblr. There’s lots of good stuff on it, including this:

A woman in IT we should know more about: Melba Roy

Posted on February 18, 2013 | Comments Off on A woman in IT we should know more about: Melba Roy

I came across this entry about Melba Roy from this tumblr, Vintage Black Glamour. I tried to do searches on her to see if I could find more information about her, but I couldn’t. This is a terrible shame, since Ms Roy appears to be very accomplished, from what I read on the Tumblr. Not to take anything away from the tumblr, but here’s what it said:

Melba Roy, NASA Mathmetician, at the Goddard Space Flight Center in Maryland in 1964. Ms. Roy, a 1950 graduate of Howard University, led a group of NASA mathmeticians known as “computers” who tracked the Echo satellites. The first time I shared Ms. Roy on VBG, my friend Chanda Prescod-Weinstein, a former postdoc in astrophysics at NASA, helpfully explained what Ms. Roy did in the comment section. I am sharing Chanda’s comment again here: “By the way, since I am a physicist, I might as well explain a little bit about what she did: when we launch satellites into orbit, there are a lot of things to keep track of. We have to ensure that gravitational pull from other bodies, such as other satellites, the moon, etc. don’t perturb and destabilize the orbit. These are extremely hard calculations to do even today, even with a machine-computer. So, what she did was extremely intense, difficult work. The goal of the work, in addition to ensuring satellites remained in a stable orbit, was to know where everything was at all times. So they had to be able to calculate with a high level of accuracy. Anyway, that’s the story behind orbital element timetables”. Photo: NASA/Corbis.

P.S. Yes, I happen to love the IBM computer behind her. That makes her even better IMHO.

Comments Off on A woman in IT we should know more about: Melba Roy

Posted on February 15, 2013 | Comments Off on How the Chromebook (and maybe an iPad/Tablet) can be a great developer machine

I was skeptical of this, but Carl Franzen pointed out this detailed article: ChromeBook as Developer Machine. It makes a good case for how a developer can get alot of use out of a Chromebook for their development needs. I think the same can be said for anyone with a tablet or iPad with a bluetooth keyboard as well.

Yes, many Russians do have dash-cams in their cars. And for good reason…

As this article points out, Why Russians Are Obsessed With Dash-Cams, Russian roads are a lawless place, and your best chance of limiting your liability when you are driving on them is with a dash-cam. Hence, the proliferation of them in that country.

I would not be surprised to see them in North American cars soon. Our roads may be more lawful, but there’s still enough bad driving and bad driving conditions here to make for some interesting footage.