For those celebrating, a very merry christmas.

For those looking to relax after a busy day, here are many Christmas links I’ve gathered over the years for you to read if you are still in the Christmas spirit.

Comments Off on Merry Christmas!

Silent Night is supposed to be performed on Christmas Eve, and other interesting things about the 200 year old carol

Posted on December 24, 2018 | Comments Off on Silent Night is supposed to be performed on Christmas Eve, and other interesting things about the 200 year old carol

As Silent Night turns 200 this year, the CBC has come up with a great piece on the history of this famous carol, which you can read here:
www.cbc.ca/amp/1.4950242

Comments Off on Silent Night is supposed to be performed on Christmas Eve, and other interesting things about the 200 year old carol

is written up, here:  ATB Financial, IBM partnership focuses on digital transformation in banking | IT Business.

It was a great project, with a great team, a great client, and a great working environment. All around great. I am glad I had the opportunity to do it.

Comments Off on My last work project…

The joy of midnight pasta

Posted on December 23, 2018 | Comments Off on The joy of midnight pasta 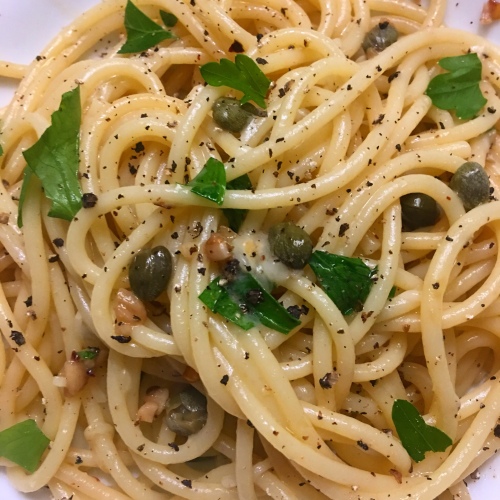 If you are busy, or don’t feel like cooking much, or don’t have much in your fridge, then this pasta recipe is for you. It’s hard to believe something this simple could be so good, but it is. Lots of flavour with very few ingredients, ingredients you can have in your pantry.

Give it a try, especially when you are short of time, money, or food.

The photo is of the dish I whipped up one night.

Comments Off on The joy of midnight pasta

Some contrarian ideas on happiness and being happy

Posted on December 22, 2018 | Comments Off on Some contrarian ideas on happiness and being happy

Can be found here:

Basically, happiness is an elusive and not well defined idea and we are better off seeking things other than happiness. It is great to be happy, but it may not be great to try and be happy. Feel free to read and disagree.

Comments Off on Some contrarian ideas on happiness and being happy 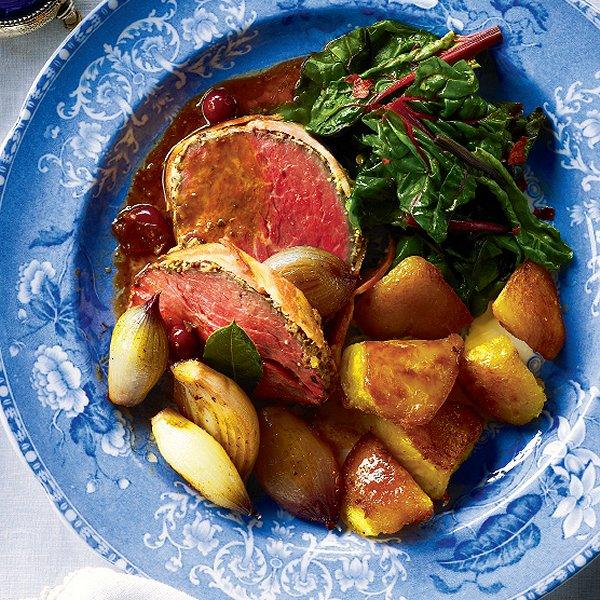 If that’s you, Chatelaine has your back with this:  10 Spectacular Roast Recipes That Aren’t Turkey | Chatelaine.

They truly are spectacular recipes, perfect not just for Christmas but any time of the year (ahem, winter) when a good roast is just what you need.

Comments Off on 10 Spectacular Roast Recipes That Aren’t Turkey

This is good parenting advice: don’t kill your kids even though you want to sometimes….

If you are a parent and don’t need this advice: Parenting Advice: Don’t Kill Them – Ijeoma Oluo – Medium, then kudos to you. You are first among humans.

And if you aren’t a parent, your opinion hardly matters.

Comments Off on This is good parenting advice: don’t kill your kids even though you want to sometimes…. 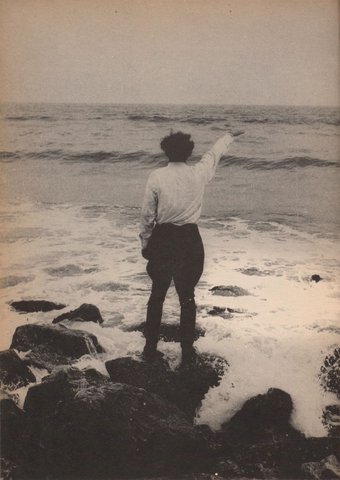 For fans of Anselm Kiefer, there is an in depth discussion of this particular work, here:
Heroic Symbols 1969 by Anselm Kiefer – In Focus | Tate

Comments Off on Heroic Symbols 1969 by Anselm Kiefer

In search of the real Scrooge

Everyone knows of Scrooge, the character in Charles Dickens’ “A Christmas Carol”. But is there a real person Scrooge was based on? This article sets out to find him: The real man who inspired Ebenezer Scrooge.

Comments Off on In search of the real Scrooge

On cities and digital technology and loneliness

This is a good piece: How to redesign cities to fight loneliness.

It talks about how cities and services can be changed to fight loneliness. This is good. The flipside of it, though, is that cities are designed and have evolved to promote loneliness. One of the reasons people come to cities is to get away from things. The cost of that is often loneliness.

The bigger problem is loneliness in general. Cities and digital technologies can help there. But there are bigger social and cultural issues in the mix, and those need to be addressed as well.

Comments Off on On cities and digital technology and loneliness

Cook90: a goal for the new year

Can you cook 90 meals in a month? For many it sounds daunting. I like to cook and even I am not sure that I could do it.

If you like a challenge and the idea of it, there is a book you should consider: Cook90: The 30-Day Plan for Faster, Healthier, Happier by David Tamarkin from Epicurious, at Amazon. (Also available in Canada at Indigo).

I heard of it from Mark Bittman and his newsletter (which I recommend also).  One good quote from the newsletter was this:

“Entire industries want us to believe that cooking is so much harder and more time consuming than it really is.”

It’s true that you can make complex meals, but a simple green salad, a fried egg with toast, or those two things combined can make up a home prepared meal.

Comments Off on Cook90: a goal for the new year

On exhibit: the Slave Bible 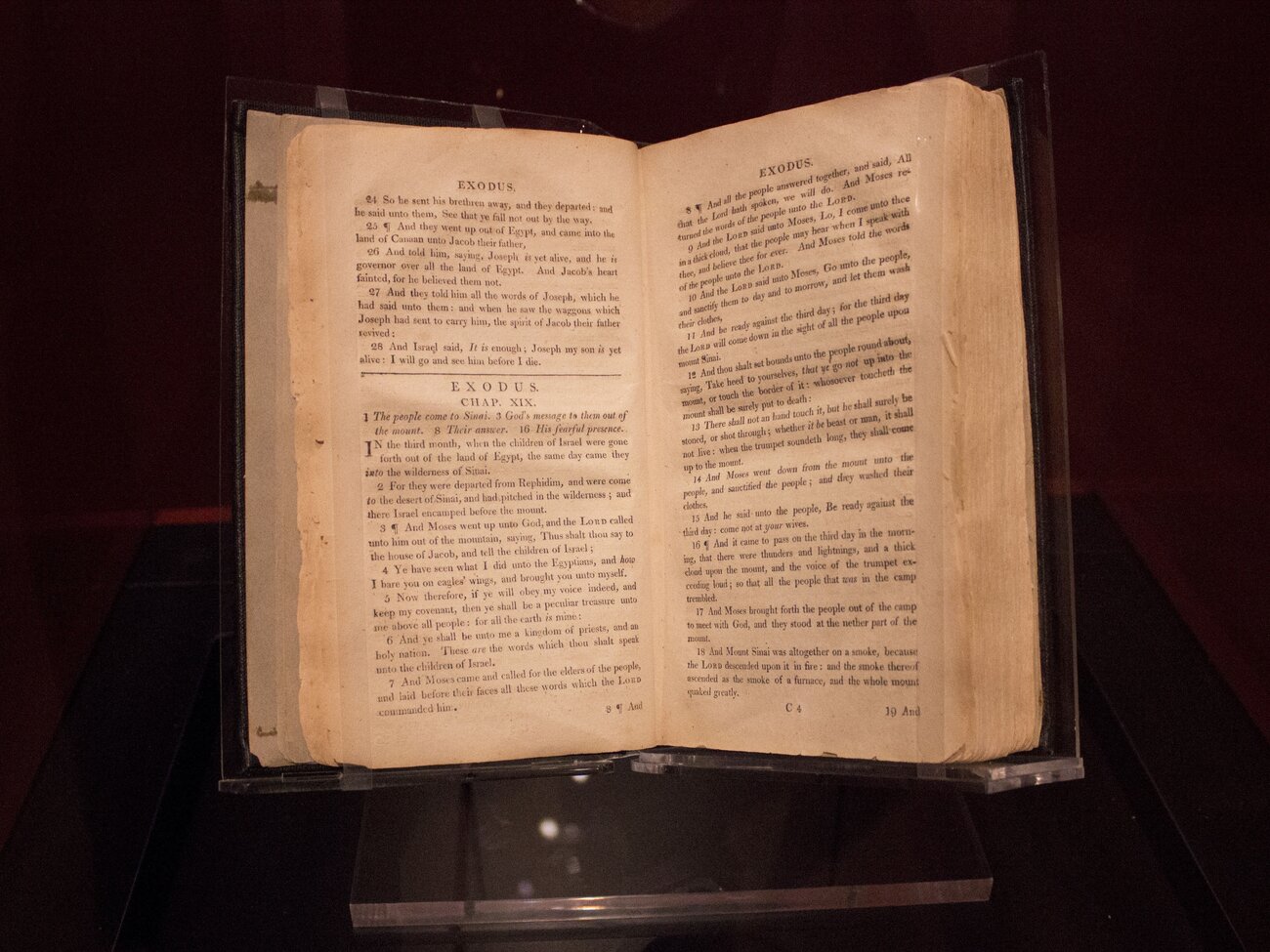 A fascinating exhibit in Washington, DC on the Slave Bible. What is the Slave Bible? It was a heavily reacted book with anything removed  that could have supported slaves seeking their freedom. It’s a sad but also interesting story, and more of the details are here: Slave Bible From The 1800s Omitted Key Passages That Could Incite Rebellion : NPR.

Comments Off on On exhibit: the Slave Bible

Can be seen in this video:

I knew there were many visual parallels, but I didn’t catch just how many there were until I watched that video.

Found via this link: Take a closer look at how Blade Runner 2049 subtly updated its predecessor

Posted on December 7, 2018 | Comments Off on On “River”, the sad Joni Mitchell song that became a Christmas classic

Comments Off on On “River”, the sad Joni Mitchell song that became a Christmas classic 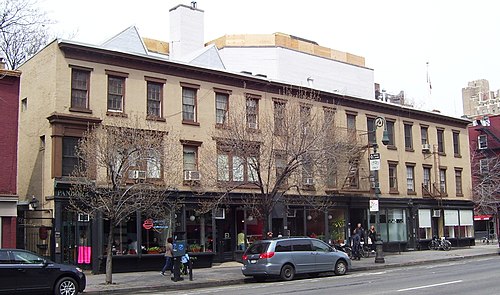 Can you work a day job and still make great art?

If you are Philip Glass you can. And likely anyone who has the capacity to make art can as well. It may take you longer, but you can do it. To see how he did it, see this piece: How Philip Glass Went From Driving Taxis to Composing – The Atlantic

Comments Off on Can you work a day job and still make great art?

How to go, how to stay, how to live a good life

I was always impressed by this, and have read it often. Young people especially should read it: Reconnecting with Newfoundland – Free Candie.

Comments Off on How to go, how to stay, how to live a good life

A gift idea for older geeks in your life: Vintage Computer Punch Cards

Yep. You can get them here:  Vintage Computer Punch Cards for Sale — Online Store & Gift Shop

Comments Off on A gift idea for older geeks in your life: Vintage Computer Punch Cards

44 short books to help you overcome your reading difficulties

This is brilliant: 44 Short Books to Help You Reach Your Reading Challenge Goal – Goodreads News & Interviews.

It’s a great list of books, for starters. Second, they tell you how long they long they are and a number of them are under 100 or 200 pages.

If you are trying to reach a reading challenge goal, or if you are stuck trying to get started reading, or if you find you never finish books due to their length, then you should check out that list.

How to build a hydroponic garden using stuff from IKEA

Gift idea: How to Make a Simple Chapbook

If you are looking to give someone a gift that is hand made, this might be an idea for you: How to Make a Simple Chapbook | Indie Press | Philadelphia | Lady Blue Publishing.

I had one made for my 40th birthday and I still treasure it. No doubt someone you make one for will too.

Comments Off on Gift idea: How to Make a Simple Chapbook

Some thoughts on Philip Pullman, free speech and de-platforming

I think often of this speech Philip Pullman gave regarding the rights and limits associated with free speech. I like what he says, and I like how he says it.

Comments Off on Some thoughts on Philip Pullman, free speech and de-platforming

Can be found here: Why I Love Benjamin Moore’s Tundra Paint Color | Architectural Digest,  as well as here and here.

Comments Off on Why people love certain Benjamin Moore’s colours

Comments Off on For Dieter Rams fans

If you are looking to set up or improve your home working environment….

Then you need this. Top 40 Tricks and DIY Projects to Organize Your Office. Quite a few good set ups and tips there.

I thought this was clever: 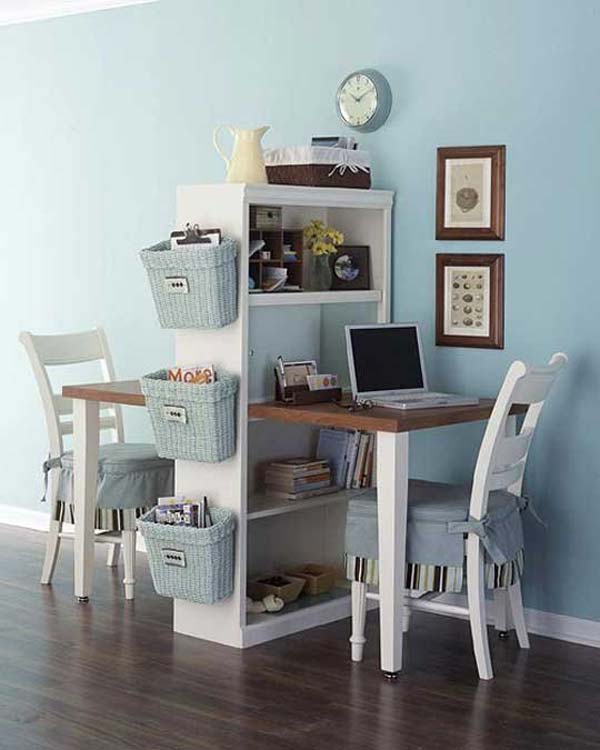 Comments Off on If you are looking to set up or improve your home working environment….

Getaway: a chance to escape with this new real estate company If you want to run away from it all and live in a small (but nice) cabin somewhere in the woods, then you ought to read this: Modern life too much for you? Maybe a tiny box in the woods is the cure. – The Washington Post. I have often thought of it myself. I may have to check this out.

Comments Off on Getaway: a chance to escape with this new real estate company

Posted on December 3, 2018 in architecture