How great is the world? Discovery Channel explains

On what is wrong with vengeance

Over at (kottke.org) is a really good review on Jared Diamond’s New Yorker article on vengeance. What struck me was this quote from Vengeance:

“Diamond argues that the New Guineans’ everyday open embrace of such a strong emotion is not necessarily a bad thing and that modern society can circumvent people’s need for vengeance, resulting in feelings of dissatisfaction that can create unbalanced emotional lives.”

At first I read that and for a moment thought: yes, vengeance could be good. Then the moment passed. I thought of Shakespeare instead. I thought of Romeo and Juliet and how much unhappiness and suffering come about as a result of vengeance. Vengeance appears to be seeking justice, but its partiality prevents it from being seen that way. What is necessary is for justice to occur, not vengeance. Vengeance is the justice of the gutter. Our culture and civilization is about getting above that, for everyone’s sake. Even the sake of those who, like the relative of Jared Diamond, lost so much.

Student “twitters” his way out of Egyptian jail at cnn.com

There’s a great story on cnn.com today about the effects and use of Twitter. From the lede:

“James Karl Buck helped free himself from an Egyptian jail with a one-word blog post from his cell phone.

Buck, a graduate student from the University of California-Berkeley, was in Mahalla, Egypt, covering an anti-government protest when he and his translator Mohammed Maree were arrested April 10.

On his way to the police station, Buck took out his cell phone and sent a message to his friends and contacts using the micro-blogging site Twitter.

The message only had one word. “Arrested.”

Within seconds, colleagues in the United States and his blogger-friends in Egypt — the same ones who had taught him the tool only a week earlier — were alerted he was being held.”

It’s a great story, and a great come back to those who think Twitter is about nothing more than endless versions of “whazzup”.

You can park scooters for free in Toronto

I found this out from the Vespa Canada this is a good thing all around.

The beauty of water balloons 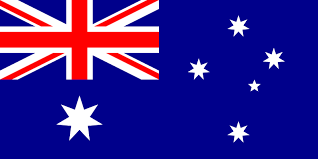 I’ve been reading a number of recent news stories about recent problems with food –and especially, rice –shortages. This lead me to this fascinating article in the New York Times that gave a new (to me) perspective on the problem. I didn’t realize how much rice that Australia produces. To give you an idea, there is a story about:

“The Deniliquin mill, the largest rice mill in the Southern Hemisphere, once processed enough grain to meet the needs of 20 million people around the world. But six long years of drought have taken a toll, reducing Australia’s rice crop by 98 percent and leading to the mothballing of the mill last December.”

And drought is only one factor in the loss of rice. See this article for much more: A Drought in Australia, a Global Shortage of Rice

A rather scathing article on Slate regarding Microsoft’s positioning on XP and Vista. I don’t necessarily agree with it, but it IS funny. See: