Two quick reads on Greece: one good, one glib.

Here’s two views on Greece: one good, one glib.

I’m a fan of Michael Lewis, but this piece of his, Greece Saunters Across the Autobahn – Bloomberg View, is glib at best. It feels like he had to bang out a few hundred words on Greece or he had this Berkeley story he’s been itching to use and finally found a place.

It’s still worth reading, because he is a good writer and his thinking is likely what many people are reading. But don’t read it thinking you will get a better understanding of why Greece is in the state it is in.

After skimming that, read this: Europe’s Attack on Greek Democracy by Joseph E. Stiglitz – Project Syndicate.

It sums up what I’ve been reading by people who are more aware of what is happening in Greece. You will come away shaking your head, as you should. For what is happening makes no sense from an economic viewpoint. But then, much of Europe has been making poor choices with their economies since the Great Recession started., mainly for ideological reasons.

Comments Off on Two quick reads on Greece: one good, one glib.

Reasons to be optimistic (and pessimistic) about climate change

Posted on June 25, 2015 | Comments Off on Reasons to be optimistic (and pessimistic) about climate change

However, we are still emitting too much CO2 and that is going to cause the temperature of the earth to rise far too high, according to experts. In the long run, we may be ok, but in the next century there are going to be significant consequences.

Read the piece and get a sense of where things are heading.

Thinking of getting fit this summer? You need my fitness link pack

Posted on June 24, 2015 | Comments Off on Thinking of getting fit this summer? You need my fitness link pack

Are you thinking of getting fit this summer? Or do you like to read about people getting fit while you drink your favorite cocktail and sit under the shade? Either way, here’s a bunch of interesting links you’ll want to read

Runner’s World | What Will It Take to Run A 2-Hour Marathon: fascinating. Right now men are closing in on this number, but this article shows how hard it will be to achieve that time. Even people who don’t run marathons will find this worth a look.
Weight loss and habit forming — Let’s not pretend we have it all figured out — Medium. For those of you struggling with their weight, this will be of some comfort.
Your Body is All You Need: The World’s Oldest Training Method (and a 1% Workout) | Arnold Schwarzenegger. Do you think you need fancy equipment to get fit? Think again and listen to Arnold.
Take off that Fitbit. Exercise alone won’t make you lose weight. – The Washington Post. Not just for fitbit users, but anyone trying to lose weight. You need to cut back on eating to make gains (though with enough exercise over time, you can lose that way too).
Dwayne ‘The Rock’ Johnson Eats About 821 Pounds Of Cod Per Year | FiveThirtyEight. On the other hand, here is an extreme example of what massive amounts of exercise can do to your diet. The Rock eats alot. ALOT. See for yourself.
The Rise of the Spornosexual. Finally, this post is a good one on anyone who wants to go from blah to fit. (The image above is from this piece.) It’s a spartan life to get that way, but it is within the range of the possible for anyone dedicated. Like you, perhaps?  (And yes, they use a bunch of tricks to make the After photo look fitter than the Before photo, but still, the dude is fitter.)

Comments Off on Thinking of getting fit this summer? You need my fitness link pack

Posted on June 19, 2015 | Comments Off on Newt Gingrich reviews the Apple Watch and it’s worthwhile

Mashable seems to have taken Newt on staff to do tech reviews and here he is the first piece of his I’ve come across: Newt Gingrich reviews the Apple Watch.

I was surprised, but I found his review well suited for non-technical people who are wondering if such and such technology is worth it for them.  If you fall into that category, you should get some benefit out of what he writes.

The modern history of comic based Hollywood movies is here

Posted on June 19, 2015 | Comments Off on The modern history of comic based Hollywood movies is here

The modern history of comic based Hollywood movies is here (via VOX) and it’s great. It starts with this:

Though they both center on a certain caped crusader, Christopher Nolan’s Batman Begins (2005) and Joel Schumacher’s Batman Forever (1995) couldn’t be more different. One is regarded as a cinematic treasure; the other is viewed as beautiful, colorful garbage

It goes on to review how films centred on superheroes have been progressing since Tim Burton’s Batman in the beginning of the 1980s and reviews films all the way to 2015. There’s been significant change in the genre in that 35 years, as you might expect. And it looks like it is about to undergo another change.

Like alot of genre films, it’s can be easy to dismiss genre films like this as something outside the mainstream of cinema and not worth discussing. My own view is that comic book films are films first and foremost, and when good directors like Nolan and Burton direct them, you end up with really good films. This has always been true for genre films, not just super hero movies.

For fans of such films, or film in general, it’s well worth a read and a consideration.

Do you need tools for a safer PC ?

Of course you do: everyone does. Therefore check this out: Tools for a Safer PC — Krebs on Security.

Comments Off on Do you need tools for a safer PC ?

Some genius came up with a recipe for Sriracha Maple Bacon

Posted on June 16, 2015 | Comments Off on Some genius came up with a recipe for Sriracha Maple Bacon 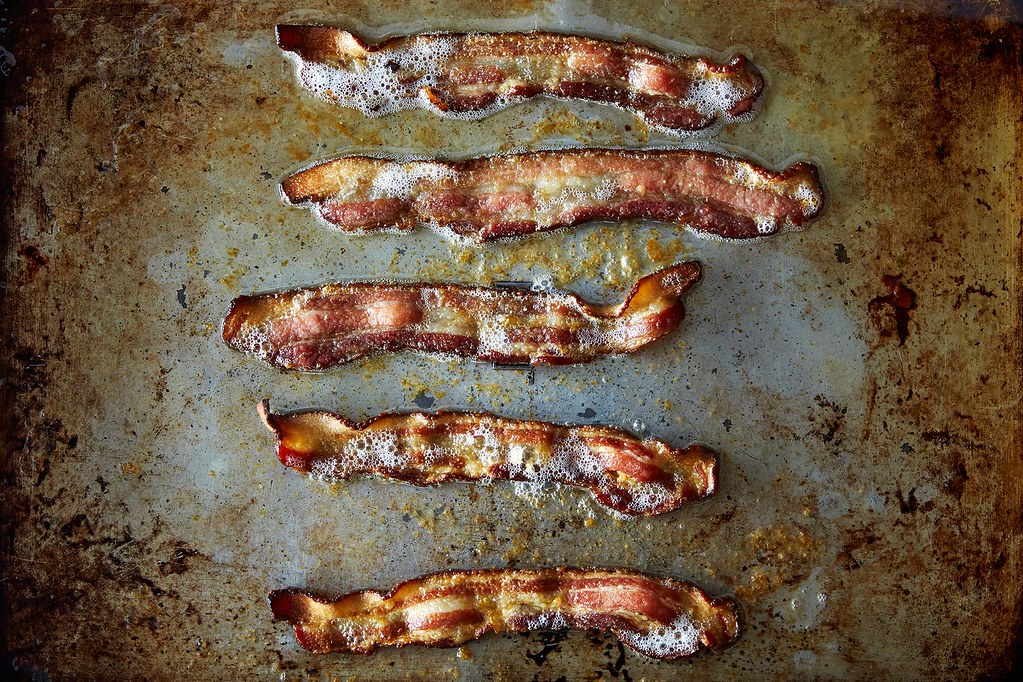 And you can get it here: Sriracha Maple Bacon Recipe – Breakfast of Champions. Thanks, Food 52!

The good people at Food52.com also have arguably the best way to cook bacon as well at this link.

(Photo from a link to the articles listed above.)

Personal drones are getting smaller and cheaper. What that leads to.

Posted on June 16, 2015 | Comments Off on Personal drones are getting smaller and cheaper. What that leads to.

As you can see, this new drone (Micro Drone 3.0: Flight in the Palm of Your Hand,  Indiegogo) is really small. Also relatively cheap. Like other IT, I expect personal drones will only get smaller and cheaper. The only limit will likely be how big they have to be in order not to get blown away.

I have heard people come up with innovative ways of using personal drones. For example, some home inspectors are using them to check out hard to reach parts of people’s house in order to see if they are in good shape or not. That’s great.

But there are going to be lots of other ways that people use them which may not be so desirable. The most obvious one is invading people’s privacy. It is one thing to inspect a house when no one is in it: it’s another to do so when someone lives there. Instead of prank phone calls, we’ll have prank drone visits.

How people protect their rights in such cases will be difficult. Drones will raise a number of legal questions. For example, what is your recourse if someone has a drone follow you around? Or if someone has a drone hovering in a public place outside your home? Can you fly a drone above an outdoor concert so you can record it? Can you attack drones that fly into your personal airspace? Will there be security drones that keep other drones off people’s property? If you post a video of a drone visit to a property on YouTube and someone uses that video to help them rob that property, are you an accomplice?

There has been some good work on drones being done by government agencies like Transport Canada, but I think the technology is going to challenge governments and courts to keep up. Expect to see more and more debate on drones in the coming months and years.

As far as this particular drone, Mashable has more on it here.

Comments Off on Personal drones are getting smaller and cheaper. What that leads to.

What do Renaissance artists and animators have in common?

Posted on June 15, 2015 | Comments Off on What do Renaissance artists and animators have in common?

Cartoons! Well, there’s more to it than that, as this fascinating post shows: The secret to great Renaissance art: tracing (Vox).

I knew Renaissance artists did sketches: I didn’t know that they used them as stencils. In hindsight, it makes sense: to make such great paintings, it is best to work them out in detail first and then focus on paint.

Comments Off on What do Renaissance artists and animators have in common?

Since I have been using Twitter, it’s been in trouble. And according to this really good piece, Twitter is in trouble. Here’s why. – Vox, it still is! What is new is the the type of trouble it is in. Previous troubles were technical and then social. Now it’s business trouble.

Otherwise they are going to become MySpace.

Posted in IT, socialmedia

Do you like Korean BBQ ribs? If so, you need this

This recipe for a Slow-cooked Asian Roast (from Chatelaine) is something easily adaptable to other dishes. Meat, onion and garlic aside, you can mix up the other ingredients use it for an overnight marinade for beef or pork or chicken that you quickly cook. You can also use it for things you want to simmer on the stove for awhile. And of course you can use it for roasts. It goes without saying you could use it for ribs. Whenever you need to impart those flavours you associate with Korean BBQ ribs, then you want this recipe.

A few tips: if you want to add some spice to it, try sriracha. Don’t worry if it doesn’t seem sweet enough at first: when I was braising some pork chops, I found it seemed sweeter the longer I cooked it, so best to leave it cook and then adjust for sweetness at the end. (That also goes for spiciness.)

BTW, if you want a straight up recipe for Korean BBQ ribs, I recommend this one (which is where the image comes from). Now you have options. 🙂

Comments Off on Do you like Korean BBQ ribs? If so, you need this

Why Apple TV will be the Next Big Thing from Apple

Posted on June 9, 2015 | Comments Off on Why Apple TV will be the Next Big Thing from Apple

Why do I think that? Because according to this, Apple TV apps are coming (Business Insider). There are a limited set of apps now, but if Apple steps back and lets other develop apps, the Apple TV device could get really exciting.

Posted in apps, IT

Posted on June 8, 2015 | Comments Off on On the Origins of Motivation at Work – good thoughts for a Monday morning

If you are highly motivated at work, that is excellent. If you are not, and need some food for thought that may help fuel you to be more motivated, I recommend this: On the Origins of Motivation at Work from The Book of Life.

An interview with Borges

Posted on June 3, 2015 | Comments Off on An interview with Borges

This 1966  interview, in the Paris Review, is a must read for fan of the writer Jorge Luis Borges.

Comments Off on An interview with Borges