What I find interesting: dealing with getting old

Posted on May 2, 2021 | Comments Off on What I find interesting: dealing with getting old 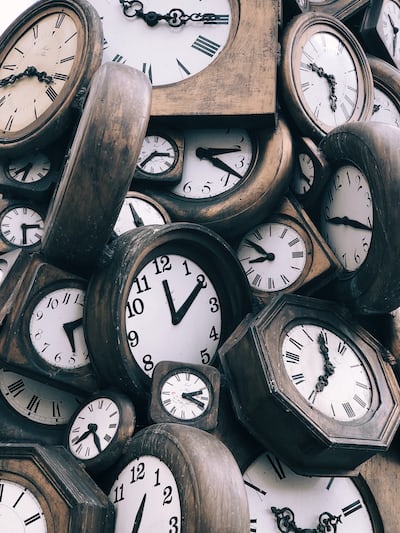 Here’s some links I found around the topic of getting older and retiring. Maybe you aren’t thinking too much about that yet, but you should. For example, here’s a piece about how to have a long, fulfilling career and perhaps never retire. But if you going to retire, here’s how to retire on a fixed chuck of money. To get a fixed amount of cash, you need a plan. This piece can help you get to a million bucks regardless if you are in your 30’s, 40’s, or 50’s.

Money is just one challenge to deal with as you get older. Another is a potentially deteriorating brain. Here’s a sobering essay on how this person is preparing for the dementia she believes she will get. One wait to fight such things is to keep your mind active. One way to do that is to engage in activities such as games. Chess, for example. You might think you are too old to learn chess but this person learned when they were 40 and so can you.

(Photo by Jon Tyson on Unsplash)

Comments Off on What I find interesting: dealing with getting old

Congrats! You have a day off! What should you do? 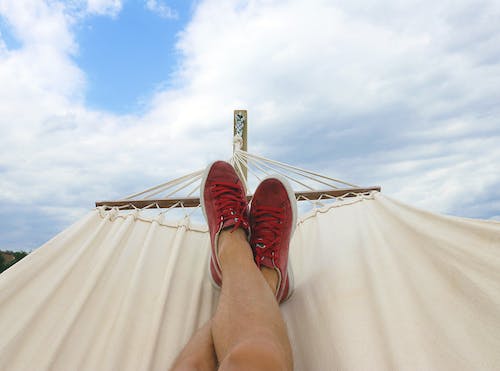 Well, there’s a lot of options, if you go through this list: What to Do With a Day Off – The New York Times. My take is you can either tackle those things you have been putting off (hello! Finances!) or you can literally vacate your normal life and take it easy. Either is good. Better yet: consider being productive this time off and extra lazy the next time.

Enjoy your day. You deserve it.

Posted on May 8, 2019 | Comments Off on Fifteen good links to help you manage your personal finances better

Lots of good stuff here, from how to save money on food, your kids, your transportation….and much more. From the New York Times, Vox, the Cut, and quite a few from a good site for this information called The Simple Dollar.

It looks like the Fed in the US is going to raise rates. It is highly arguable whether it is a good idea. For a long time, it was a bad idea. Despite that, commercial banks recently have been arguing for the Fed to raise rates.  Now whatever reasons they have been given, the true and underlying reason is mentioned here:  Why Bankers Want Rate Hikes – The New York Times.

It is more difficult for banks to make money with lower rates. Higher rates make it easier for them to make money. Hence the push by some of them to raise the rates.

Banks aren’t stupid: they don’t want the economy to tank: they don’t make money that way either. But the sooner rates rise, the easier it is for them. Here’s hoping the US Fed continues to be smart enough to resist the pressure and do the right thing for the American economy.

Is Mark Zuckerberg’s $45 Billion Facebook donation good or not? Best to consider the alternative

In analysing the donation, Forbes (in The Surprising Math In Mark Zuckerberg’s $45 Billion Facebook Donation) sums it up like this:

Mr. Zuckerberg’s pledge is incredibly generous. But it is also likely to involve some very savvy tax planning.

It’s true, the donation is incredibly generous. You can use all the superlatives you want, and it still amounts to something out of the ordinary. Is the donation financial savvy? Of course, but why shouldn’t it be? Either way, will it be spent well? Possibly, possibly not. For that, we will have to wait and see.

As I read people arguing against the donation, I thought about what the alternatives could be. One alternative is no donation at all. Plenty of very rich people donate only a small fraction of their money to good causes. Young billionaires aspiring to be large benefactors is something that should be encouraged, not discouraged. Another alternative is donations to political causes I disagree with. Quite a few billionaires do that. I prefer to see the billions directed otherwise.

As for people arguing for the donation, I wondered if they considered the alternative of the donation going to taxes or charities. Perhaps Zuckerberg will be very good with directing the money, better than the state or NGOs. I’d like to see a good portion go to them, though. Too little of the wealth of the 1% (or .01%) go to paying taxes that pay for a lot of things like social services and health care and the military and infrastructure. More money to pay for those things would be better. Likewise, well run charities are already up and running and could spend the money in efficient ways that a new organization cannot.

This donation is a positive thing, but you should still be able to think critically of it. Mark Zuckerberg is a smart guy and he’s maturing. Let’s hope he uses his good fortune to do good in the world.

Two quick reads on Greece: one good, one glib.

Here’s two views on Greece: one good, one glib.

I’m a fan of Michael Lewis, but this piece of his, Greece Saunters Across the Autobahn – Bloomberg View, is glib at best. It feels like he had to bang out a few hundred words on Greece or he had this Berkeley story he’s been itching to use and finally found a place.

It’s still worth reading, because he is a good writer and his thinking is likely what many people are reading. But don’t read it thinking you will get a better understanding of why Greece is in the state it is in.

After skimming that, read this: Europe’s Attack on Greek Democracy by Joseph E. Stiglitz – Project Syndicate.

It sums up what I’ve been reading by people who are more aware of what is happening in Greece. You will come away shaking your head, as you should. For what is happening makes no sense from an economic viewpoint. But then, much of Europe has been making poor choices with their economies since the Great Recession started., mainly for ideological reasons.

Comments Off on Two quick reads on Greece: one good, one glib.

Posted on February 26, 2015 | Comments Off on The Performance of Many Hedge Funds Comes Down to Owning *ONE* company

The one company? Apple. How dependent are the hedge funds? According to Bloomberg Business:

A group of companies representing the most popular long positions for hedge funds is up just 0.2 percent in 2015, compared to a 2.3 percent gain for the Standard & Poor’s 500 Index, data compiled by Goldman Sachs show. A 19 percent year-to-date increase for Apple, which is owned by one in every five hedge funds and is a top-10 position for 12 percent of them, has provided a needed boost, the firm said.

That’s a bad thing. A similar thing happened in Canada when fund managers held large holdings in companies like Nortel and RIM. It didn’t end well.

For more, see this: The Performance of Many Hedge Funds Just Comes Down to Owning Apple – Bloomberg Business.