I am starting mine. Two weeks. Two weeks needs not one but two classics from the 80s:

May you enjoy your holidays and vacation, whenever it occurs.

Two initiatives IBM is promoting for women of all ages

Posted on July 24, 2015 | Comments Off on Two initiatives IBM is promoting for women of all ages

On this page IBM & Open Source for the Enterprise Developer, there is alot happening, but I want to highlight two things that IBM is doing.

…partnering with Girls Who Code to promote gender diversity in software development. This summer, we’re hosting a seven-week immersion program for dozens of female high school students in New York City. In 2016, we’re taking it across the country.

We’re also working with GSVlabs to help women return to work in greater numbers than ever before by offering mentorship and placement programs after multi-year sabbaticals. In focusing on cloud development, IBM hopes to attract women back to the workforce with a new set of skills.

My daughter has an etsy store so of course I must promote it! :) 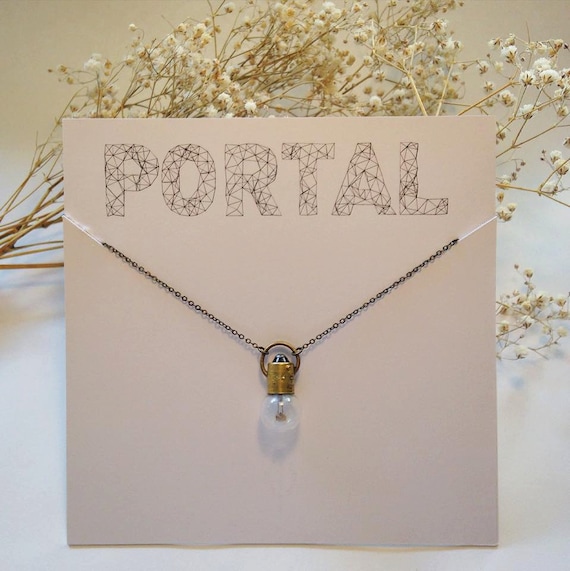 The link to her store is here: Light Bulb Pendant Necklace by PortalJewelry on Etsy. Please send her all your spare cash so she can get rich and take care of her Dad. 🙂

It seems only yesterday I was helping her set up a blog to write about her summer, and now this. Time flies.

Comments Off on My daughter has an etsy store so of course I must promote it! :)

Serious about your music? You might want to avoid Apple Music then

If you are serious about your music and you already have alot of digital music, you must read this before getting started with Apple Music: Apple Music is a nightmare and I’m done with it. If you don’t read it and proceed, you may find your music collection in shambles.

Maybe it will be better in a year from now. Based on iTunes, though, I seriously doubt it.

Do you like Apple product design? Then you should know about Dieter Rams

Posted on July 22, 2015 | Comments Off on Do you like Apple product design? Then you should know about Dieter Rams

And if you don’t know about Rams, a good place to start is here: Dieter Rams | The Book of Life. One nice thing about this piece is that you can see many things he designed (including the radio in the photo above, next to the iPod).

Comments Off on Do you like Apple product design? Then you should know about Dieter Rams

The best way to BBQ a chicken isn’t the Beer Can method….it’s this….

For more on this and how to do it — and it is no more difficult than beer can chicken — read this: Beer Can Chicken Is A Lie « Fiesta Farms.

Comments Off on The best way to BBQ a chicken isn’t the Beer Can method….it’s this….

Posted on July 17, 2015 | Comments Off on How to spend a day of your vacation/staycation in a Toronto neighborhood

One way to enjoy a staycation is to visit neighborhoods you normally don’t go to and treat them like you would any neighborhood in a city you are visiting. If you are from Toronto and think this is a good idea, then BlogTO has a number of pages devoted to what you can do in many of this city’s neighborhoods . Here’s a list of some of them I put together:

This list is also great if you are a tourist and want to see what the various neighborhoods of Toronto offer. Toronto has more great neighborhoods not on this list, ones you have likely heard of, like West / Queen West, the Beach/Beaches, and Harbourfront. Add some of these neighborhoods listed above to round out your trip to this city.

Posted on July 15, 2015 | Comments Off on Obama’s moneyball approach to diplomacy

This Vox piece on how Obama does diplomacy is good. While it focuses on Iran, it’s a much broader and more thoughtful analysis of how Obama approaches foreign affairs. Key quote:

Obama’s “undoctrine” starts from the position that there is no need to find a universal foreign policy framework. It’s enough to find specific wins, he believes, and minimize losses.

In his view, foreign policy isn’t a matter of showing strength or trying to make sure that every US action furthers its interests around the entire world. It’s a moneyball approach to foreign affairs: Don’t focus on playing a beautiful game, focus on racking up points at the lowest possible cost. To Obama, that’s how you win.

Obama plays to win, so this shouldn’t surprise people.

Comments Off on Obama’s moneyball approach to diplomacy

An astounding interview of Yanis Varoufakis

Posted on July 13, 2015 | Comments Off on An astounding interview of Yanis Varoufakis

This New Statesman interview of Yanis Varoufakis is astounding. The way he describes negotiations between Greece and other members of the Troika should not surprise me, and yet it does.

You might think: that can’t be right….he’s exaggerating for his own benefit. But many of the things Varoufakis states I have read referenced elsewhere, but in snippets.

Well worth the time spent reading it.

P.S. He has some interesting things to say about Piketty, as well. The link to his critique of Piketty is here.

Comments Off on An astounding interview of Yanis Varoufakis

I find it easy to forget to how to barbeque, since months go by without doing any of it. I am trying to get back into it and get better. If you are in the same position, Bon Appétit has some good advice for both of us, including

Comments Off on BBQ 101: three good tips from Bon Appétit

Why aren’t we becoming more productive with all this new technology?

Posted on July 13, 2015 | Comments Off on Why aren’t we becoming more productive with all this new technology?

Vox raises that question here: All this digital technology isn’t making us more productive – Vox, and it implies that because people are slacking off on the Internet. I think that is incorrect, and here’s why.

The chart that Vox piece has shows big producitivity gains from 1998-2003 and smaller gains after that.

From 1998-2003 was the peak adoption of the Internet by companies. In the early 1990s, companies started to adopt email. In the later 1990s companies started adopting the Web. To me it is not surprising that companies would become more productive and they shifted away from snail mail and faxes to email. And then companies shifted further and started offering services over the Web, I imagine they became much more productive.

Slacking off on the Internet has been a problem since the Web came along. I know, because I used to monitor web server traffic.  I don’t think that is the issue.

I think it is more likely that companies grabbed the big productivity gains from the Internet at the beginning, and then those gains slowed down after.

Furthermore, many of the features on smartphones are aimed at personal use, not professional use. I think smartphones make us more productive personally,  but less so professionall.y

Comments Off on Why aren’t we becoming more productive with all this new technology?

Posted in IT, work

On the unnecessary preciousness of architecture

Posted on July 6, 2015 | Comments Off on On the unnecessary preciousness of architecture

From this, New TD Centre signage reflects a time when brands trump architectural vision – The Globe and Mail, comes this:

Up against that, TD Centre still retains the purity of a temple. And you don’t put billboards on a temple, unless you want to anger the gods.

It’s worth reading that article to get a viewpoint of someone who thinks of architecture as something pure and museum-like.

The author seems to be arguing that building should remain fixed and never change, never learn. If that seems like an odd idea — that building should learn — I recommend this book: How Buildings Learn, by Stewart Brand. You can get it here. Also, if you search for it on Google, you will see alot of material derived from it.

Comments Off on On the unnecessary preciousness of architecture

Some good IT links on cloud, software development, github, python, IoT and more

Posted on July 6, 2015 | Comments Off on Some good IT links on cloud, software development, github, python, IoT and more

As I go through my day, I often find IT links that are of interest to work I am doing. This is my latest set of links. As you can see, I am keen on cloud, software development, github, python, and IoT, to say the least.

Comments Off on Some good IT links on cloud, software development, github, python, IoT and more