Posted on January 21, 2021 | Comments Off on On Frank Gehry’s latest proposed building for Toronto 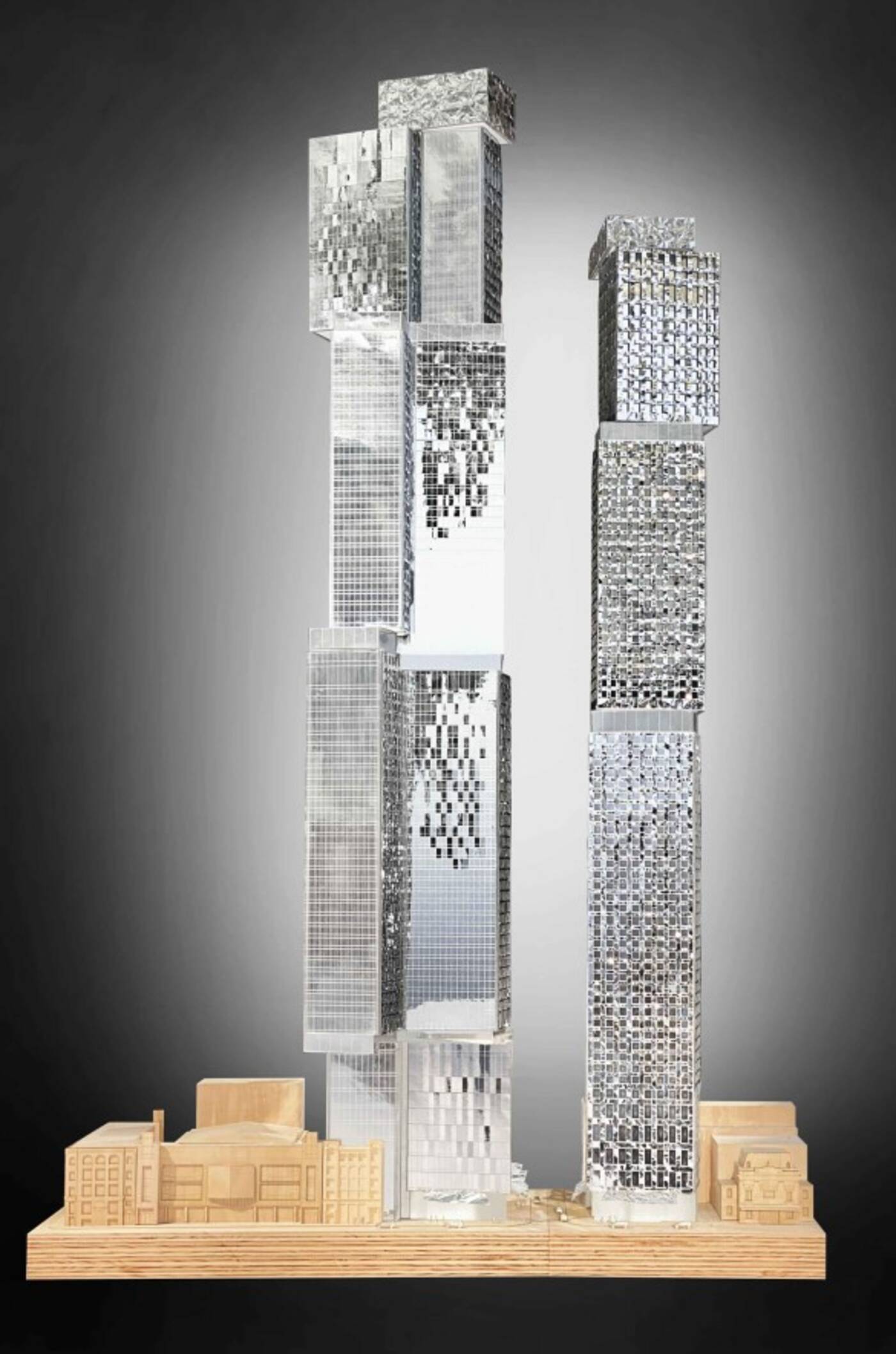 Starchitect Frank Gehry is proposing a new set of towers for Toronto, and BlogTo has the latest on it here: Frank Gehry towers in Toronto updated again and people say they look like cheese graters.

I like it. I like the lack of smoothness to it, a quality so many basic buildings have in the downtown core (though there are many good ones, too).  I like how it looks like towers of blocks slightly askew. I also like it has many units: we need more places for people to live in Toronto.

I do wonder, though, if the final version will look anything like that. Or even if it gets built at all. I vaguely recall that Gehry’s designs for his version of the AGO were scaled back due to lack of money. And the ROM designs of another starchitect, Daniel Libeskind, went through transformations as well, though I believe for different reasons It would be good to have more Gehry in Toronto. If we get it and what it will finally look like remains to be seen. It may not looks like a cheese grater at all by the time it appears on King Street.

The crumbling and outright destruction of “brutalist treasures”

If you are a fan of Brutalism, you will want to visit this: Attack the blocks: brutalist treasures under threat – in pictures | Cities | The Guardian

You might want to even visit them, because for some of them, their days are numbered.

I imagine that in the next 50 years, the number of Brutalist buildings currently existing will be significantly reduced. That would be a shame. Brutalism gets knocked hard, and I can see why. But worse than Brutalist building are boring buildings from all different architectural styles. I’d like to see those go first. The world could use good Brutalism in their cities. Here’s hoping it doesn’t undergo severe decline.

Comments Off on The crumbling and outright destruction of “brutalist treasures”

Tiny homes you can build 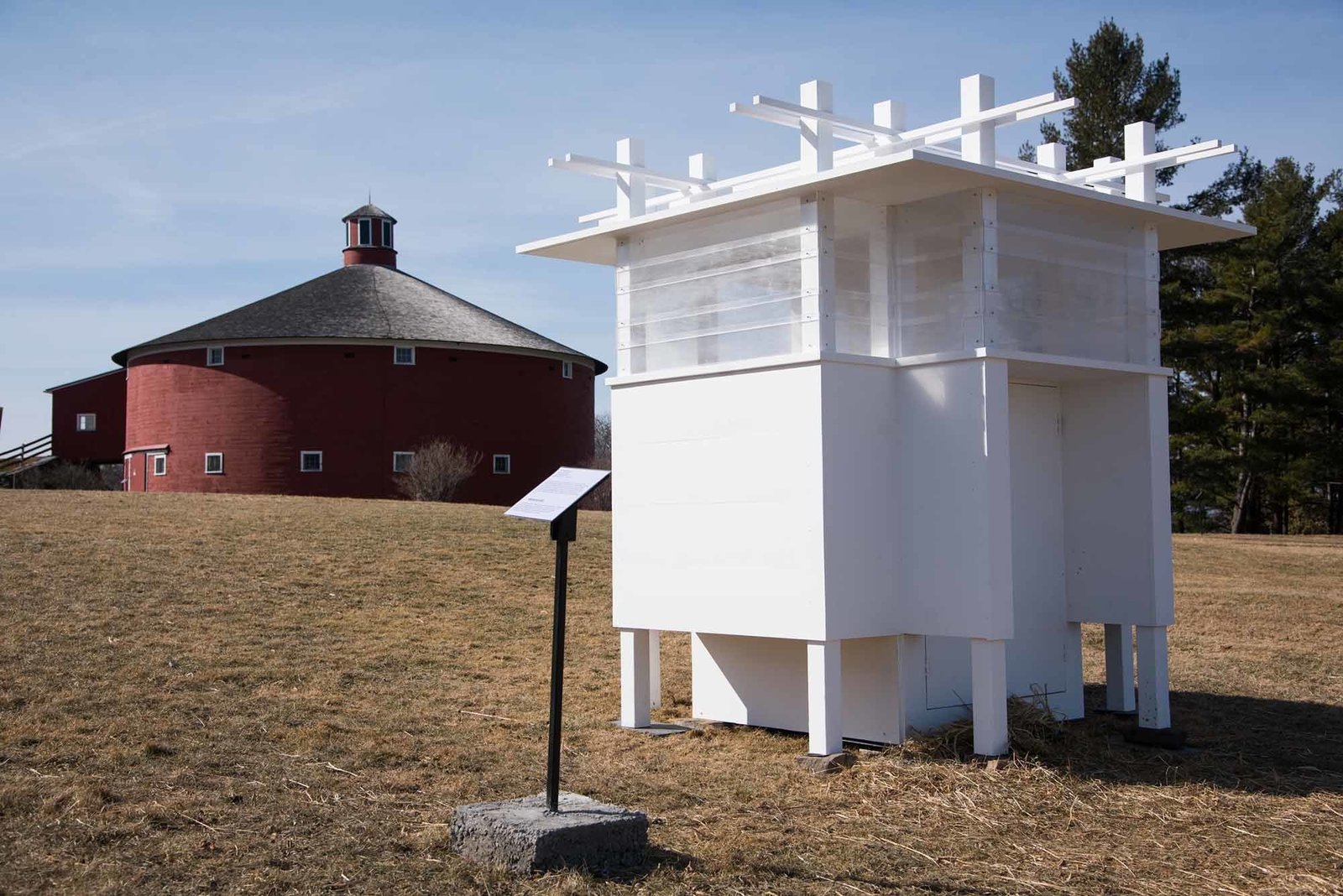 If you want to build a tiny home, Dwell has a nice list of resources for you here. I particularly like the one above. There is a wide range though, and if you are considering building such a home, see Dwell.

Comments Off on Tiny homes you can build

Posted on November 16, 2017 | Comments Off on A peek inside the sublime new NYC residence designed by the great Zaha Hadid

Fortunate souls walking along New York’s High Line can catch a glimpse of the magnificent building pictured above. Now, thanks to Design Milk, you can get to see what it looks like inside by going here: 520 West 28th Condominium Residence by Zaha Hadid – Design Milk.

Not surprisingly, it is as gorgeous on the inside as it is on the outside. I would love to live there. Take a peek inside and you’ll see why.

What makes McMansions bad? The opposite of what makes other houses appealing

Posted on September 15, 2016 | Comments Off on What makes McMansions bad? The opposite of what makes other houses appealing

This piece, Worst of McMansions — McMansions 101: What Makes a McMansion Bad…, not only clearly explains why McMansions are so ugly, but it shows why other houses are appealing. A good primer for anyone interested in buildings and architecture, especially for someone looking to build a new home. I

Comments Off on What makes McMansions bad? The opposite of what makes other houses appealing

Another alternative is the old buildings being torn down and replaced with new storefronts and new buidlings. I think some of that is good, but I also think preservation of old buildings is also good.

When it comes to preservation and improvements of old buildings, I also think that some of them should be preserved outright. However, Toronto is a growing city, and in some cases, we need larger buildings. In that case, facadism is a good compromise.

Now whether or not facadism is effective or not depends on at least two things. The first is how well the new architecture uses the existing architecture. Done well, the marriage of the old and new building results in something that enhances the area and preserves the city while allowing it to grow.  The second thing that determines if facadism is effective is how the new building affects the neighborhood. Here, I think, is the root of the problem. It’s not so much facadism as it is gentrification. Old buildings get preserved, but old stores do not. New developments can cause rents to rise, driving out the stores and organizations that made the neighborhood great. You get bank branches and big chain stores replacing old bookshops and cafes.

I hope the next phase of development tries to understand how to preserve not just the existing architecture, but the neighborhood as well. I realize that is a difficult task, but it is one worth trying to accomplish.

On the unnecessary preciousness of architecture

Posted on July 6, 2015 | Comments Off on On the unnecessary preciousness of architecture

From this, New TD Centre signage reflects a time when brands trump architectural vision – The Globe and Mail, comes this:

Up against that, TD Centre still retains the purity of a temple. And you don’t put billboards on a temple, unless you want to anger the gods.

It’s worth reading that article to get a viewpoint of someone who thinks of architecture as something pure and museum-like.

The author seems to be arguing that building should remain fixed and never change, never learn. If that seems like an odd idea — that building should learn — I recommend this book: How Buildings Learn, by Stewart Brand. You can get it here. Also, if you search for it on Google, you will see alot of material derived from it.

Comments Off on On the unnecessary preciousness of architecture