New office chair and phone ideas (or, be good to your back and head :)) 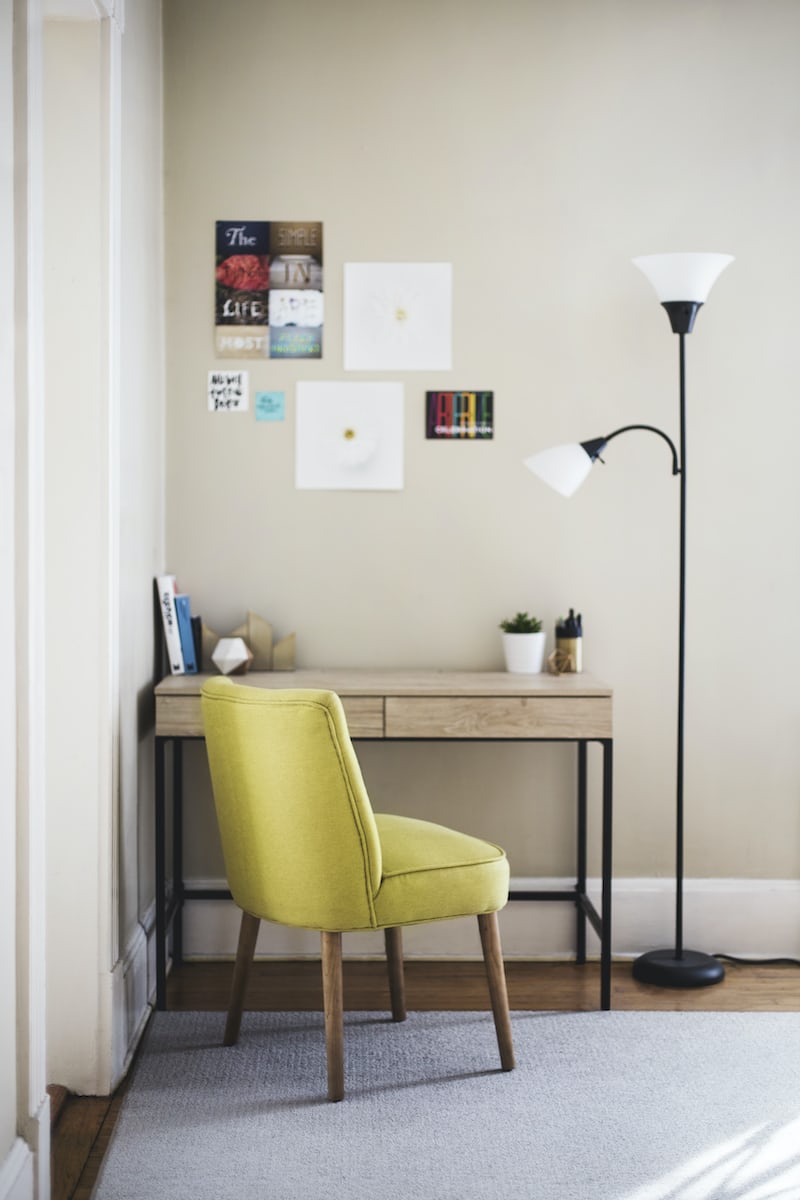 Two things that can make our lives easier as we work from home are a good chair and a good phone. If you are in the market for a new office chair, see this:

Best office chairs of 2021 for your home office or student workstation – TechRepublic.

If you are in the market for a new phone, consider something out of the ordinary, like these minimal phones.

Comments Off on New office chair and phone ideas (or, be good to your back and head :))

Microsoft tries again in the phone business with the Surface Duo

And Verge has the story on this device… Who knows if the world is ready for a Microsoft Phone or a Dual Screen Phone. I predict that dual screen phones like this will become more common in the next few years. Unlike some of the foldable screen phones, this one looks more durable, which will help. As well, phone makers need new designs to entice people to upgrade. And people will want the next new thing (though maybe not from Microsoft). All this adds up to more of these in the hands of cell phone users in the next few years.

That said, I am terrible at making predictions!  But I predict this will see some form of success. 🙂

A love story of a different kind: love of the small phone 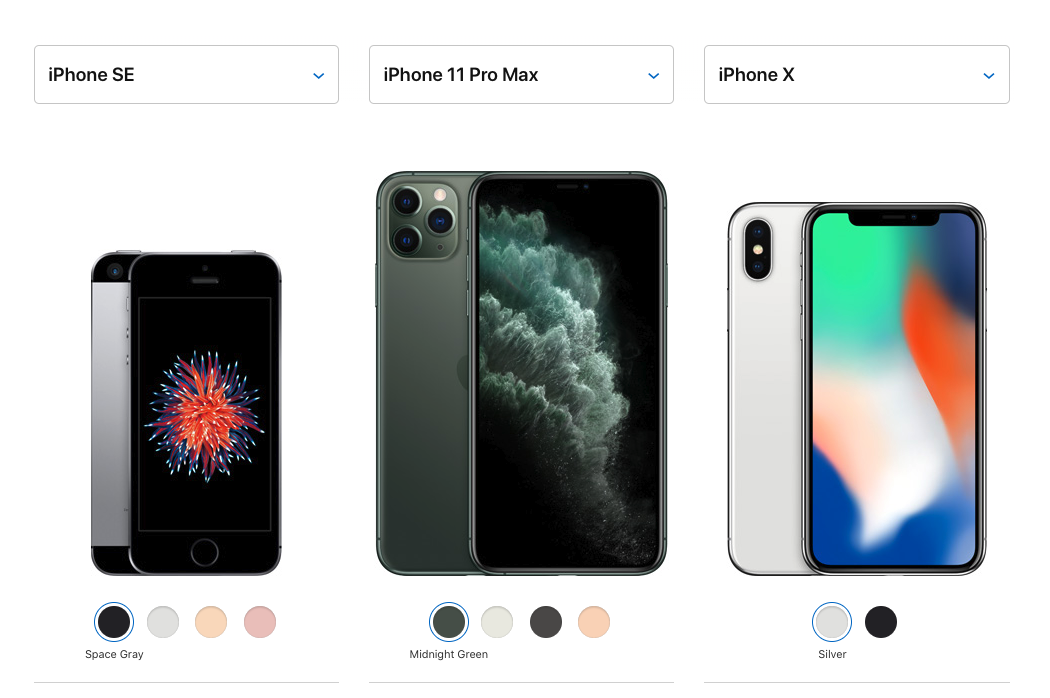 This is a love story in a way, although it’s a love affair with a device: Tim Cook Will Have To Pry My iPhone SE From My Cold, Tiny Hands.

It brings up an interesting thought: that for all the seeming abundance of smart phones, they really have narrowed into a specific style and range. They are all large, glass devices with fancy cameras. That’s what sells, and manufactures have no desire to make anything else. Or maybe they are fearful of trying to make something else.

Some event will occur and innovation and diversity will come to the personal device market. But for now, expect more of less.

(Image linked to in the article)

Comments Off on A love story of a different kind: love of the small phone

So you want to make a phone farm… 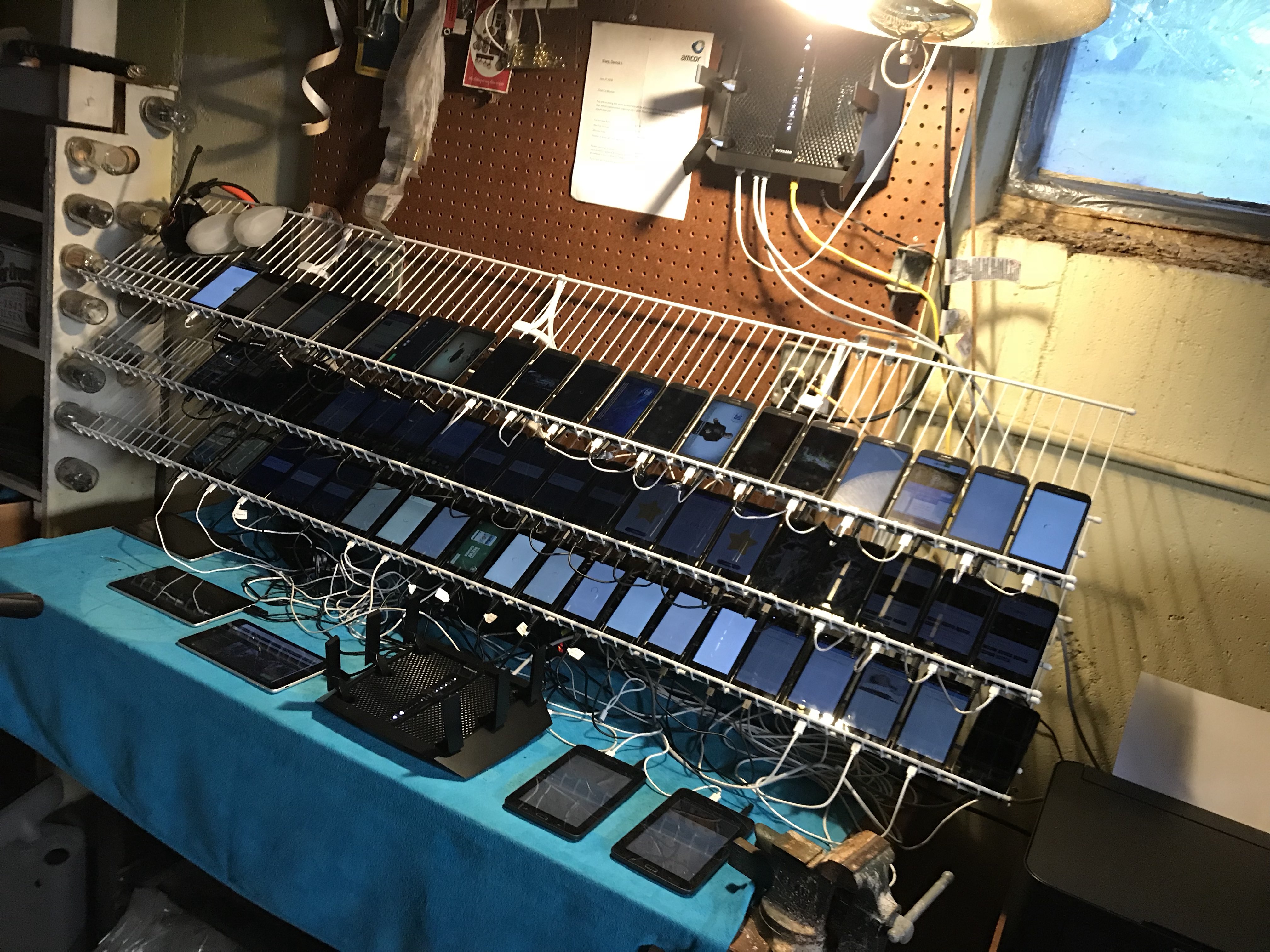 Then read this Vice piece: How to Make a Phone Farm

I’ve seen pictures of Phone Farms in China, but I thought you needed some advanced tech to run them. Turns out, you just need a bit of work and some old phones, and…well for the rest, read the article.

For those who don’t know, Phone Farms are banks of cell phones automated to do the things you do manually with your phone.

P.S. I expect marketers will read this and start to come up with ways to defeat this, if they haven’t already started. This provides a threat to them, and a ramp up of this can be seriously deterimental.

Comments Off on So you want to make a phone farm…

Posted on October 26, 2017 | Comments Off on How to get started making low cost films using your smart phone

Sure, to make a great film, great equipment helps. But as these links (and that photo of Zach Snyder shows), you can also make a good film using the latest smart phone technology. And not just Snyder: Gondry does it too. All the links below can help you get started making films using the technology in your pocket. Your films may not be as good as those, but the sooner you start making films with what you have on hand, the better your later films will be.

Posted on December 15, 2015 | Comments Off on On the future of Apple and the case for an Apple car

The approach laid out in those points is a similar game plan that Apple followed in the smart phone market.

The more I thought about it, the more I am leaning towards Apple getting into the car business, at least in a limited way. The bulk of the market would not be Apple and there likely would still be lots of car manufacturers after Apple jumps in, just like there are many smartphone makers. But Apple would take over the most profitable part of the car manufacturing marketplace.

Read the analyst report: you will get great insight into where Apple is heading.

Posted on September 29, 2015 | Comments Off on Blackberry has a new Android phone coming

And I think it could be successful. First off, it looks good, and it has the famous BlackBerry keyboard. Plus it will work with BlackBerry Enterprise Servers. For some users, this is the best of both worlds. For BlackBerry fans who also want to tap into the benefits of Android devices, this could be for you. More details, here:  BlackBerry Priv — the Android phone formerly known as Venice — is on the way | IT Business.

Comments Off on Blackberry has a new Android phone coming

Why aren’t we becoming more productive with all this new technology?

Posted on July 13, 2015 | Comments Off on Why aren’t we becoming more productive with all this new technology?

Vox raises that question here: All this digital technology isn’t making us more productive – Vox, and it implies that because people are slacking off on the Internet. I think that is incorrect, and here’s why.

The chart that Vox piece has shows big producitivity gains from 1998-2003 and smaller gains after that.

From 1998-2003 was the peak adoption of the Internet by companies. In the early 1990s, companies started to adopt email. In the later 1990s companies started adopting the Web. To me it is not surprising that companies would become more productive and they shifted away from snail mail and faxes to email. And then companies shifted further and started offering services over the Web, I imagine they became much more productive.

Slacking off on the Internet has been a problem since the Web came along. I know, because I used to monitor web server traffic.  I don’t think that is the issue.

I think it is more likely that companies grabbed the big productivity gains from the Internet at the beginning, and then those gains slowed down after.

Furthermore, many of the features on smartphones are aimed at personal use, not professional use. I think smartphones make us more productive personally,  but less so professionall.y

Comments Off on Why aren’t we becoming more productive with all this new technology?

Posted in IT, work