You don’t see too many BlackBerry mobile phones any more. But that doesn’t mean the end of BlackBerry the company. As you can see from this, they are alive and well making technology for automakers: BlackBerry QNX now in 175 million cars | IT Business

BlackBerry says its QNX suite is now in 175 million cars, up from the 150 million it announced at CES this year.

Comments Off on Remember Blackberry?

Is the Citroën Ami One the future of urban vehicles?

I am not sure of the viability of this vehicle, licence or no: You don’t need a licence to drive the Citroën Ami One in Yanko Design,

I do think it is interesting though. And Yanko Design has great photos and a write up on it. Worth reviewing and considering it. We need alternatives to the automobiles we have now. Perhaps this is it.

Comments Off on Is the Citroën Ami One the future of urban vehicles?

Why I think this review of the Tesla Semi is really good.

Posted on December 11, 2017 | Comments Off on Why I think this review of the Tesla Semi is really good. 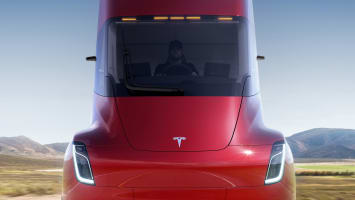 I thought this piece was great: This ex-trucker has some questions about the Tesla Semi – Autoblog.

It punctures the hype behind Tesla’s new truck in the best possible way, by carefully and methodically asking questions and bringing up real life experiences that show the limitations of the truck.

If you are interested in Tesla or the direction of automotives, it is well worth a read.

Comments Off on Why I think this review of the Tesla Semi is really good.

The Apple Car is off (for now)

According to the article below, Apple “has drastically scaled back its automotive ambitions, leading to hundreds of job cuts and a new direction that, for now, no longer includes building its own car, according to people familiar with the project.” Too bad. I expect we will see more and more car related activity from Apple, but a shiny new vehicle may not be one of those things.

Source: How Apple Scaled Back Its Titanic Plan to Take on Detroit – Bloomberg

Comments Off on The Apple Car is off (for now)

Posted on December 15, 2015 | Comments Off on On the future of Apple and the case for an Apple car

The approach laid out in those points is a similar game plan that Apple followed in the smart phone market.

The more I thought about it, the more I am leaning towards Apple getting into the car business, at least in a limited way. The bulk of the market would not be Apple and there likely would still be lots of car manufacturers after Apple jumps in, just like there are many smartphone makers. But Apple would take over the most profitable part of the car manufacturing marketplace.

Read the analyst report: you will get great insight into where Apple is heading.

Apple will not be getting into the car business, no matter what you read, because…

…it makes no business sense. A key take away from the article linked to below:

Ford’s revenue and operating income: $134 billion, 3.9%. Apple’s corresponding numbers: $234 billion, 40%! Or consider the world’s two largest car companies, Toyota and Volkswagen, both of which hover around $200 billion in revenue. Toyota just reported a higher than usual 10% net profit versus Apple’s 22.8%. The Financial Times recently pegged the VW brand’s operating margin at about 2%. (We’ll see how the German auto giant, which was ever so close to taking the industry’s Ichiban ranking from Toyota, extracts itself from its current engine management software troubles.) Yes, the car industry is large (around $2 trillion—that’s two thousand billions), but it grows slowly. In 2015 it saw 2% annual growth—and that was considered a good year.

There are so many other lines of business that could bring more revenue and profit to Apple. Unless the car business changes dramatically — and that is possible — then I can’t see how it makes any business sense for them to become car makers.

For more details on this, see: Why should Apple even bother building a car? – Quartz

Thinking of buying a car? Here’s two links to help you with that

Posted on October 4, 2014 | Comments Off on Thinking of buying a car? Here’s two links to help you with that

Unless you like to impulse buy cars – a very small group, for sure – it helps to have more information before you buy. Here are two links that can help you:

The One Thing You Should Know When You Buy a Car.

This Infographic Reveals the Best Times to Buy a New Car.

Comments Off on Thinking of buying a car? Here’s two links to help you with that