Posted on May 17, 2022 | Comments Off on Today in good robots: reforesting drones 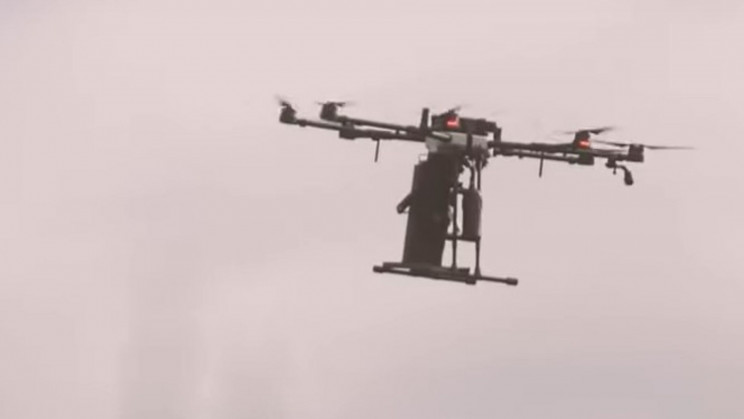 I’m often critical of robots and their relatives here, but these particular drones seem very good indeed. As that linked article explains:

swarms of (theese) seed-firing drones … are planting 40,000 trees a day to fight deforestation…(their) novel technology combines artificial intelligence with specially designed proprietary seed pods that can be fired into the ground from high in the sky. The firm claims that it performs 25 times faster and 80 percent cheaper compared to traditional seed-planting methodologies.

I am sure there is still a role for humans in reforestation, but the faster and cheaper it can be done, the better. A good use of technology.

Comments Off on Today in good robots: reforesting drones

Personal drones are getting smaller and cheaper. What that leads to.

Posted on June 16, 2015 | Comments Off on Personal drones are getting smaller and cheaper. What that leads to.

As you can see, this new drone (Micro Drone 3.0: Flight in the Palm of Your Hand,  Indiegogo) is really small. Also relatively cheap. Like other IT, I expect personal drones will only get smaller and cheaper. The only limit will likely be how big they have to be in order not to get blown away.

I have heard people come up with innovative ways of using personal drones. For example, some home inspectors are using them to check out hard to reach parts of people’s house in order to see if they are in good shape or not. That’s great.

But there are going to be lots of other ways that people use them which may not be so desirable. The most obvious one is invading people’s privacy. It is one thing to inspect a house when no one is in it: it’s another to do so when someone lives there. Instead of prank phone calls, we’ll have prank drone visits.

How people protect their rights in such cases will be difficult. Drones will raise a number of legal questions. For example, what is your recourse if someone has a drone follow you around? Or if someone has a drone hovering in a public place outside your home? Can you fly a drone above an outdoor concert so you can record it? Can you attack drones that fly into your personal airspace? Will there be security drones that keep other drones off people’s property? If you post a video of a drone visit to a property on YouTube and someone uses that video to help them rob that property, are you an accomplice?

There has been some good work on drones being done by government agencies like Transport Canada, but I think the technology is going to challenge governments and courts to keep up. Expect to see more and more debate on drones in the coming months and years.

As far as this particular drone, Mashable has more on it here.

Comments Off on Personal drones are getting smaller and cheaper. What that leads to.

There’s some great photos at the link below, but my favorite may be this one: 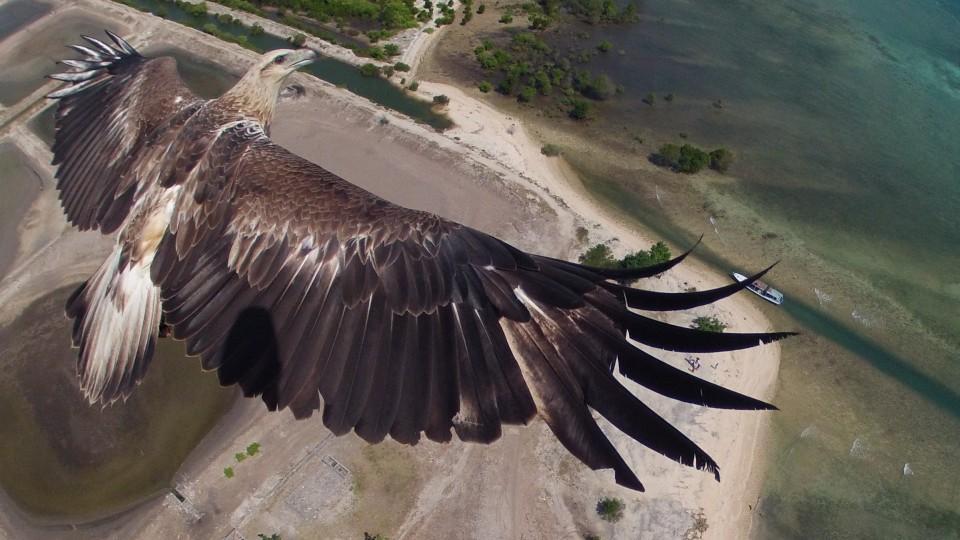 You can actually see the shadow of the drone on the eagle’s wing.
The rest are here: The 15 Best Drone Photos of 2014.

People thinking drones are a new thing for Amazon are mistaken

Posted on December 5, 2013 | Comments Off on People thinking drones are a new thing for Amazon are mistaken

Just last year, Amazon invested in Kiva (The Economy Will Be Roboticized: Amazon Buys Kiva and A day in the life of a warehouse robot), a company that makes warehouse robots. Automation of the supply chain is something Amazon has already been interested in: drones just take it to the next level.

In the future, people will not make manufacture things. The question is: what is next?

Posted on September 24, 2013 | Comments Off on In the future, people will not make manufacture things. The question is: what is next?

As this article in the Wall Street Journal shows, advances in Robots May Revolutionize China’s Electronics Manufacturing. Here is some key parts of the article (underlining is mine):

A new worker’s revolution is rising in China and it doesn’t involve humans. With soaring wages and an aging population, electronics factory managers say the day is approaching when robotic workers will replace people on the Chinese factory floor. A new wave of industrial robots is in development, ranging from high-end humanoid machines with vision, touch and even learning capabilities, to low-cost robots vying to undercut China’s minimum wage.

Over the next five years these technologies will transform China’s factories, executives say, and also fill a growing labor shortage as the country’s youth become increasingly unwilling to perform manual labor. How the transformation plays out will also go a long way in deciding how much of the electronics supply chain remains in China.

Now, I would argue that while wages are relatively higher in China, the idea of them soaring is very relative too. I’d also argue that even if the wages were stagnant, it would not matter, for the robots will become cheaper and more productive year after year. The question isn’t how will robots manufacture every thing, it’s a question of when will they manufacture every thing.

From there, the next question is: what will people do? Who will buy these products? There is a hint of an answer from the realm of software development. As more lower levels of software development were taken over by other software (e.g. assemblers, compilers, IDEs), software developers focus on higher level versions of software and bigger and more complex problems. This could also be the future of manufacturing. People who work in manufacturing will not make the things: they will design the things (e.g., robots and instructions for robots) that make the things and work on more complex ways to make things (e.g., how to take parts made in China, Kenya, and Canada and have them all come together in the same place and as little time as possible).

(Photo is of a concept robot from Delta Electronics).

Comments Off on In the future, people will not make manufacture things. The question is: what is next?