A clock that use literary quotes to tell you the time

Posted on October 14, 2021 | Comments Off on A clock that use literary quotes to tell you the time 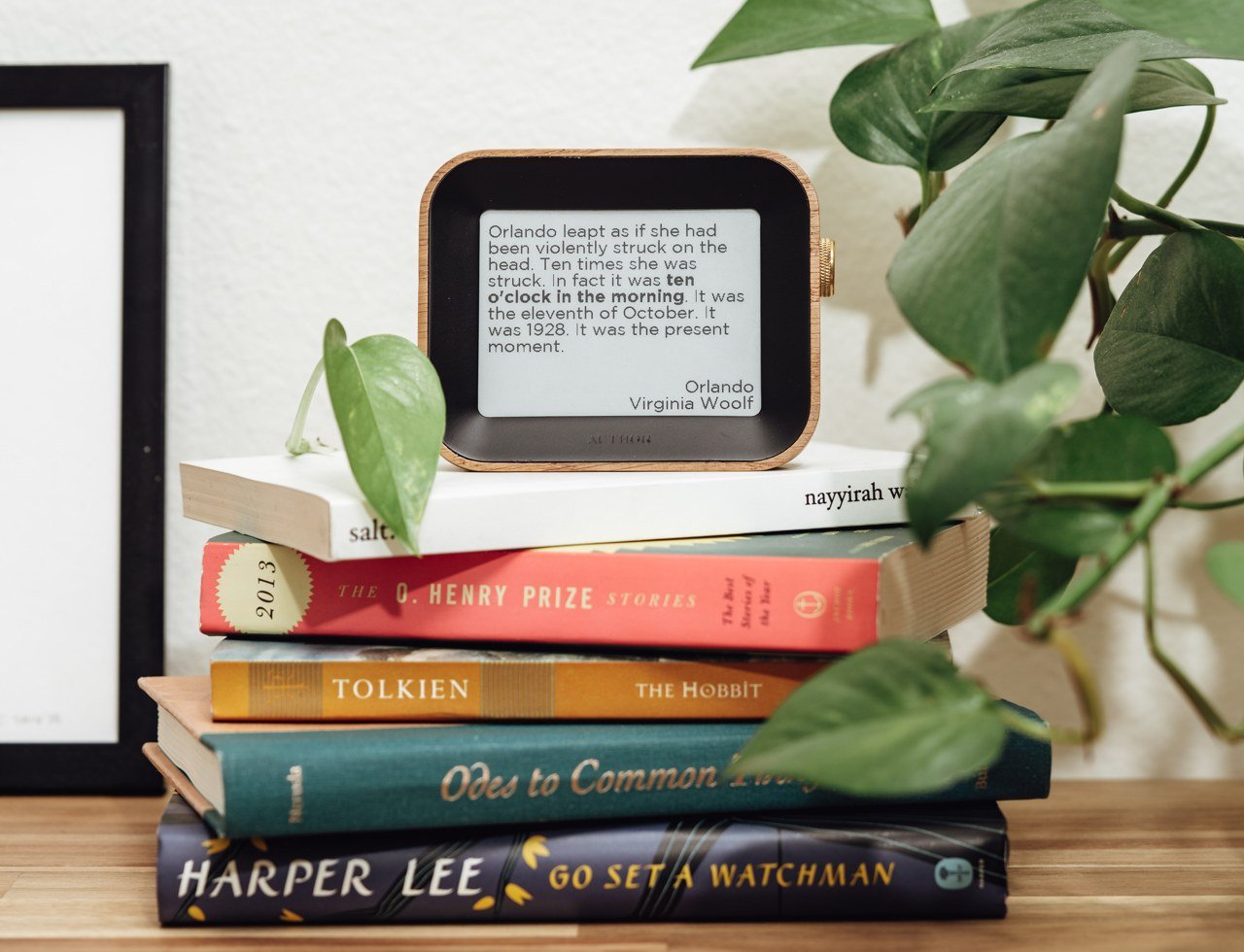 I love this Author Clock show above. It…

…uses passages from literature that have mentions of the time in them… so at 9 o’clock, the clock shows a passage from The Great Gatsby that has the phrase “9 o’clock” in it, and at 12, it displays verses from Hamlet when the clock strikes 12. Ultimately, the Author Clock turns something as mechanical as the ticking of hands into something much more whimsical and joyful… especially if you’re a bookworm or a lover of literature.

Brilliant! You might think it’s not possible that there would be a quote for each minute of each day, but apparently it is.  For more on it, see this piece: This absolutely genius clock uses actual quotes from literature to tell the time! from  Yanko Design

Every story in the world has one of these six basic plots, now proven by data science!

Well, you can determine for yourself whether every story in the world falls into one of these six basic plots:

…by reading this piece on how data scientists ran analysis on stories to see if they do: Every story in the world has one of these six basic plots – BBC Culture

It even comes with graphs! 🙂 Here’s Madame Bovary, following plot #2: 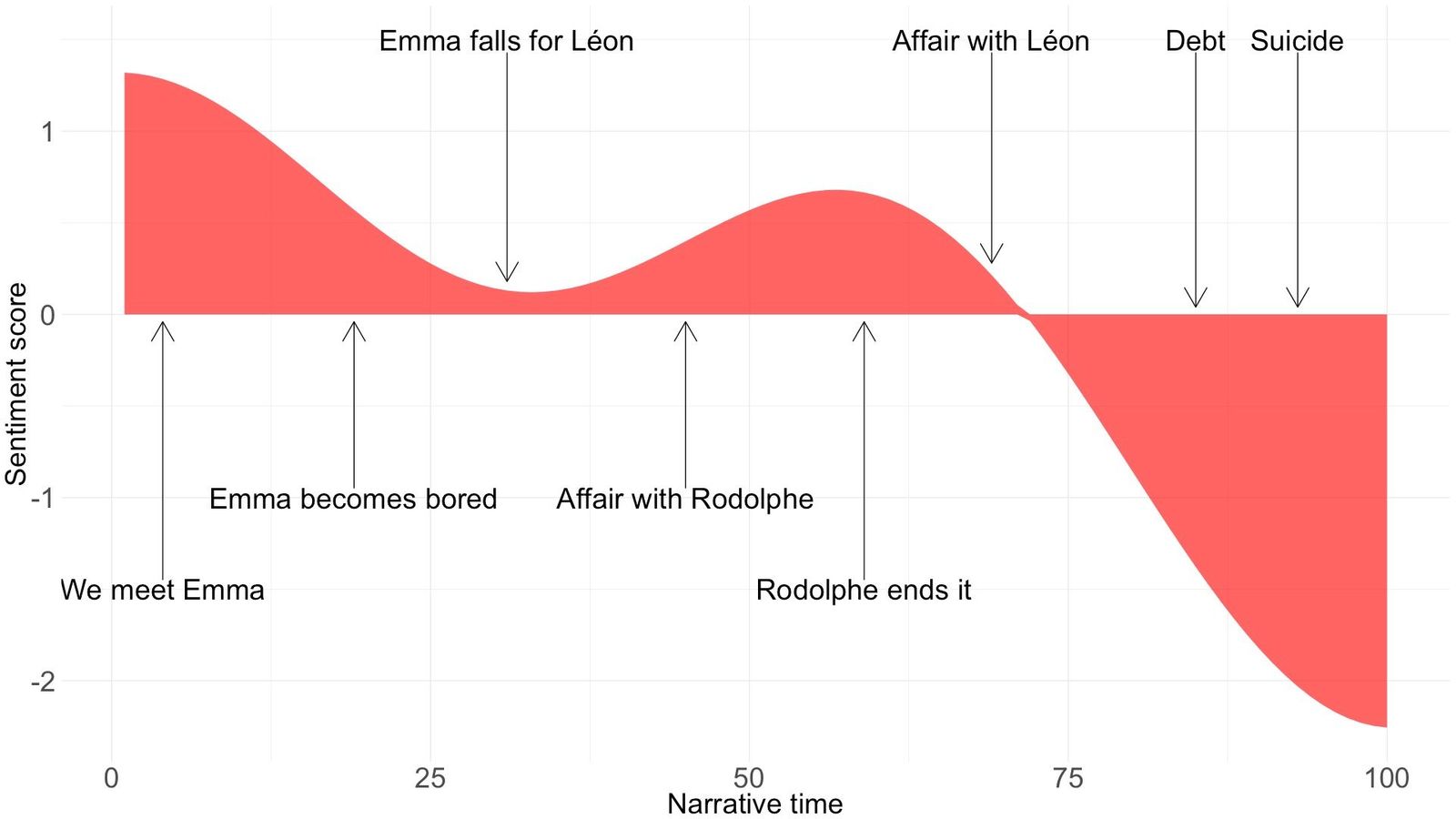 Comments Off on Every story in the world has one of these six basic plots, now proven by data science!

44 short books to help you overcome your reading difficulties

This is brilliant: 44 Short Books to Help You Reach Your Reading Challenge Goal – Goodreads News & Interviews.

It’s a great list of books, for starters. Second, they tell you how long they long they are and a number of them are under 100 or 200 pages.

If you are trying to reach a reading challenge goal, or if you are stuck trying to get started reading, or if you find you never finish books due to their length, then you should check out that list.

17 great, short novels for people like me who struggle to finish larger volumes

Posted on August 6, 2014 | Comments Off on 17 great, short novels for people like me who struggle to finish larger volumes

If like me you want to read better but find yourself struggling to get through massive books that you tend not to finish, this post is for you. Rachel Grate has put together a list of 17 great books that cover a range of old and new, very well known and some less well know. What’s on the list?

As you can see, a great range. I highly recommend you go to the post and read why they are recommended. Then head to your local bookstore and grab a handful.

One of my favourite books is ‘Invisible Cities’: I highly recommend it.

Comments Off on 17 great, short novels for people like me who struggle to finish larger volumes

The 2009 Giller Prize Longlist is worth a look

The Giller Prize short list was announced this week. Among other things, the chattering classes were talking about Margaret Atwood being left off said list. Whatever.

What is noteworthy is that on the Giller Prize web site is also the long list. I think this is good, because anything on such a long list (be it for the Giller Prize or the Booker Prize or any other major prize) would be worth paying attention to. I wish more organizations would share their long list. For if you don’t like those works on the short list, there is likely something on the long list that makes you think: that is something I want to read. Something like Atwood’s new book, for instance.