How to shop smarter online 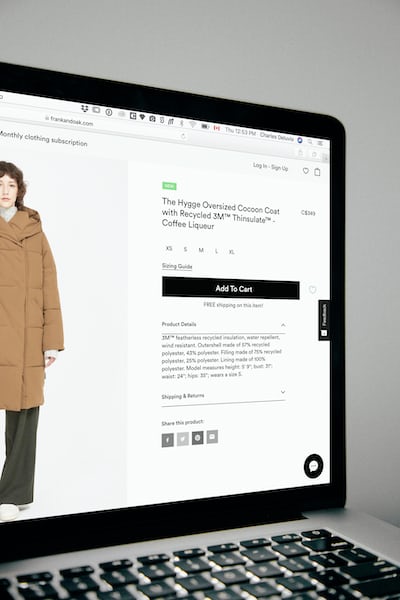 With the pandemic, we’ve all been shopping a lot more online. Even when the pandemic is over, I suspect we will still do so, though not as much. To do it better, I recommend you read this: ‘Will you wear it 30 times? If not, don’t buy’: the experts’ guide to online shopping | Fashion | The Guardian

It’s a smart guide to getting the most out of online shopping.

(Photo by Charles Deluvio on Unsplash)

Comments Off on How to shop smarter online

You know you want to know: how to dress up sweatpants

Posted on January 12, 2021 | Comments Off on You know you want to know: how to dress up sweatpants 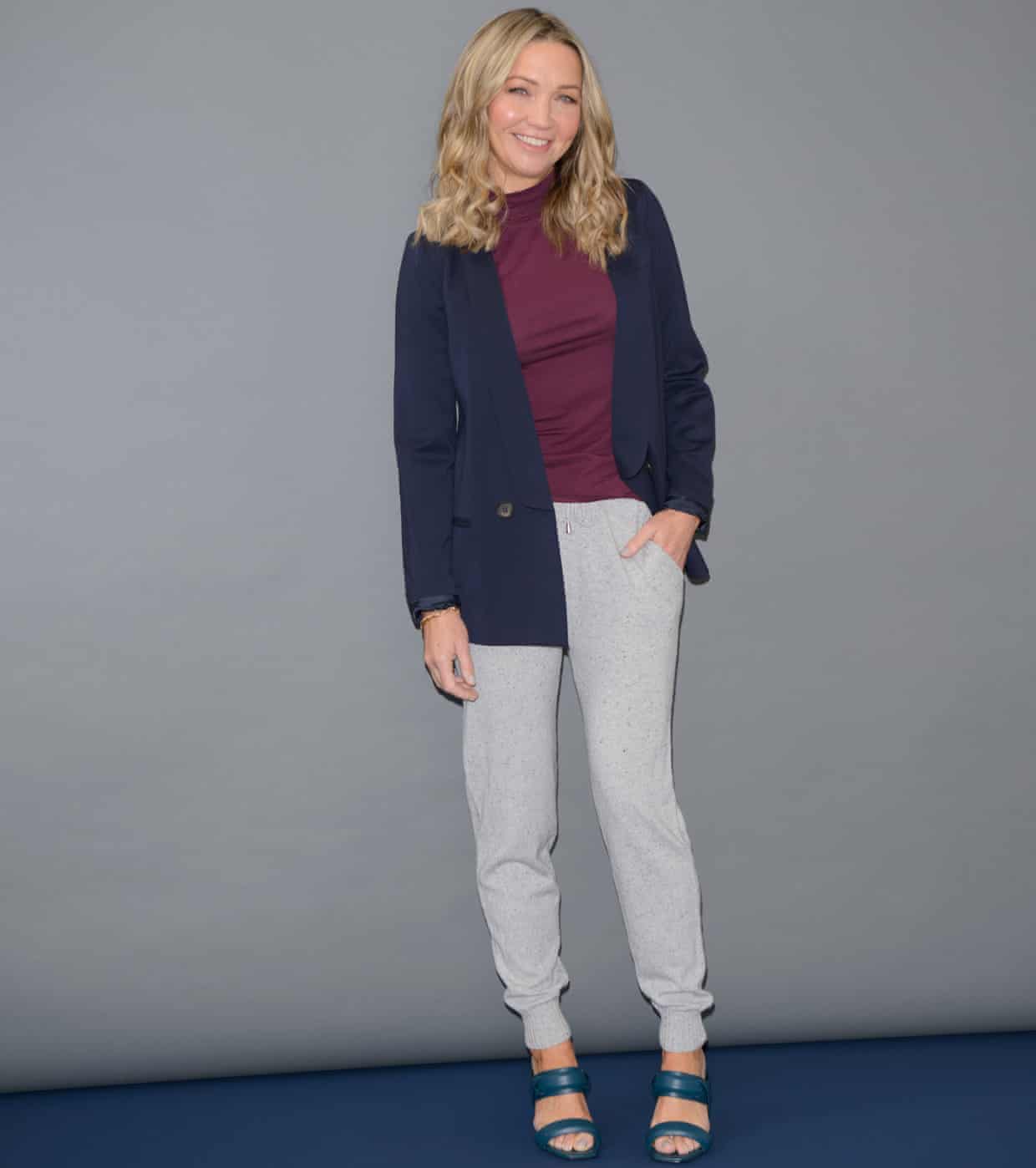 Like many of us, Fashion has thrown in the towel and has decided to embrace sweatpants. Don’t just take my word on it; here’s one of  the Guardian’s fashion writers explaining, well,  How to dress up sweatpants.

Once the pandemic is over, I predict we are going to see a wave of fashion that is the total opposite of sweats. In the meantime, if you are going to wear them, use that article to be both comfy and stylish.

Comments Off on You know you want to know: how to dress up sweatpants

It’s the second week of January. You’ve broken your resolutions. Here’s some better ones for a pandemic

Posted on January 11, 2021 | Comments Off on It’s the second week of January. You’ve broken your resolutions. Here’s some better ones for a pandemic 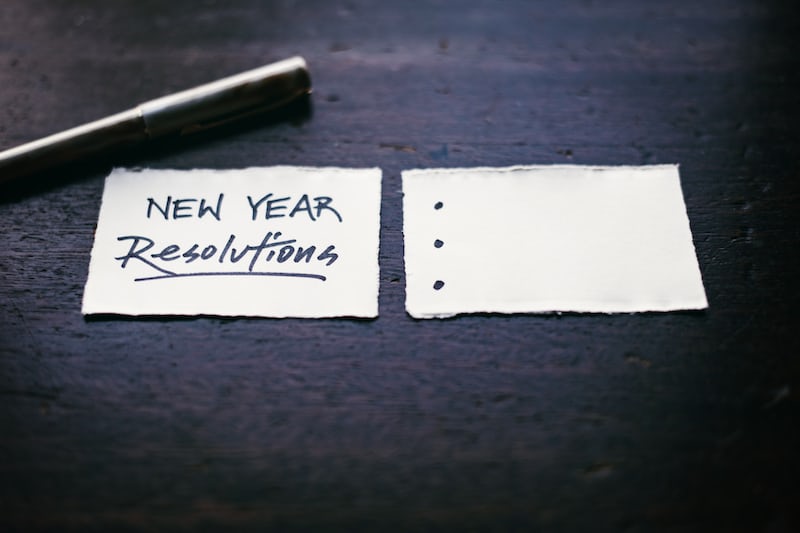 You’ve made resolutions to improve and already you’ve broken some of them. I get it: it’s hard to keep resolutions at the best of times, never mind during a pandemic.  It’s worse if you were hoping those resolutions were what you were going to get you through the rest of the pandemic. You may feel adrift.

Fortunately help is at hand. Here is a good article that will provide you with some gentle resolutions and how you can keep them: I teach a course on happiness at Yale: this is how to make the most of your resolutions | Health & wellbeing | The Guardian.

In a nutshell, be more compassionate with yourself. By doing that, over time you may find you build up enough inner resources to go back and tackle those failed resolutions. Did I say failed? I meant, paused resolutions. 🙂

(Photo by Tim Mossholder on Unsplash)

Comments Off on It’s the second week of January. You’ve broken your resolutions. Here’s some better ones for a pandemic

The race to Mars 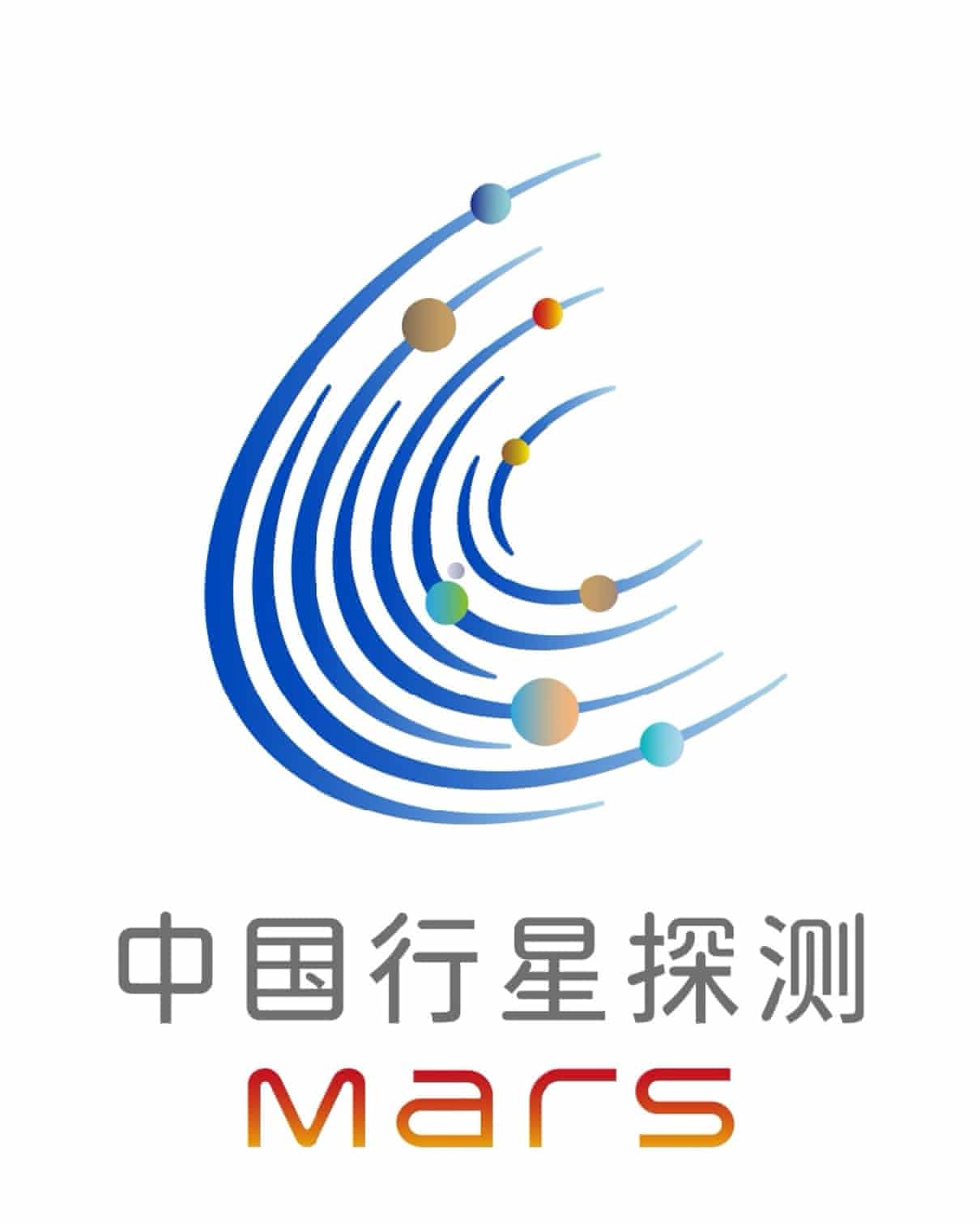 In exciting news, the United States, China and the UAE are all sending missions to explore Mars. It’s not the same as the space race: there have been already a number of visits to Mars. But it’s great that the interest is continuing and we will learn more about the mission as a result.

For more on this, see:  ‘We are all Martians!’: space explorers seek to solve the riddle of life on Mars | Mars | The Guardian

Image via the article.

Comments Off on The race to Mars 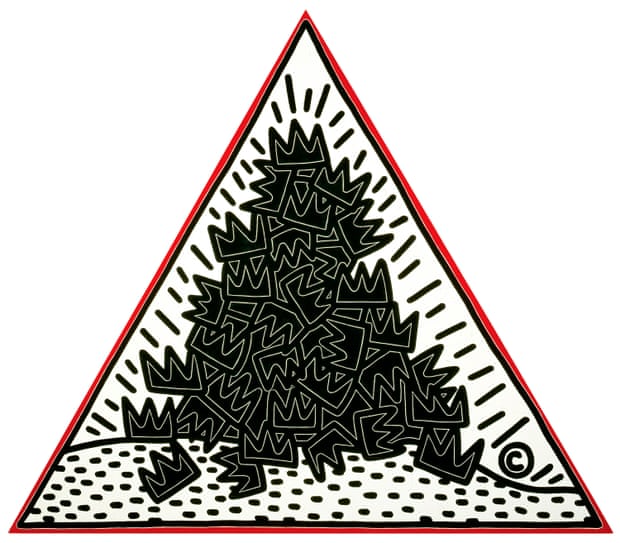 Two ways to relieve stress and be mindful without meditating

The first one is make art. It can be of anything with anything. Draw, make collages, do simple painting. Anything. Why? As David Hockney says:

“We need art, and I do think it can relieve stress,” he said. “What is stress? It’s worrying about something in the future. Art is now.”

And if you can find the ingredients, try and bake bread. It’s also good for getting you to focus on the now and stop worrying about the future.

Read both pieces I’ve linked to. Then get busy.

Three good pieces on Anselm Kiefer, in the Guardian 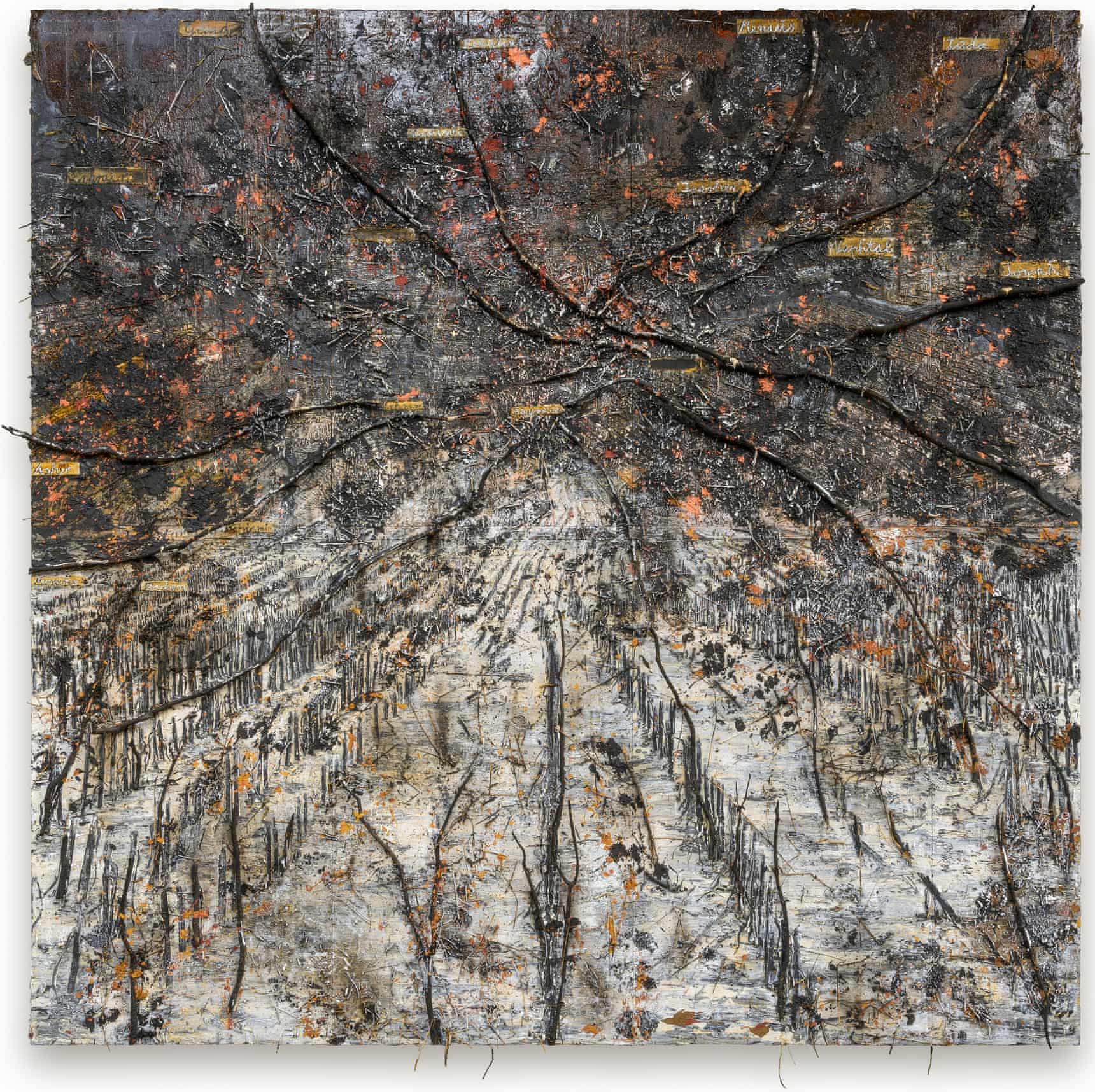 Anselm Kiefer had a big show in England this year, and that lead me down a rabbit hole reading pieces in the Guardian on him.  Never boring in his art work or his interviewers, anyone interested in knowing more about this great German artist can learn more here:

Comments Off on Three good pieces on Anselm Kiefer, in the Guardian

What the smart socialists are wearing these days…

Is socialist slogans spelled out in pinstripe! Interesting. For more on this, see:  Socialist pinstripe: the secret message stitched into Jeremy Corbyn’s new suit | Politics | The Guardian

Comments Off on What the smart socialists are wearing these days… 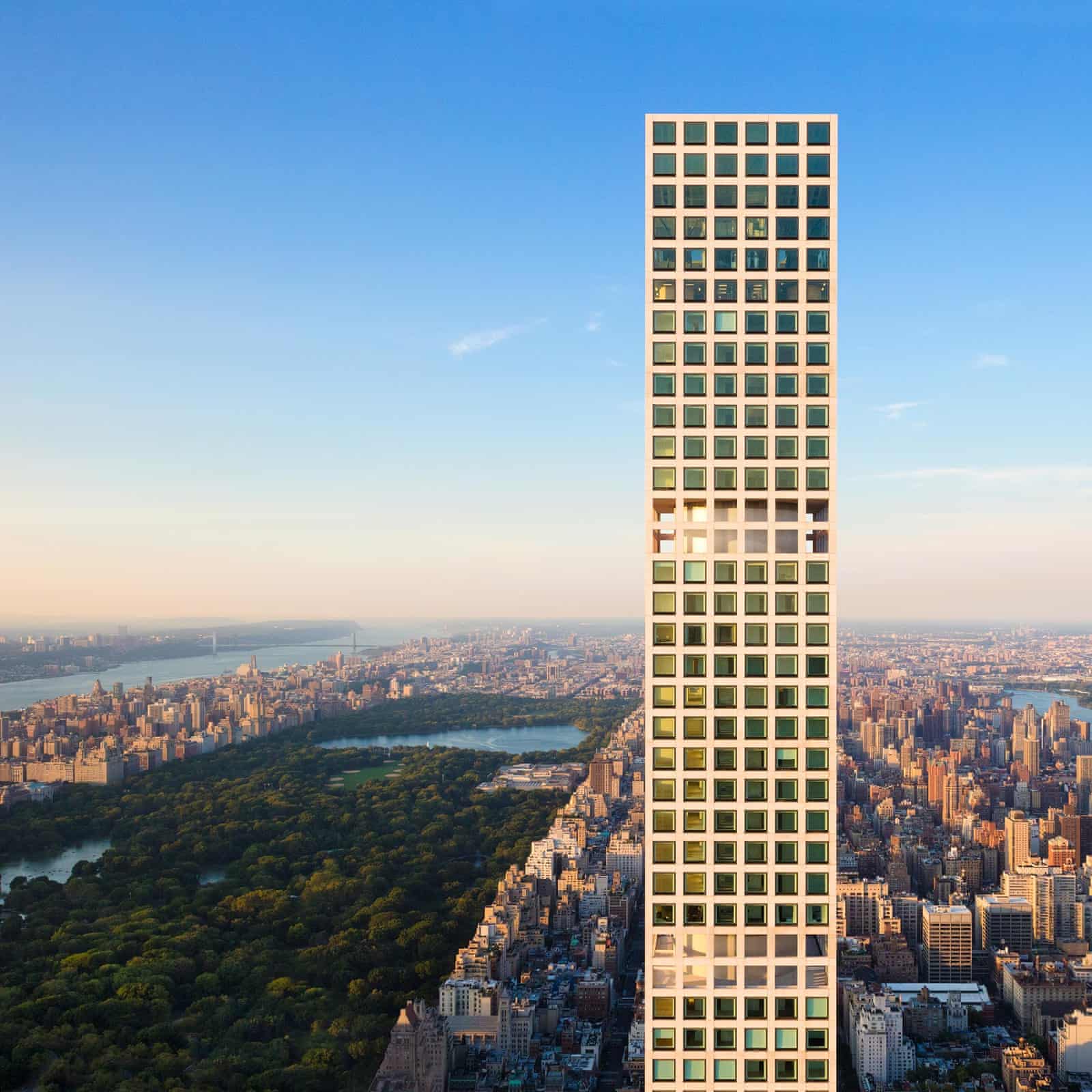 New York City has had skyscrapers for a long time. A new twist on the skyscraper is the super skinny ones popping up all over Manhattan. There’s plenty of reasons for that, and the Guardian well documents that, here: Super-tall, super-skinny, super-expensive: the ‘pencil towers’ of New York’s super-rich | Cities | The Guardian.

I don’t particularly like them, but like all buildings, I am sure they will grow on me over time. They seem too featureless. Their main feature seems to be the thinness. That hardly puts them in the same class as the Chrysler Building or the Empire State Building.

Regardless of your thoughts on them, the article in the Guardian is good.

How to get unstuck from your fitness routine (25 ideas) 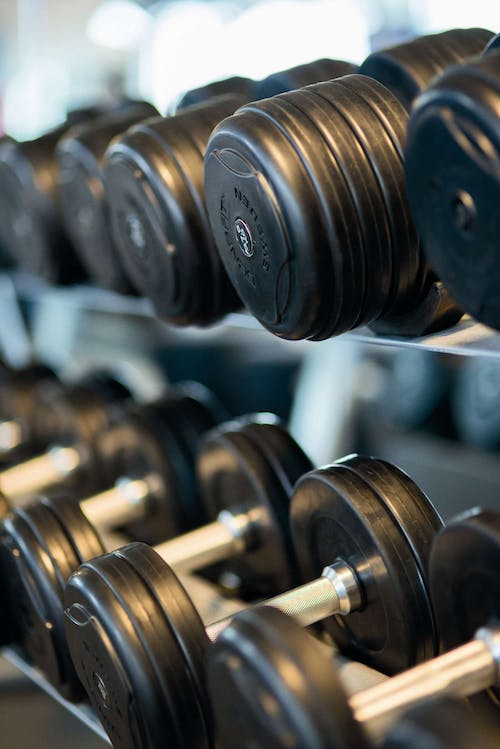 If you fitness routine is stuck or worse, then I highly recommend you read this:  How to Stay Fit Forever: 25 Tips When Life Gets in the Way.

You should find something in that piece to help get you unstuck and get going again. So grab a towel and a water bottle and get moving!

What you should do when you are facing a dilemma 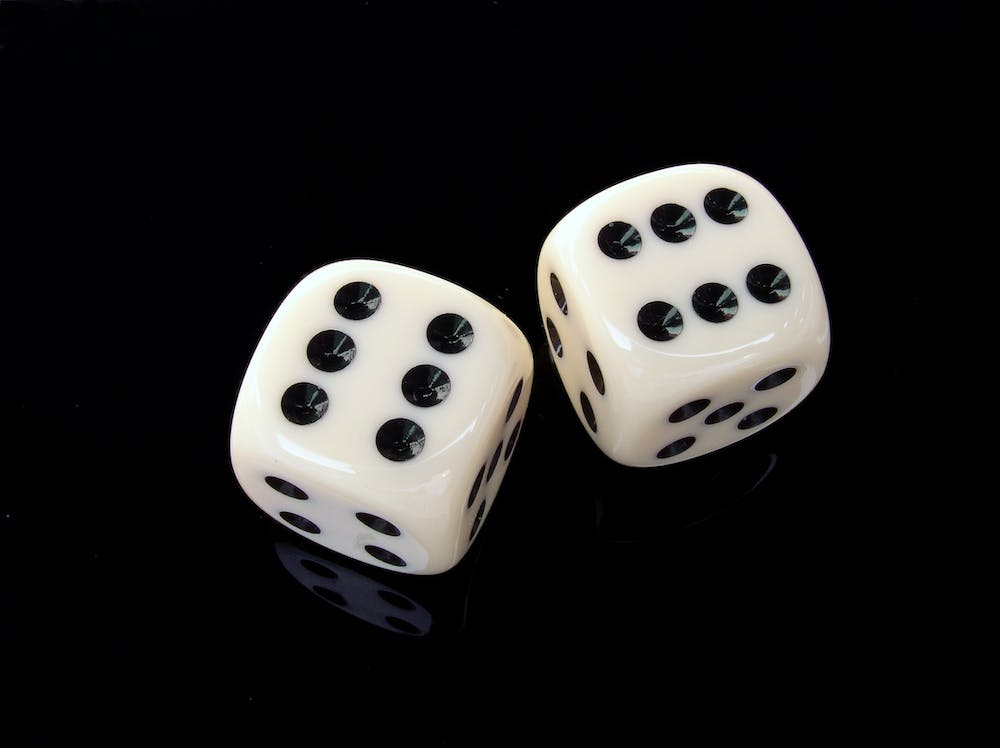 If you’re facing a dilemma, and can’t figure out whether to take the plunge, then all else being equal, you should.

Why? Partially because we tend to stick with the status quo, especially if all the options are bad. Also, because studies show that people that did take the plunge were happier than those that did not.

For more on this, see the Guardian article linked above.

What the Internet is (and what it is not)

This is what the Internet is:

The internet is the wider network that allows computer networks around the world run by companies, governments, universities and other organisations to talk to one another. The result is a mass of cables, computers, data centres, routers, servers, repeaters, satellites and wifi towers that allows digital information to travel around the world.

The quote highlighted above is from this article: What is the internet? 13 key questions answered | Technology | The Guardian. It’s a good introduction to the Internet at a basic level.

Posted on September 2, 2017 | Comments Off on  George Saunders on writing

Yesterday I mentioned Robert Caro and his writing routine. Today, here’s a good piece by George Saunders and what writers really do when they write in The Guardian. Well worth a read.

Comments Off on  George Saunders on writing

Two good articles on David Hockney in the Guardian

Posted on May 21, 2015 | Comments Off on Two good articles on David Hockney in the Guardian

The first one is a summary of his new show in L.A.: David Hockney unveils new works on perspective created in Los Angeles | Art and design | The Guardian.

The second one is a meaty interview: David Hockney: ‘Just because I’m cheeky, doesn’t mean I’m not serious’ | Art and design | The Guardian.

I enjoyed the interview alot: it is a great review of his career, plus it talks about many other great artists of the second part of the 20th century.

Anyone interested in modern art would enjoy both of these.

Going to art galleries this fall? You need a guide to the lingo

Posted on September 12, 2013 | Comments Off on Going to art galleries this fall? You need a guide to the lingo

If you go to galleries occasionally, you may pick up reading material that is written in art-speak. There’s a reason for it, and a guide to how to deal with it, here: A user’s guide to art-speak (The Guardian).

You can ignore the guides and the reading material, but often times it helps to at least take a stab at gaining an expert’s thoughts on the exhibit before you. If it is art-speak, this guide can help.

Comments Off on Going to art galleries this fall? You need a guide to the lingo