Two ways to relieve stress and be mindful without meditating

The first one is make art. It can be of anything with anything. Draw, make collages, do simple painting. Anything. Why? As David Hockney says:

“We need art, and I do think it can relieve stress,” he said. “What is stress? It’s worrying about something in the future. Art is now.”

And if you can find the ingredients, try and bake bread. It’s also good for getting you to focus on the now and stop worrying about the future.

Read both pieces I’ve linked to. Then get busy. 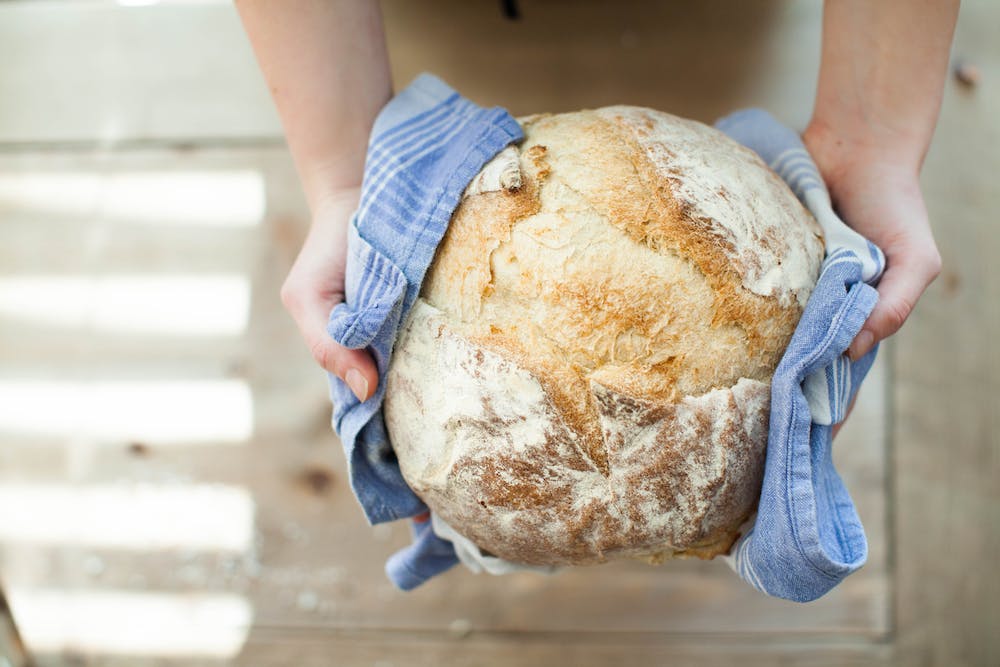 I started thinking this when I read this: How Tech Bros Fell in Love With Baking Bread – Eater.

First thought, I think this is something tech bros do to any subject area they stumble into: they are the equivalent of European explorers “discovering” places that have been inhabited for ages. Second thought, there is something patriarchal about men discovering and improving something as basic as bread.

I love bread. I think everyone would get joy out of learning to make it. And while you can really do amazing things in breadmaking, it should not be seen as something only the rarest of bakers can do.

To get you started, here is a bunch of recipes that are simple and varied. Good luck!

Thoughts on bread making, technical (tips for new bakers from a new baker) 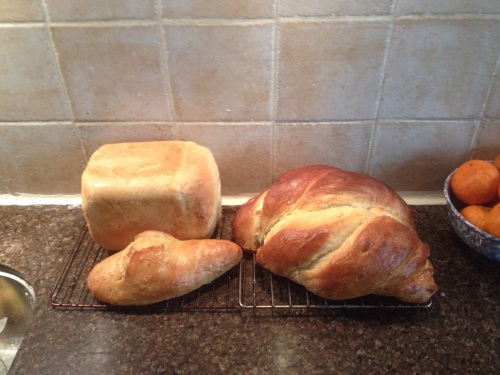 I’ve been planning on making bread for…well, years. I made it decades ago, but for various reasons, I never got back into the habit of making it. The last time I tried was after I picked up the book “Artisan Bread in Five Minutes a Day” and hoped to jump on the no knead bandwagon. But the boule I made wasn’t very good and the book and my bread making went back on the shelf.

Two things happened to me recently to give it another go. First, I found a new copy of “The All New Purity Cook Book”. This book is the one I grew up with, and it is heavily oriented towards bread making. An old cook book, but a great one. Second, I wandered into a store and found a Black and Decker refurbished bread maker for a $29. I decided it was time to try making some bread again. You can see my results above. (And yes, the shapes are off, but hey, I am learning, just like you will be!)

Good luck making the bread. I am sure you will make nicer looking bread for sure.

Posted on April 3, 2014 | Comments Off on Radical Bread Making for people who don’t make bread

The general belief with regards to making bread is that it is hard work, it requires alot of skills, and it demands alot of your time. These two posts here are out to challenge that assumption:

The first recipe shows you how to prepare the loaf up until the point you need to bake it. The second recipe shows how you can use a slow cooker to do it. I haven’t tried this yet, but I think it would be fascinating to try.

It isn’t it going to be as good as something an experienced baker makes, but it will be much better than most anything that comes from a grocery store (unless you are paying alot of money). And in the summertime you can still make bread without having to turn on the oven, if you follow the slow cooker recipe.

P.S. The Kitchn web site has quite a few posts on breadmaking, including this: Recipe: No-Time Bread | The Kitchn.