For people struggling with their kids while they work from home, this piece from The New York Times in 2018 might help. I think a lot depends on the personality of the child, but for some of you, it just might be the thing you need. In a nutshell, they did this:

We devised a personalized morning checklist for each child — with their input. And we created a breakfast menu and a lunch menu, just like the ones they give you in hotels. We’re talking the works here. For breakfast the children can have cereal, muffins, eggs however they want, smoothies. You name it! And the lunch menu is equally expansive. Each night the kids complete their menus for the next day’s breakfast and lunch. 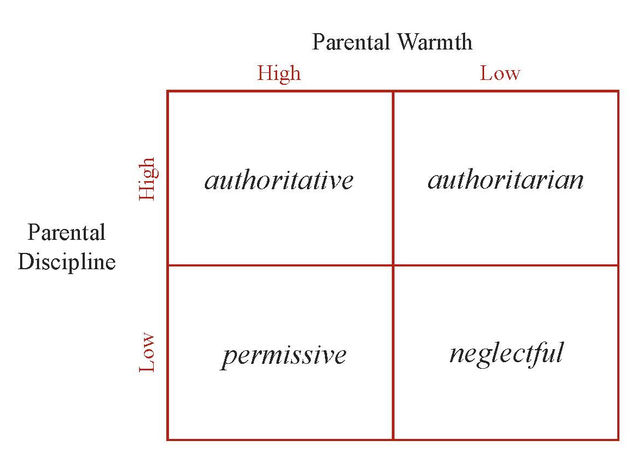 Parenting is a long term play, though it might not seem some days. And some days the effort you put in doesn’t seem to make a difference. But it does. Read that for those days when you wonder if you are doing anything right as a parent.

Comments Off on How Parental Love Impacts Flourishing Later in Life

Advice to young (and not so young) artists. (We are all artists in some way) 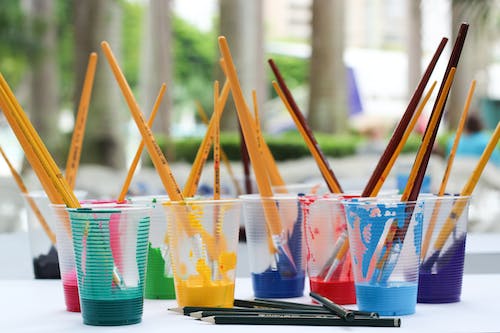 Here are two good pieces full of advice for artists.

One small: None of us know what will happen – Austin Kleon

Key quote from the Austin Kleon piece is this, from Laurie Anderson:

The world may end. You’re right. But that’s not a reason to be scared. None of us know what will happen. Don’t spend time worrying about it. Make the most beautiful thing you can. Try to do that every day. That’s it. You know? What are you working for, posterity? We don’t know if there is any posterity.

Comments Off on Advice to young (and not so young) artists. (We are all artists in some way)

This is good parenting advice: don’t kill your kids even though you want to sometimes….

If you are a parent and don’t need this advice: Parenting Advice: Don’t Kill Them – Ijeoma Oluo – Medium, then kudos to you. You are first among humans.

And if you aren’t a parent, your opinion hardly matters.

Comments Off on This is good parenting advice: don’t kill your kids even though you want to sometimes….

On parenting and the freeing and closing of your mind

There are stages in parenthood when your children occupy all of your mental time, and when they do, you may find your mind is closed. If before parenthood you found yourself open to contemplate and examine ideas, after parenthood you may find that your ability to do that has shutdown. I found that for certain stages of the life of my child, all of my time was spent either focusing on their care or worrying about them. But then there were stages when they settled down and there was less to worry about and my mind freed up again.

If you are a parent and you find yourself wrapped up in the state of your child, you should believe that that will pass, and while you never stop thinking about them, you will find you think / worry about them less. This is a good thing.

Notes for Parents on Summer Day Camps in Toronto

Posted on February 26, 2015 | Comments Off on Notes for Parents on Summer Day Camps in Toronto

My kids spent many years going to summer camps in Toronto. If you have to or want to send your kids to summer camps, you might find these notes useful.

The first two things you need to do: 1) get out a calendar and 2) determine your budget. Do this in February. Really! When you get out a calendar, you will likely see that the kids have 9 weeks off in the summer (for some reason I used to think there were only 8 weeks off for the kids). Next, get a budget, because you will need to account for camp costs as well as transportation costs and extra costs like if you have to pick your kids up late. When you have a calendar and a budget, your camp options will come into clearer focus. Also, you can start thinking about other things happening in the summer, like vacations, visits from family, work assignments, and other things that will affect you.

As far as organizations offering camps, the cheapest camps by far – by far! – are the ones run out of community centers from the City of Toronto. They also fill up really fast. By March, if I recall. Book those first.

North Toronto Soccer had relatively lower costs than most camps. Great if your kid loves soccer. Note: ask how much time the kids spend outside. That can be a very tough camp in the middle of summer. (Not just NT but any outdoor camp.)

My kids liked the film camp at NFB, and it was indoors and so good during some weather, but one year was enough. Also, doing it with kids under 10 was better.

If your kid loves to do art, the AGO camps are great. If you are thinking of becoming a member and signing up, do both: members used to get a break on camp costs.

Harbourfront had some of the most interesting camps. DD loved them, but DS did not. Also, Harbourfront has buses that take your kids to and from camp from various locations around the city. Saves time, costs money. Can be a lifesaver.

Hockey camps are the most expensive, some going for $600 a week. UCC had relatively cheaper ones, but they fill up really fast too. UCC has lots of good camps, and they are in line with camps at places like AGO and NFB, but the hockey ones always filled up right away. Sign up for those first! Also there were hockey camps at Larry Grossman arena that were good and not as expensive.

Another benefit of hockey camps: the kids spend alot of time in not hot facility. Great experience during the hot days of summer.

To save some money, put your kids in camps with long weekends. That one day can save 20-50 bucks

To save more money, take time off and spend time with your kids. Note: this may not be cheap, either. If you plan to take a week off and plan to take your kid to a different venue every day, you will see it will add up. If you want to do this to save money, your goal should be to find activities you both like that aren’t too expensive, be it going to the Islands, having picnics, bike rides, kite building and flying, etc.

Don’t be too dazzled by camp promises. You might think: wow, my kid will learn SO much at this camp. They will learn things. And they will likely have fun. But think of camp as really good babysitting/daycare. Camps are mostly run by teens, and alot of camp time is getting kids to and from locations, feeding them, tracking them, etc. My son hated that. Also some councillors are really great, others are just there to do the minimum. One week my son went to a hockey camp and loved it because the councillors were great. He went to the same camp a few weeks later and didn’t because the councilllors had changed.

See if you and your kid’s friends can go to the same camp. Talk to other parents and try to make this happen, especially if your kid is not extroverted. Camp can be stressful for introverted kids: having old friends can help. Some kids thrive on camps and love them. Others can’t wait to be old enough not to go.

Try to pick up your kids on time. Once camps are done, usually around 4, the councillors will likely round the kids up in one place and more or less have them sit around until you get there. It is super boring, and it will likely make it harder for you to send your kid to such camps in the future.

My kids were done with camp by about 11. I know there were camps that go well into the late teens, but that wasn’t for mine. Likewise, overnight camp was not really an option for mine. Yours may be different.

Keep receipts for all camps. Keep them in one spot. You should be able to get a significant tax break from them, assuming you are paying taxes.