On Barbara Kruger and her 2021 show 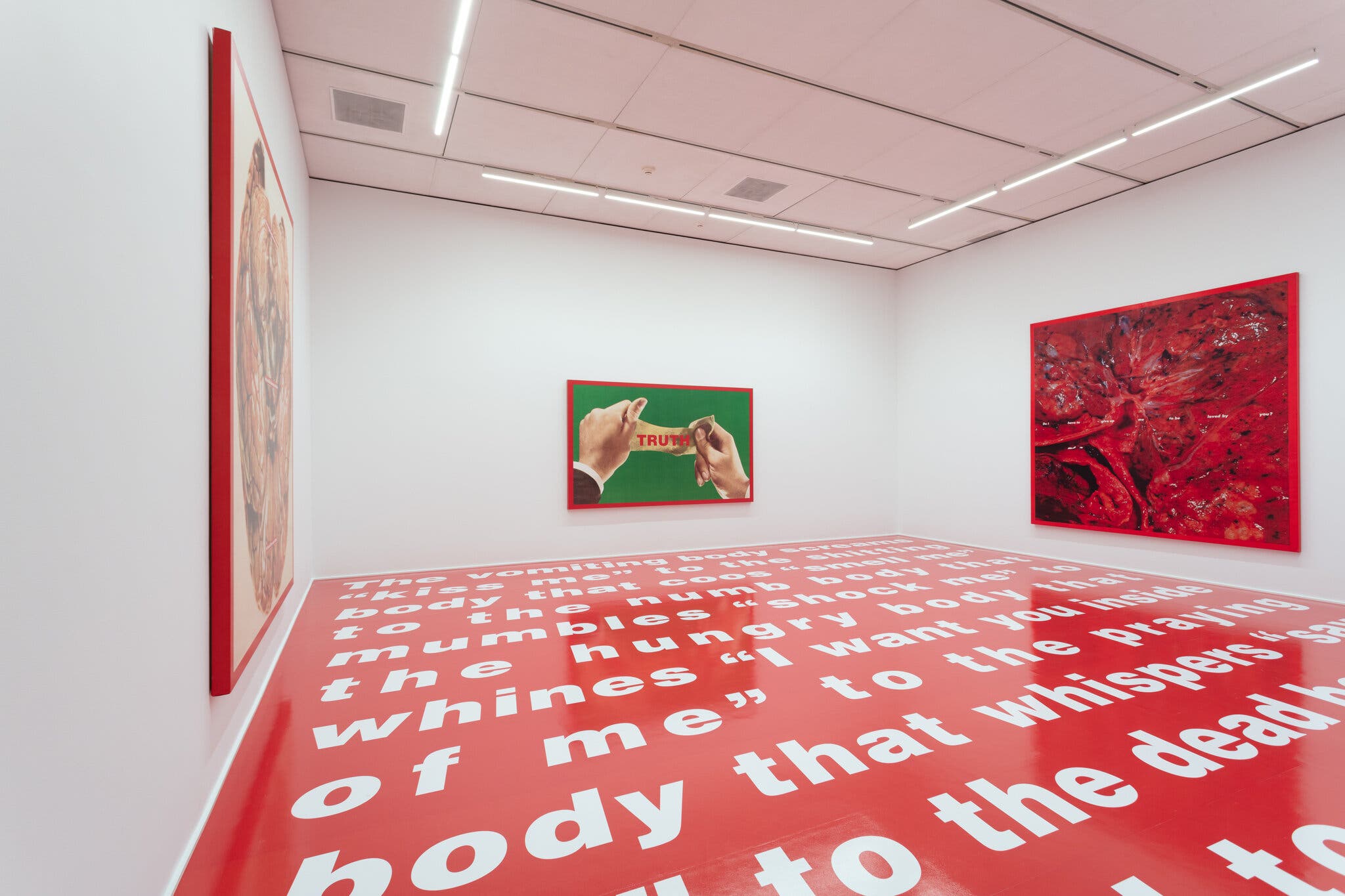 There is a new show of Barbara Kruger’s work called: “THINKING OF YOU. I MEAN ME. I MEAN YOU.” It’s playing from now through to Jan. 24, 2022 at the Art Institute of Chicago.

I had a few thoughts on it. One thought: I believed I had two favorite artists from the 80s (Basquiat and Haring) but it turns out I have three (Kruger).  I had mistakenly not placed her in that era. But as the Times shows:

Since the early 1980s, the engine of her work, and its effectiveness, has been formatting — the candy apple red bar containing white sans serif type, rendered in Futura Bold Oblique, conveying aphorisms that could be taunts or pleas.

(her work started) much more humbly, as paste-ups made by hand, an extension of Kruger’s work as a graphic designer at Condé Nast magazines. Twenty of her 1980s originals are displayed in a suboptimally lit walkway. Up against the room-size works, they feel like modest afterthoughts. But up close they are deeply moving, almost innocent. Each juxtaposes a gnomic phrase with a stark black and white image, but at this scale, they scan more as private entreaties than global dictates — rave fliers for young agitators.

Second thought: just like Basquiat and Haring took their art from the street to the galleries and museums, so did Kruger.  And just like the two men, she is now a dominant part of our culture. Back to the Times:

And that underscores the complexity of revisiting Kruger at this moment in image dissemination: Her strict-rule paste-up approach to interrogating groupthink has become so defining, so signature that her innovations are now core grammar. Her art is recombinant. It exists whether or not she’s present.

Which brings me to my final thought. Sure it is easy to use elements of her work to mimic her (waves to the folks at Supreme). But looking at the work on display I can see it has power in a way that those who copy her do not. The scale, the colour, the composition: they all demonstrate the qualities she has as an artist that has made her influential and deserving of such a show.

For more, see the Times piece: Barbara Kruger: Infinitely Copied, Still Unmatched – The New York Times. Better still, go to Chicago and see the show while you can.

This entry was posted in art and tagged 1980s, 80s, art, artists, Chicago. Bookmark the permalink.