January pandemic highlights and ramblings (a newsletter, in blog form, a month late)

Posted on February 6, 2021 | Comments Off on January pandemic highlights and ramblings (a newsletter, in blog form, a month late)

Hey! How has your new year been? Mine has not started great: January was both tough and busy. I kept trying to get to this, but somehow never had the energy or the focus to write it. Now I have found both. Thanks for dropping by and reading this, my latest not-a-newsletter of highlights and ramblings since the last one in December.

Pandemic: we are now in the phase of the pandemic where we are being told in Canada to hurry up and wait concerning the vaccines. It’s been slow to get them, and slow to deliver them. The rate of progress has been discouraging. To make it worse, more variants of the COVID-19 virus have appeared, variants that spread more rapidly. I feel like someone on the Titanic waiting for my turn on a lifeboat while the ship takes on more water. And I am lucky to be able to stay at home and stay healthy. Meanwhile doctors are hospitals are overwhelmed and hanging on. Barely.

Vox took time to try and figure out why Covid-19 beat social distancing, lockdowns, and “flatten the curve”. Reading that could give you some consolation.

Of course, everyone had their monocausal explanations for why we are still struggling with the pandemic. The premier of Ontario brought in another lockdown because he said people are traveling too much. That’s one explanation, but not the only one.

In the early part of the pandemic I felt governments were strong on taking actions. They were like sprinters at the start of a marathon. Then things petered out. For example, the Federal government funded a Toronto COVID-19 isolation hotel. They pumped big money into the economy. Provinces like Ontario provided pandemic pay for frontline workers fighting COVID-19. But I never felt like they tried as hard recently as they did initially.

That’s not to say it is easy and they aren’t trying. This piece explains why
it’s so hard to ramp up Ontario’s COVID-19 testing. Yet it still seems like things are half hearted these days.

It’s not all grim, though much is. We have adopted. Sweatpants for instance :). And we are trying to maintain some form of work-life balance, but as my head boss says,  achieving healthy work-life balance in a hybrid work environment ‘remains to be seen’. Some of us are making unique friends (Riding Out Quarantine With a Chatbot Friend: ‘I Feel Very Connected’).  Some people tried to get out of their old pandemic habits and live better by taking on a Dry January. Others have taken up unusual self help books, such as this: A working from home manual in disguise.

I believe by the end of 2021 we will have put this pandemic behind us. Perhaps we will see a Roaring Twenties to match those of a century ago. Let’s hope, and for those who pray, let’s pray. Most importantly, let’s get vaccinated. If you want to know more about vaccines  in Canada, go here. More on that here.

Last word on this subject. If you want to know how others are getting through the pandemic, this is good: The Pandemic Logs in The New York Times.

The US: finally, after much nonsense, the worst president the United States ever had left the White House. What a long terrible four years it has been for America and the world with him nominally in charge. Whatever else the new president does, the fact that he is at least competent and not corrupt will be good for that country. I am hopeful for America, and my American friends, and I am looking forward to things getting better for them in the years to come.

Restaurants: I was drawn to this piece that Bon Appetit did some time ago on the best restaurants in Toronto . I wonder how many will still be around when all this is over. Some of them have taken to becoming takeout places, like this Michelin-starred restaurant, but many have not. Even for those that did, it might not be enough to get through to the other side of the pandemic.

Gamestop: It has a bizarre time in the world of finance as several forces came together to drive stocks like Gamestock into the stratosphere, only to crash down again. In some ways, it was a bit of a mystery to me. Just when I thought I understood the story, so me new fact would come along. There was a number of good pieces on it. This one, for example: The GameStop Reckoning Was a Long Time Coming

Jeff Bezos and Amazon:  Jeff Bezos has left Amazon. No doubt he was not looking forward to more grilling from the government into his monopolistic practices. I don’t have much to say about him, other than he did  not seem to be a person you want to work for. Here’s hoping Amazon becomes a better place with the new CEO. Meanwhile here’s some markers on the man who ran that company. Like Larry Ellison and unlike Steve Jobs, I doubt he will be missed:

Quantity over quality : there is a great book called Art and Fear which gives lessons on making art. One of my favorite parts of it has to do with how a ceramics class was split into two: one group were given the task of making many vases (quantity) and another group of making one vase (quality). The first group would pit their best vase against the second group. In the story, the first group wins. The lesson: quantity beats quality. I love that story.

Sadly, the story isn’t entirely true. The details on that are here: The Credibility Is in the Details.

Recent blog highlights: here are some things I blogged about in January that I thought were worth reading:

Finally: here is an interactive web site where you can be a cat playing the bongos. Worthwhile! 🙂 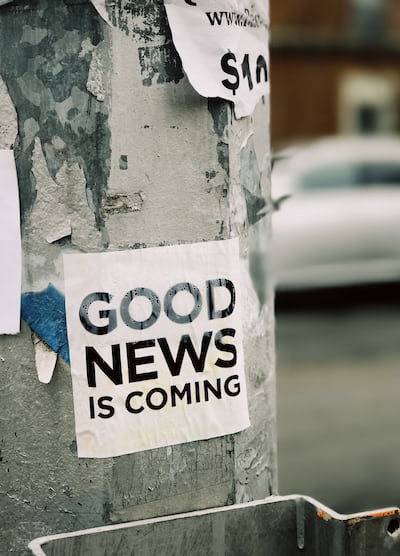 Good news is coming. Meanwhile, thanks as always for taking the time to read this newsletter, and other things on this blog. I appreciate it.

This entry was posted in blog, blogging and tagged 2021, January, newsletter, pandemic, ramblings. Bookmark the permalink.