Posted on December 14, 2022 | Comments Off on Thinking numerically about CERB fraud 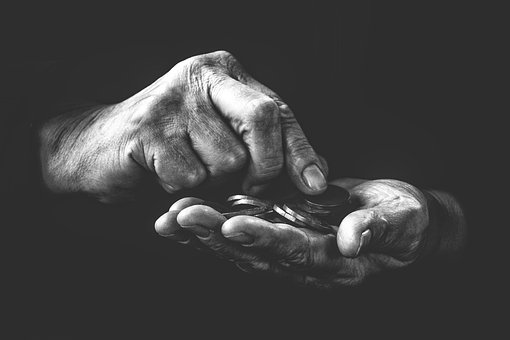 Thanks to Auditor General Hogan, there has been much discussion about CERB (Canada Emergency Response Benefit) and fraudulent claims. Indeed, this piece indicates it’s a problem: Canada paid out billions of dollars in CERB to people who lied about needing it. I mean billions of dollars is a lot! It must be really bad. So let’s look at what was said, and specifically, let’s look at the numbers.

The article states: “In the end, the federal government distributed $210.7 billion ($74.8 billion in CERB alone) to Canadians who were unable to work — or rather, those who told the government they couldn’t work.” So $74.8 B went out for CERB.

Why did the government do this? It goes on to say: “The government’s decision to take workers at their word, without any sort of screening, was criticized by some when the pandemic first hit, but Prime Minister Justin Trudeau argued that getting payments out swiftly was more important than verification.” It also states that: “Officials promised at the time that they would conduct extensive post-payment verifications to claw back anything taken by scammers or ineligible recipients, but according to Hogan, they have yet to sufficiently do so.”

Key word there: sufficiently. Let’s drill down further to see why that AG said that. The article says:  “In doing so, it (the Government) recognized that there was a risk that some payments would go to ineligible recipients. We found that overpayments of $4.6 billion were made to ineligible individuals, and we estimated that at least $27.4 billion of payments to individuals and employers should be investigated further.” Ok, so now we have some extent of how many billions were lost. But wait, we also have this: “Hogan noted that some $2.3 billion of errantly-distributed funds had been recovered as of this summer, thanks mostly to voluntary repayments from individuals who’d received them.”

Now it’s possible that a good chunk of the $27.4 billion also went out to ineligible individuals. But based on the concrete data that was provided, it seems like the program was effective, based on percentages.

This doesn’t mean fraud is good or unimportant. Fraud is bad and payment systems and payment providers need to combat it. But in light of these numbers, the amount of fraud seems low. For what it’s worth, this piece argues that in the US medical system, fraud can be as high as 20% of all claims. In an ideal world, there would be no fraud. In a real world you want to get close to zero, but you proceed knowing there will be some fraud and make tradeoffs in comparison with other benefits.

In the case of CERB, the benefits were real and significant. I agree with the government on this: there was no time to put a rigorous benefit program in place. The pandemic needed quick solutions: you could not take 12 or 18 months to develop a system to get money to people you told could not work. That would have led to all sort of societal problems. You needed to get money into the hands of people now. Delay is fatal. The last time I saw government organizations fail to take action was at the beginning of the Great Recession: that failure almost led to the collapse of the global economy.

CERB was an essential program that kept parts of the Canadian economy afloat during the worst part of the pandemic. It’s upside was good, and despite what the AG says, the downside was not that bad.

For more on why CERB was good, see this.