Love and rockets (things I find interesting in math and science, Dec. 2022)

In the last few months my math and science reading has mostly been about space, with some smattering of other things. NASA in particular has been the focus. First up is a piece on the DART Mission which smashed into an asteroid and altered it’s path. No small feat, that. In other big feats, they are still in the planning stages of a a balloon mission to Venus . Given that landing on Venus results in a spacecraft being destroyed, a visit that stays in that planet’s atmosphere may be the only way for it to succeed.

One such mission that should definitely succeed is Artemis, NASA’s project to visit (revisit?) the moon, Here is the NYTimes on it. Relatedly, here’s the Atlantic with a piece on the the 50th anniversary of Apollo. We are clearly due for a return trip. I wonder if it will affect the new astronauts as much as it did William Shatner after his quick trip into space with Jeff Bezos? I suspect they will be more prepared than the TV astronaut was.

Speaking of space, here’s cosmologist Katie Mack talking about scenarios for the end of the universe. I got her book last Christmas and loved it. Another book on physics I want to read is by Sabine Hossenfelder . She’s a no nonsense type of scientist, which I think is good. For while I agree that when it comes to science and especially physics, there is no escaping metaphysics, I also agree with those who say that physicists sometimes get carried away with some of their loftier or wild ideas.

Then again, some of those ideas resulted in this year’s The Nobel Prize . And it had led to physicists creating “the Smallest Crummiest Wormhole You Can Imagine”. These wild ideas really makes you think. If you think too hard, though, you will likely get tired. The Guardian has a good explanation on why thinking tires your brain .

Finally, if you are interested in learning more about physics, I recommend you check out the web site DrPhysicsA. It’s good stuff. And you want to learn more about math, you can visit the blog of one of the best mathematicians in the world. Here is is writing on odds. Also good!

Comments Off on Love and rockets (things I find interesting in math and science, Dec. 2022)

On sleeping spiders, Marie Curie’s scandalous affairs, and other things I find interesting in math and science, Oct. 2022

Posted on October 1, 2022 | Comments Off on On sleeping spiders, Marie Curie’s scandalous affairs, and other things I find interesting in math and science, Oct. 2022

I haven’t been doing as much reading in math and science these days, but what I have found and listed here I thought interesting or worthwhile:

Comments Off on On sleeping spiders, Marie Curie’s scandalous affairs, and other things I find interesting in math and science, Oct. 2022

How math can help you flip burgers (or what I find interesting in math and sciences, July 2022)

Posted on July 13, 2022 | Comments Off on How math can help you flip burgers (or what I find interesting in math and sciences, July 2022)

Last week  was a big one for math, with the Fields Medals being announced. As The New York Times explained:

Four mathematicians whose research covers areas like prime numbers and the packing of eight-dimensional spheres are the latest recipients of the Fields Medals, which are given out once every four years to some of the most accomplished mathematicians under the age of 40.

That piece in the Times goes in depth on each of the winners and is worthwhile.

On a lighter side, here’s a story on how Mathematics can help solve this conundrum:

Should you flip a burger once or lots of times? A mathematician has calculated an answer.

Other good things I’ve been reading / checking out:

Comments Off on How math can help you flip burgers (or what I find interesting in math and sciences, July 2022)

On Godel and Game Theory (what I find interesting in math and sciences, May 2022) 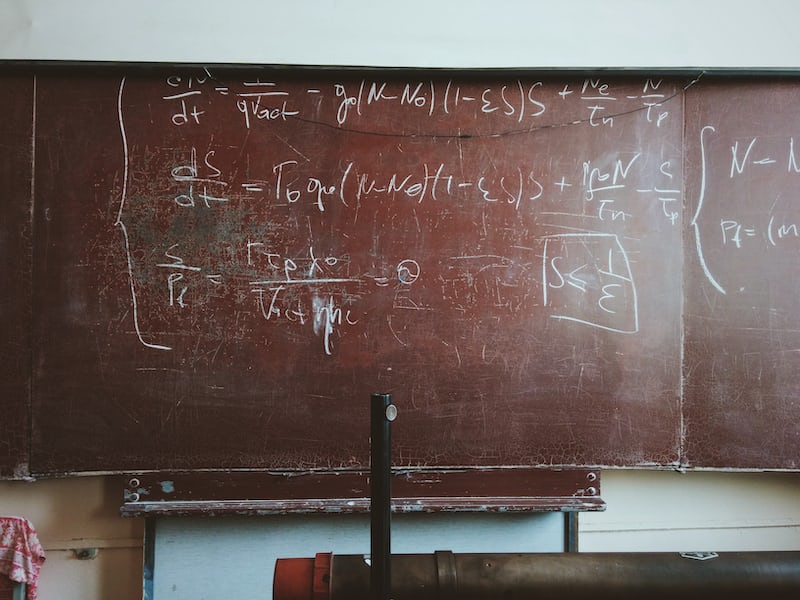 Math education: here’s some good pieces on that topic. First up, Susan Fowler (now Rigetti) on how you can learn more math. One way to learn is to see how others do it. Here’s Fields medalist Tim Gowers working through math problems on YouTube. Also this is a good resource on YouTube: math channel.

Speaking of learning math, here’s a piece on how to fix math class.

Physics and space: this is cool, Visualizing Black Holes with General Relativistic Ray Tracing. So is this: SpaceX’s Starship and NASA’s SLS Could Supercharge Space Science. This is odd,  NASA Will Test Gigantic Centrifuge for Hurling Objects Into Space. This is fun, measuring the earth using the traceroute command! This is fascinating, what I learned as a hired consultant to autodidact physicists.

Comments Off on On Godel and Game Theory (what I find interesting in math and sciences, May 2022) 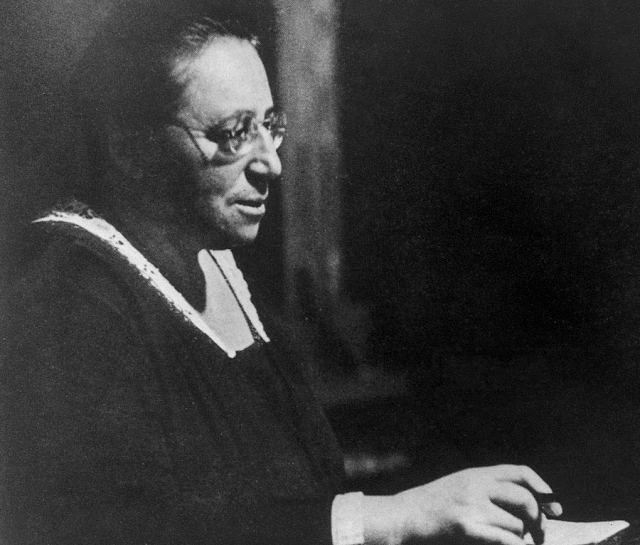 Recently the Perimeter Institute held a contest called “Physics Frenzy – Battle of the Equations Championship”. I was sure James Maxwell and his equations were going to win. It turns out he lost (in the final, mind you) to Emmy Noether and her theorem!

Afterwards I wondered if people knew much about her. Besides being arguably the greatest woman mathematician, she was a significant contributor to math and physics in the 20th century. You can read a bio of her here.

Fun aside, the good people at the Perimeter Institute have a series of initiatives centered around Emmy Noether. They also have material where you could learn more about her.  Read about them, here.

Comments Off on On Emmy Noether

What I find interesting in math and sciences, March 2022

Of all the sciences, those having to do with space are the ones I enjoy reading about the most. I got interested in Lagrange points due to the James Webb Telescope. Here’s something on them: Lagrange points.

I thought this was a good reminder to me of any images we get regarding black holes (something I find fascinating): The Images of Black Holes are Not Photos.

COVID has made me think more and more about biology these days. That’s a good thing. It has me reading things like this: Disease moves like ripples on a pond.

One of my fundamental beliefs is that we don’t think with our brains but that we think with our entire bodies. This makes me interested in anything that makes that connection. This is such a piece: Our nervous system is connected to our organs and shapes our thoughts and our memories.

There was some discussion on racism in mathematics over the last while. I think this is a good discussion to have. Here are two pieces on the topic: Racism in our curriculums isn’t limited to history. It’s in math too and Opinion: Is math racist? Wrong question.

I continue to learn math in an amateurish way. I enjoyed these sources of information on it: Guide to Tensors and The Best Math Books and Statistics Books.

Comments Off on What I find interesting in math and sciences, March 2022

When a scientific experiment is beautiful

Posted on March 3, 2022 | Comments Off on When a scientific experiment is beautiful 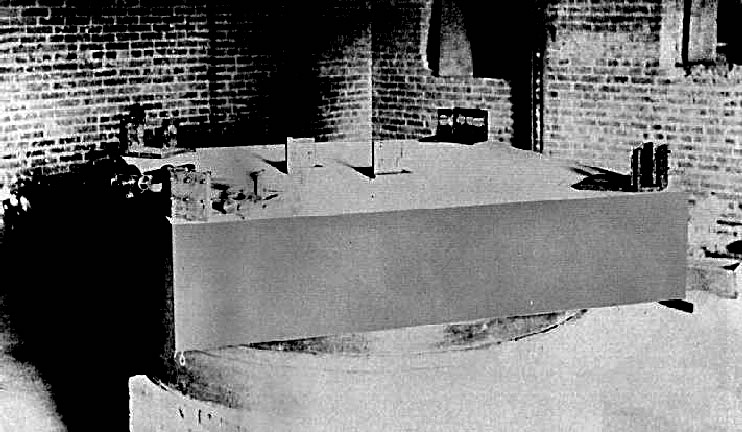 I’m glad she mentioned the Michelson Morley experiment because I think it is a fine example of elegance and beauty. You might not think it, looking at it in the image above. Read the article: you might be convinced after reading that it is.

Comments Off on When a scientific experiment is beautiful

What I find interesting: physics

Posted on April 25, 2021 | Comments Off on What I find interesting: physics

Last week I talked about not learning music being a regret of mine. The other regret I have is not learning physics. I dabble in it, but it’s a struggle.

If you are interested in learning physics, read this piece from my friend Susan. I got to know her because of it: So You Want to Learn Physics… — Susan Fowler. She now has a new version of it at a new site! You can find it here.

Other friends I have who do know physics tell me the thing to learn is Lagrangian mechanics. Here’s a good guide to it: Lagrangian Mechanics For Dummies: An Intuitive Introduction – Profound Physics

Of course you can also read text books on it. I think Dover Books are among the best for this. For example, this: Classical Mechanics: 2nd Edition: Corben, H.C., Stehle, Philip: 9780486680637: Gateway – Amazon.ca

Still another way is via experimentation. For example:  build your own particle detector | symmetry magazine

(Speaking of experimentation, here’s a great piece on how the LIGO Observatory detects gravitational waves)

A problem I have always had with physics is how did physics get to where it got to, and why are certain areas more prominent than others. To better understand that, it’s good to look backwards at how physics was done in previous time. For example, this article on Ole Roemer: Ole Roemer Profile: First to Measure the Speed of Light | AMNH. We all know light has a specific speed but back then some thought light was instantaneous. But Roemer came up with a method to show light had an actual speed and it could be measured. Likewise, here is the great physicist James Maxwell with a book on how scientists developed their idea of what heat is and how it works: Theory of Heat – James Clerk Maxwell – Google Books.

Finally, a good way to learn physics is read good articles on it. Here’s a collection of some:

Comments Off on What I find interesting: physics

Comments Off on How to learn physics, via Susan Fowler

A fine appreciation for Stephen Hawking can be found…

Posted on March 15, 2018 | Comments Off on A fine appreciation for Stephen Hawking can be found…

I like this piece because it takes you into his science and what makes his work great without having you be an expert in the field yourself. You might still struggle with it, but it is a worthwhile struggle.

Rest in peace, Stephen Hawking. You may be gone, but the work you did lives on and will lead to more great work being done by other scientists that come after you.

All three volumes of the Feynman Lectures on Physics online

Posted on August 26, 2014 | Comments Off on All three volumes of the Feynman Lectures on Physics online Yes, it’s true. The great Feynman Lectures on Physics are now online. Volumes one, two and three, cover everything from mechanics to quantum mechanics. A must for anyone interested in physics.

I’d also recommend it to anyone looking to write pieces on how to explain something technical.