Posted on April 27, 2022 | Comments Off on AJP Taylor, on Winston Churchill 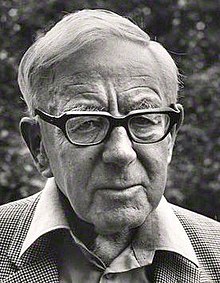 So there’s a new article/book critical of Churchill, and like most anti-Churchill work, it fails by emphasizing his faults and diminishing his accomplishments.

Of the many things I’ve read on Churchill, the one thing that convinced me of his greatness despite everything else is this 1974 essay by AJP Taylor: Daddy, what was Winston Churchill? – The New York Times. Taylor’s essay succeeds because he clearly sees Churchill for what he is. He sees a man who goes from an outcast to an unrivaled leader, his people fully behind him. He sees a leader making many mistakes but succeeding on the one essential thing he had to do. He understands how much worse the world would have been if he, and those he led, had failed. And after you read that essay, you should see and understand that too.

The criticisms of Churchill’s many failures are valid. But the one thing, the most important thing he did, leading the defeat of Hitler and Nazi Germany, should never be diminished.

Indeed, as Taylor starts his essay:

On Jan. 24, 1965, there died Winston Spencer Churchill, Knight of the Garter and, if he had not refused the title, Duke of London. Six days later he was given a state funeral in St. Paul’s Cathedral, an honor previously reserved for two great men of war — Admiral Lord Nelson, victor at Trafalgar, and the Duke of Wellington, victor at Waterloo. What brought Churchill into this select company? The men of the time had no doubt as to the answer. He was the savior of his country, the first Englishman to be so hailed since King Alfred the Great.

Perhaps Churchill’s stature will crumble under a constant eroding criticism. It has happened to other leading historical figures of England and it could happen to him. What should not be forgotten or diminished is what he accomplished in a way only he could have accomplished it. It’s an inconvenient truth for some. But it is a truth that will remain. 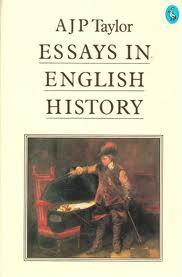 P.S. That essay also appears in a fine collection of Taylor’s works, Essays in English History. I highly recommend it. Among other things, it has a great cover. Like Cromwell, Churchill will remain relevant for centuries to come. Warts and all.

This entry was posted in history and tagged Churchill, England, history, Taylor, WWII. Bookmark the permalink.