The suit is dead! Long live the suit!

The suit is dead! Well, if not dead, likely on death’s door. To see what I mean, read this: The end of the suit: has Covid finished off the menswear staple?  The suit has been already dying off somewhat in the last few years, with the decline in necktie use and the introduction of more casual shoes to go with it, among other adaptations. Perhaps it will be gone altogether in the next few years.

I was thinking about the death of the suit when I was eyeing this work above in London last spring. That form of business attire has been dead for centuries! No doubt in centuries from now people will be standing in galleries looking at painting of men with neckties and double breasted  blazers and thinking how odd it looks, just like how we think the Dutch men above look odd. Suits — of all eras — eventually die off.

What will not die off, though, is the need for some form of fashion to indicate the person wearing it has a specific business function. What form that will take, I don’t know, but there will be something, some form of “suit”, that indicates you are talking to a doctor or a lawyer or a banker or a businessman (or woman) of some stature. Of that you can be sure.

The suit (as we know it) is dying: the suit (will come to know) is being born. Long live the suit.

Comments Off on The suit is dead! Long live the suit!

Did Rembrandt’s use mirrors for his paintings? 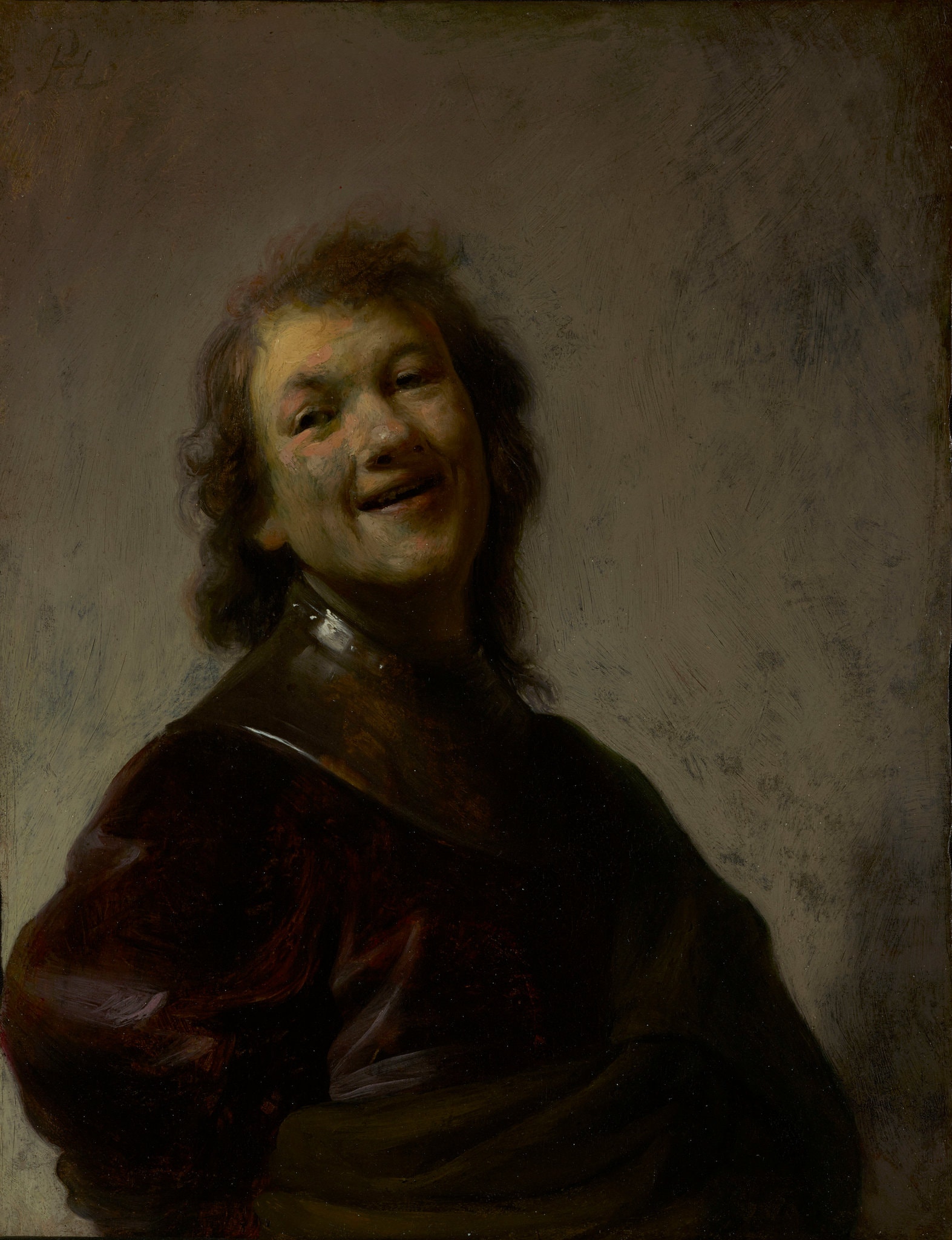 It’s debatable for sure, but there are a number of people who think he did. This piece (from a few years ago) titled The Mirrors Behind Rembrandt’s Self-Portraits in The New York Times  looks into one paper that argues so

In a paper published Wednesday in the Journal of Optics, Mr. O’Neill lays out a theory that Rembrandt set up flat and concave mirrors to project his subjects — including himself — onto surfaces before painting or etching them.

By tracing these projections, the 17th-century painter would have been able to achieve a higher degree of precision, Mr. O’Neill said. His research suggests that some of Rembrandt’s most prominent work may not have been done purely freehand, as many art historians believe.

He is not the first to suggest that old master painters used optics for their famous portraits.

In 2001, David Hockney, a renowned British painter, and Charles Falco, an optical sciences professor at the University of Arizona, published a book in which they argued that master painters secretly used mirrors and lenses to create hyperrealistic paintings, starting in the Renaissance.

Their theory, known as the Hockney-Falco thesis, generated controversy among scientists and art historians, some of whom took the findings as an implication that old master painters had “cheated” to produce their works.

I’ve read Hockney on this and he makes a strong case too. Not everyone agrees though. It’s worth reading the article and get a better picture, pardon the pun.

My thought is it’s likely all artists of the time would have used them to some extent. But Rembrandt is such a remarkable painter that it can only account for some of his greatness, if any.

Comments Off on Did Rembrandt’s use mirrors for his paintings?