Is math political? Does it need to be? A few thoughts

Posted on August 13, 2021 | Comments Off on Is math political? Does it need to be? A few thoughts 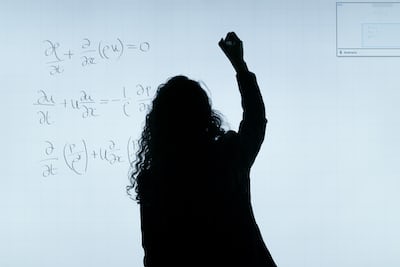 You would think so, if you read this: Sneering at Ontario’s anti-racist math curriculum reveals a straight line to what people value in The Star

I can also imagine how many conservatives would have been angry if there was text like this removed from a new curriculum: “recognize the ways in which mathematics can be used as a tool to uncover, explore, analyse, and promote actions to address greater productivity and growth within our economy and to lead Canada to a strong future of wealth and opportunity”, or if the government removed anything to do with teachers creating “pro-capitalist and pro-business teaching and learning opportunities.” Any group that tries to explicitly frame a curriculum and then have that framing removed will be upset.

Mathematics itself is not political, but it is always taught within a political and historical context. For example, I have math texts that make it seem that the only worthwhile math came from European men, while I have others that show mathematics has roots all over the world. I have math textbooks that mention 0 women, while other texts show the role women have played in mathematics and delve into why women had a hard time making more of a contribution.

Whatever context you want to frame a curriculum, I think that emphasizing politics and history with regards to teaching mathematics will not achieve some of the goals that progressive thinkers hope it will achieve. I think the new changes in the curriculum with regards to things such as streaming will help achieve those goals, as I wrote here.

Additionally, I think there are other things that can be done outside the curriculum that could help students that are disadvantaged when it comes to education in math. I am thinking of the work done by organizations like BlackGirlsCode. We could use more organizations like that who can provide specialized programs not just to help kids who are struggling with math, but to uplift kids that excel in math. Organizations that can support the next Maryam Mirzakhani, wherever she is. The kids who are struggling with math need more help than what the schools can provide: the same is true for kids that excel in math.

(Photo by ThisisEngineering RAEng on Unsplash)

Comments Off on Is math political? Does it need to be? A few thoughts

What will happen if students at Ontario schools get infected with COVID-19?

Posted on August 31, 2020 | Comments Off on What will happen if students at Ontario schools get infected with COVID-19?

I am sure many parent in Ontario are wondering what will happen if students at Ontario schools get infected with COVID-19. I know I am wondering. Worried too. The best thing to help deal with worry is to get some practical information.

You can get some of that, here. That  link to a BlogTO post has a good summary of what will happen, as well as links out to other sites with more detailed information.

No one knows for sure what will happen. But reading that will give you a better sense of what may happen.

Comments Off on What will happen if students at Ontario schools get infected with COVID-19?