On Queen West in Toronto, then and now 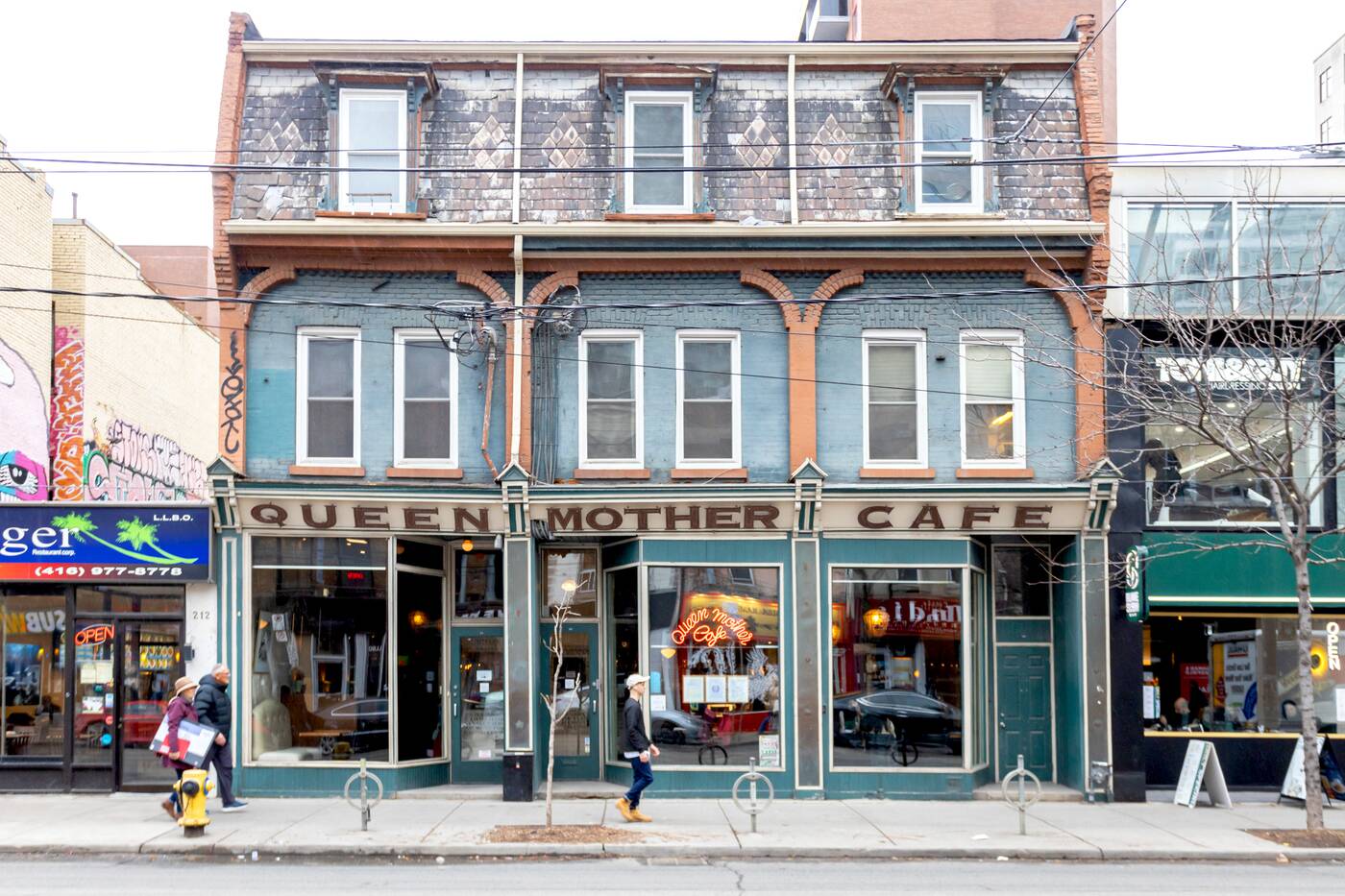 I walked along Queen West and West Queen West recently. The bones of the neighborhood that I first walked around in the 80s remain. Places like The Queen Mother, Peter Pan, the Rex, and the Horseshoe are still going strong. The Rivoli is there too, if anything fancier than ever. Same for Cameron House. It was comforting to see them all, like old friends at a reunion.

Of course many other places have long gone. The Bamboo Club for instance. It’s location is occupied with some other business, though what occupies it is not as great as it was. Also long gone is Pages. It was a must visit on those trips to Queen West long ago. Now nothing exists in its former spot, just a vacant store.

I don’t want to weep and wail too much about changes to Queen West of my youth. People have been complaining about the its transformation “into the brand-saturated retail corridor it is today” since at least 2010, if not earlier.  I do want to note something ironic though. The same brands that transformed Queen West, brands like “The Gap, GUESS, Le Chateau, RYU, EB Games, NYX, several major fast food joints” have all left in the past five years because of rent. Perhaps in five more years it will just be banks and dentists offices there.

As for me, I prefer West Queen West to Queen West now. I’m happiest taking a streetcar past Bathurst and heading over to Type Books, the Spice Trader, Cocktail Emporium, the Swan and Trinity Bellwoods Park. When you combine that strip with Ossington and parts of Dundas West, you really have some of the best of Toronto, I think, and the places I most frequent lately.

Queen West will always be a destination for many and I will no doubt head there from time to time. But there are so many other great places to head to, even on Queen, and that’s great too.

P.S. The quotes above were from this piece on the closing of H&M on Queen West. The photo of the Queen Mother is from that piece, which is a good review of the place and its history. Also a good review is the Wikipedia entry for Queen West, which includes the entire street, but has a special section on Queen West.

Finally, here’s a great snapshot of Queen West in 1986, as captured in this video of the song “I’m an Adult Now” by The Pursuit of Happiness. Needless to say, it’s a very different street!