Do higher taxes cause rich people to move?

You will hear anecdotes of people doing so, but in reality:

While everyone seems aware of a handful of high-profile millionaires decamping to low-tax states for tax reasons, in truth few move in response to state tax rates. Young examined tax data from every millionaire in the United States over thirteen years. He found that, even over that long time horizon, only 0.3% of all millionaires, on net, moved to a lower tax state. A larger share—about 2.5 percent– move from one state to another each year, but most do not migrate for tax reasons.

That quote is from: What Republicans and Democrats Can Learn from “The Myth of Millionaire Tax Flight” | Tax Policy Center.

Remember this the next time someone is arguing that higher taxes will cause the well off to move elsewhere.

Comments Off on Do higher taxes cause rich people to move?

Palo Alto vs. Tokyo: some modest thoughts on housing

Posted on August 11, 2016 | Comments Off on Palo Alto vs. Tokyo: some modest thoughts on housing 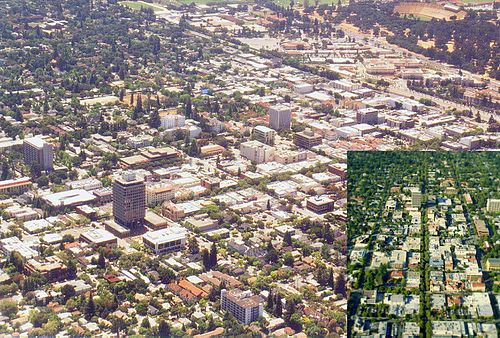 Two pieces on housing got me thinking of housing policy and what if anything can be done to improve it. The two pieces are this:

(Note: I don’t have much expertise on housing policy. These are just some notes I jotted down after thinking about these pieces. Take the following with a (huge?) grain of salt.)

The first piece describes how housing in Palo Alto, California is becoming too expensive for all but the rich. Part of what is causing this is the limits placed on adding new housing in the area. The second piece describes how Tokyo gets around this, namely by removing the decisions about housing from city politics and making it at a national level.

It seems pretty straightforward then: all cities should remove decision making about housing from the local level and assign it to a body at a national level. But is this true? And would it work in North American cities?

It depends on what you expect your housing policy to be and how effectively you can impose it. If the policy is to have affordable and available housing for a city, then the Tokyo model makes sense. However, there is an assumption that decisions made at a national level will be in line with the desires of the residence of the city. This is a big assumption.

There are at least two sets of desires that home owners have for their homes and their city. One, that their homes and the neighbourhood they live in remain stable or improve. Two, that their homes appreciate in value. The first desire could be wrecked by the Tokyo model. The second desire would definitely be affected by the Tokyo model. With cities like Palo Alto, you have the two sets of desires met, at least in the short term. In the longer term, the second desire could level off as people and industry move elsewhere.

The ideal is to have a national policy that takes into account the need for neighbourhoods to grow organically, for house values to appreciate over time but still allow for affordability, and for cities to  allow for new housing as well as account for when neighbourhoods become depopulated. Having such a policy would support vibrant cities at a national level. You would treat cities as a network of systems, and you would allocate or remove resources over time to keep all cities vibrant, regardless if they are growing or declining.

This is the ideal. Practically, I just can’t see this happening in North American cities. North Americans are too strongly capitalist to allow what is happening in Japan to happen here. If national organizations tried too hard to manage cities and resulted in cooling off housing markets, people would oppose that. For many people, their house is their chief asset, and any efforts to restrict that from appreciation would be met with defiance.

Sadly, I think there are going to have to be many failures within cities such as Palo Alto and San Francisco before there is enough political will to change the way housing is managed. I think the Tokyo/Japan model is out of reach for my continent for decades, still.

It’s unfortunate: you have cities in the U.S. in the rust belt suffering great decline, while cities on the coasts struggling to come to terms with growth. A national policy on housing would help all cities and have a greater benefits for people than the current approach.

I like Palo Alto. It’s a great city, in a great region. I think it would be greater still if it had more housing.

Comments Off on Palo Alto vs. Tokyo: some modest thoughts on housing