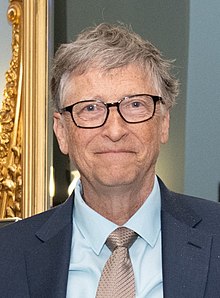 This piece in The New York Times on Bill and Melinda Gates Divorcing   got me thinking about Bill again. I’ve written about him several times on this blog. I often think of him because for most of my career my field (IT) has been shaped by him. Then he left Microsoft and went off to save the world. In doing so, he transformed from the Bill Gates of old to a newer and gentler Bill Gates. The change has been so remarkable that many people likely don’t know that young Bill Gates and what he was like. If you want a better understanding of that, this old TIME article from 1997 by Walter Isaacson s helpful. (Isaacson was Steve Jobs’ biographer among other things.)

I think old Bill Gates still has some of that personality in him. I am curious to see how the divorce will change him. Whether we will see Bill Gates v3.0, someone who is neither CEO nor philanthropist. Time will tell.

August 7, 2021: It looks like Bill and Melissa have officially divorced. As a result, I suspect we will be hearing less about Bill’s bad judgement when it comes to affairs or hanging out with Epstein. As I said before, I’ll be curious how all this changes him.

(Image is a link to Wikimedia.org)

This entry was posted in IT and tagged billgates, IT, microsoft. Bookmark the permalink.