It’s Monday. Time to rewrite those S.M.A.R.T. goals. Here’s why 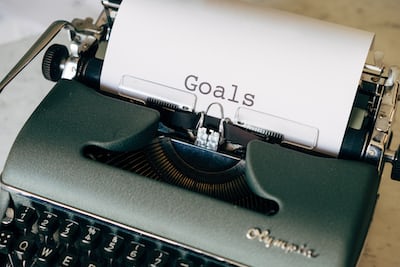 If you’ve done any work on goal setting, you’ve likely heard of SMART goals. You may even have used them to achieve an outcome you wanted. That’s good. Before you do that again, read this good argument on why you need to critically rethink the use of them: SMART Goals Are Overrated.

Specific, Measurable, something, something, Time-bound. There’s disagreement on what some of the letters stand for, which is our first hint that maybe they’re not that important.

Yep, I do that too. I usually get the R (realistic), but then I get tripped up on the A (if it’s Achievable, how is that different than Realistic?).

Ok, you say, fine…it’s a weak acronym, but it still works. True, it can work. It can help you define your goal and get it done.  But as the article says, you can end up getting “tunnel vision”.  Instead of aiming on achieving your utmost, you settle for something smaller that you can measure and achieve in a set time. That’s less than ideal.

The article goes on and promotes the idea that you should…

Deliberately remove one or more of those SMART parameters and push yourself to see what you can achieve when it’s no longer a pass/fail test.

I like that. Essentially use the SMART goal as a stepping stone to a much large goal that may not be achievable or timely but it’s a goal that gets you excited.

So yes, SMART goals are good. But tweak them and stretch them and build upon them and make something better. You may find that you not only achieve more goals, but you achieve bigger goals too.

(Photo by Markus Winkler on Unsplash )