On “The Computer Girls: 1967” in Cosmopolitan 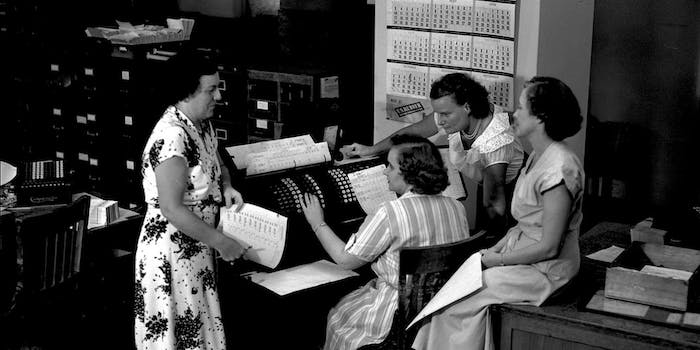 One of the great shames of the IT industry has been the push to marginalize women in our profession. As this 1967 piece shows ( The Computer Girls: 1967 Cosmo article highlights women in technology– ), women had a dominant role in the early days of the computing industry. I believe as long as the the 1980s, women were at least equally represented in the profession as men. Then for various reasons, IT became dominated by the boys and not the girls. That was a shame and it will only stop being a shame when women are at least equally represented. We still have a way to go, according to Deloitte and others. Until that time comes, read what used to be in Cosmo.

(Image from here, which is also worth reading: 10 women who changed the tech industry forever – The Daily Dot)

This entry was posted in IT and tagged history, IT, technology, women. Bookmark the permalink.