The rise and fall of Alexa and the possibility of a new A.I. winter

Since reading about the fall of Alexa, I’ve looked at the new AI in a different and harsher light. So while people like Kevin Roose can write about the brilliance and weirdness of ChatGPT in The New York Times, I cannot stop wondering about the fact that as ChatGPT hits one Million users, it’s costs are eye-watering. (Someone mentioned a figure of $3M in cloud costs / day.) if that keeps up, ChatGPT may join Alexa.

So cost is one big problem the current AI has. Another is the ripping off of other people’s data. Yes, the new image generators by companies like OpenAI are cool, but they’re cool because they take art from human creators and use it as input. I guess it’s nice that some of these companies are now letting artists opt out, but it may already be too late for that.

Cost and theft are not the only problems. A third problem is garbage output. For example, this is an image generated by  Dall-E according to The Verge: 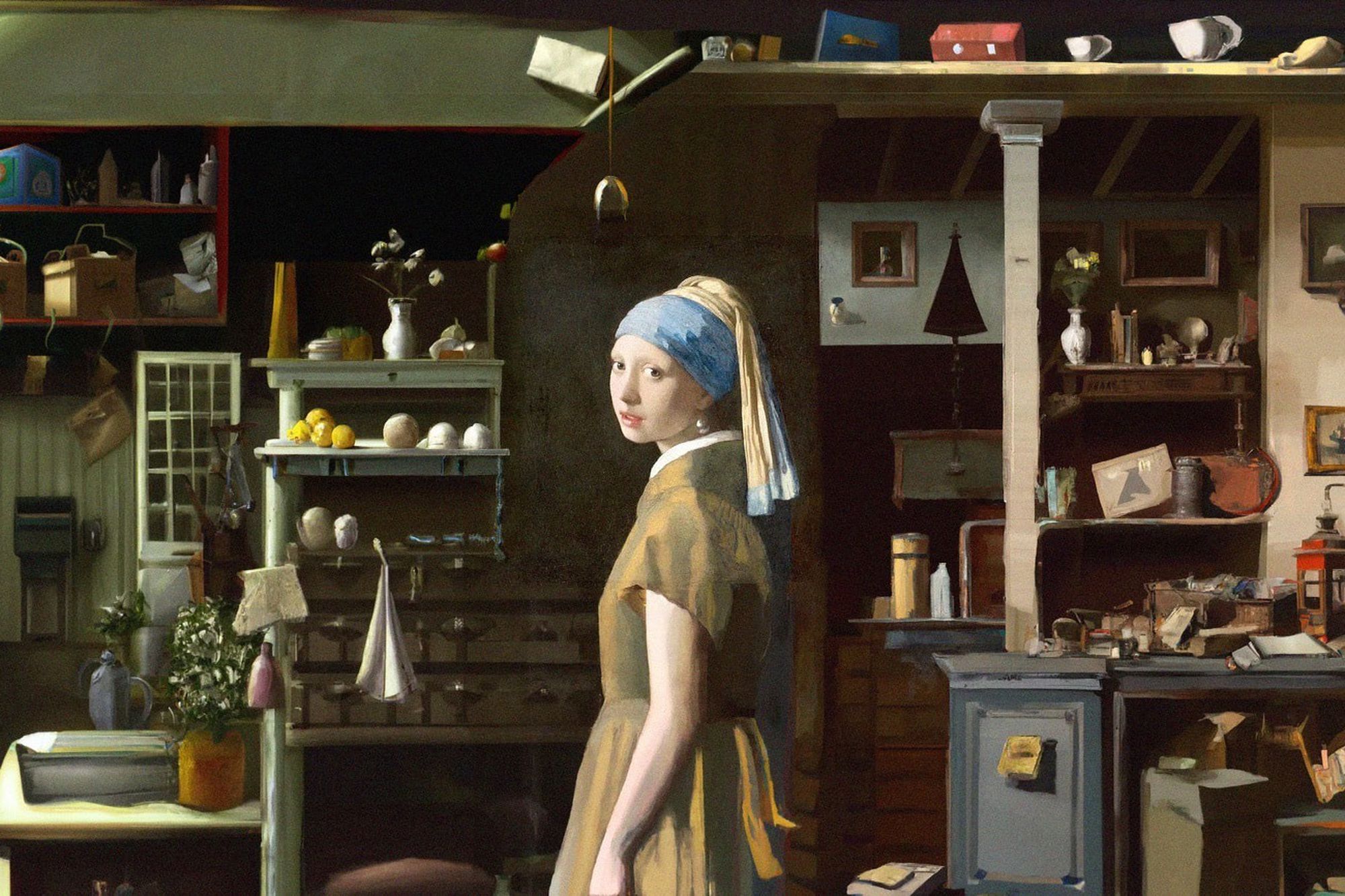 It’s garbage. DALL-E knows how to use visual elements of Vermeer without understanding anything about why Vermeer is great. As for ChatGPT, it easily turns into a bullshit generator, according to this good piece by Clive Thompson.

To summarize: bad input (stolen data), bad processing (expensive), bad output (bullshit and garbage). It’s all adds up, and not in a good way for the latest wunderkinds of AI.

But perhaps I am being too harsh. Perhaps these problems will be resolved. This piece leans in that direction. Perhaps Silicon Valley can make it work.

Or maybe we will have another AI Winter.

….If you mix a recession in with the other three problems I mentioned, plus the overall decline in the reputation of Silicon Valley, a second wintry period is a possibility. Speaking just for myself, I would not mind.

The last AI winter swept away so much unnecessary tech (remember LISP machines?) and freed up lots of smart people to go on to work on other technologies, such as networking. The result was tremendous increases in the use of networks, leading to the common acceptance and use of the Internet and the Web. We’d be lucky to have such a repeat.

Hey Alexa, what will be the outcome?