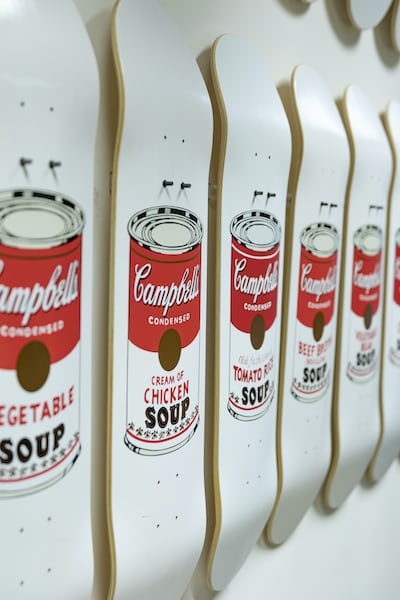 By Blake Gopnik, Andy Warhol Inc.: How He Made Business His Art – The New York Times.

By Jerry Saltz, on the Whitney retrospective of Warhol.

P.S. I think Andy would approve of being used on a skateboard.