What do Brad Pitt, David Salle, Steve Keene and Diane Arbus have in common?

Posted on October 11, 2022 | Comments Off on What do Brad Pitt, David Salle, Steve Keene and Diane Arbus have in common? What do Brad Pitt, David Salle, Steve Keene and Diane Arbus have in common? They all are artists I’ve been reading about over the last few weeks and months. Now you can too.

In addition to reading about those four, there are additional pieces below on other artists of note. Most of them are painters but there are some sculptors too. Quite a mixed bag! Enjoy! (Images linked to those in the Washington Post and Colossal).

Comments Off on What do Brad Pitt, David Salle, Steve Keene and Diane Arbus have in common?

Andy Warhol, or thinking about when an artist is influential and young vs when they are older

Posted on September 29, 2022 | Comments Off on Andy Warhol, or thinking about when an artist is influential and young vs when they are older 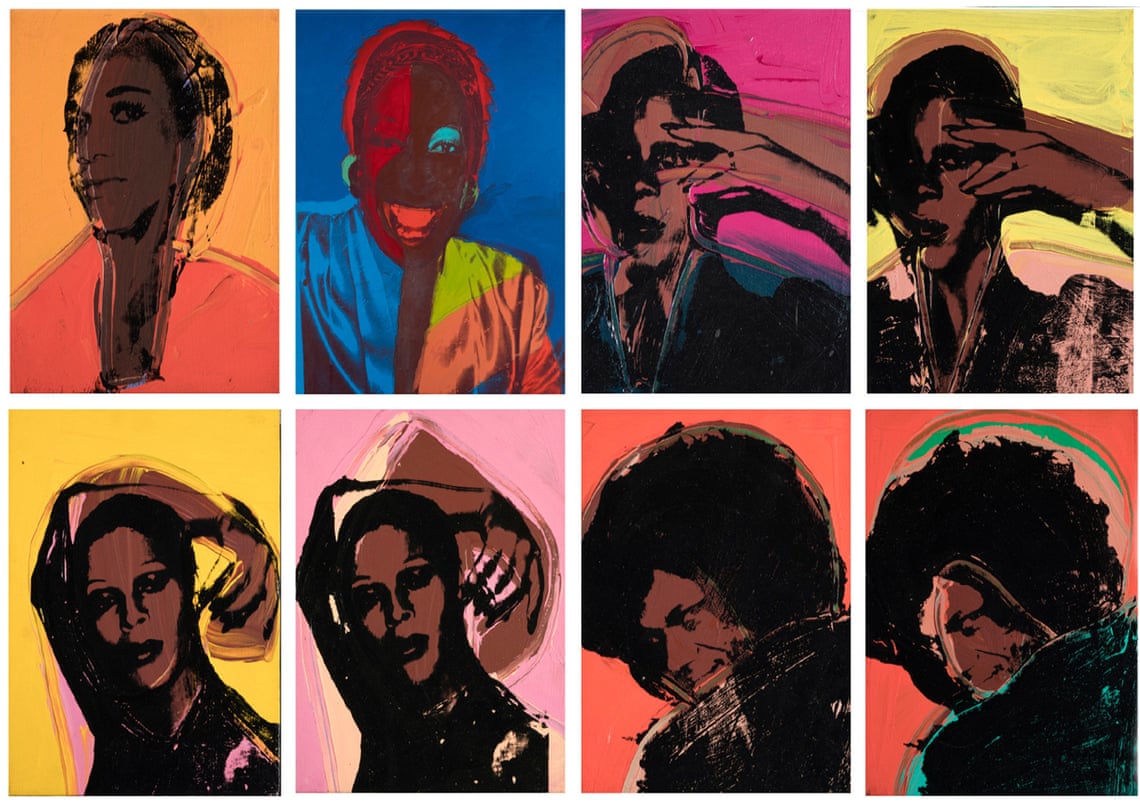 Watching the Warhol Diaries documentary on Netflix, I started thinking about when an artist is influential and young vs when they are older. Like many, I am aware of the early Andy Warhol. If you think of Andy at all, you likely have some of these  Warhol works in mind. When I read references to Warhol and his influnce, these are many of the works cited.

One of the things I liked about the documentary is that it spent time on his later works. Two later commissions in particular I did not know much about. One of these was his Last Supper paintings. And the other was a group of portraits he did called Ladies and Gentlemen.

In both commissions, the Netflix documentary dives into the complexity of Warhol’s life at the time and how it affected the creation of these works. The religious nature of Warhol and his thoughts on death in the era of the AIDS crisis really comes through in the Last Supper works. While with Ladies and Gentlemen, the paintings take on more layers of meaning when you think of all the things going on in Andy’s life at the time, from the commercial celebrity portraits he was producing to the increasing openness of being gay in NYC in the 70s to his desire to be a model.

In some ways, I prefer these later works to the paintings and sculpture he made in the 1960s. There’s a depth to what came after later, a richness. They aren’t as influential as the Brillo Boxes or the Marilyn Monroes, but they are better.

Perhaps that is the case with many great artists. Even someone like Rembrandt. There is more of the artist in the later works,  but the works that made them famous are the earlier works, and those are the works that are mostly remembered. It makes sense in some ways, and is a shame in other ways.

It makes me wonder what would have happened to Basquiat or Haring if they had survived into the 1990s and beyond. What works they would have made. How they would have matured. Perhaps we can look to Warhol for this. Warhol too should have died when he was gunned down and almost killed, only to be resurrected on the operating table. We know how he turned out. I’d like to think of Haring and Basquiat doing the same.

If you have the time, watch the Warhol Diaries on Netflix. It’s a good series.

Comments Off on Andy Warhol, or thinking about when an artist is influential and young vs when they are older

Posted on September 28, 2022 | Comments Off on On the 50th Anniversary of M*A*S*H and rewatching some of it 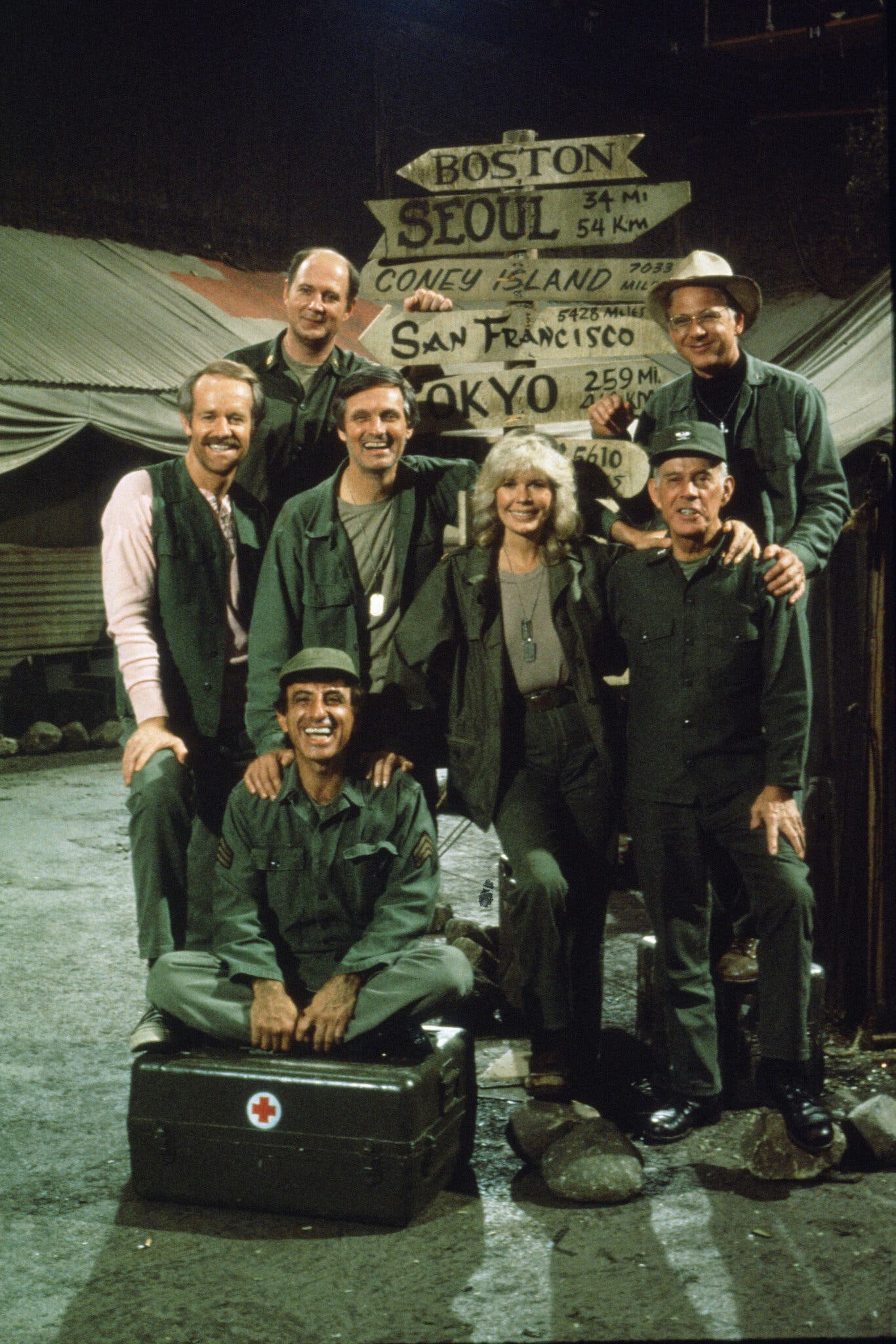 The famed TV show recently had a milestone: it first broadcast 50 years ago, September 1972. If you had watched M*A*S*H, and even if you haven’t, I recommend this piece by James Poniewozik, in which he presents a chronology of the show and how it evolved over the years. It brought back good memories.

Among other things, he recalls one of my favorite episodes, Point of View, particularly for this one scene. He writes:

“Point of View” is shot from the vantage of a wounded soldier whose throat injury renders him mute. In a repeated format, a reporter visits the 4077th for the new medium of television. The unit’s chaplain, Father Francis Mulcahy (William Christopher), described seeing surgeons cut into patients in the winter cold. “Steam rises from the body,” he says. “And the doctor will warm himself over the open wound. Could anyone look on that and not feel changed?”

The episode was filmed in black and white, and there is a scene showing steam rising from the patient. It was stunning.

Recently I watched another one of my favorite episodes of M*A*S*H on one of the streaming services. The writing was still good, but the format of the show displayed its age.  This could just be me though: I think you really have to dive into old TV shows to adjust to the format to enjoy it. Certainly the quality is there.

One thing I would add: it is a show made in 1970s. There may be things about that era that makes you uncomfortable, like the sexism, or whole idea of Klinger dressing up as a woman to get out of the Army. These are products of that time. In its defense, the show became less sexist over time, and Klinger shelves the whole “I am a crossdresser therefore I am unfit” bit. But it was still a show reflecting that era.

The other thing to dwell on is that it existed in a golden age of TV. Just like movies and print, it was able to achieve numbers that no TV show can achieve now in the era of the Internet and streaming. We didn’t know that then: it was simply one of the best shows of its time and we all naturally watched it. (It’s funny to think of how back then we made the time to watch a show because if you didn’t, that was it, you missed it. You might, if you were lucky, see it in the summer when network TV would show the “repeats”.)

While M*A*S*H had so much going for it, what made the series one of the greats was its actors. It achieved a rare thing in that it lost three of the leads over time but never suffered as a result of this. The people that left were great, and the people that replaced them were also great. One person that was there from start to finish was Alan Alda. Here’s a 50th anniversary interview of him in the Times.

P.S. 1972 was a good year for film too. The 70s was filled with excess and schmaltz, but it was at its best on period pieces, like The Godfather, Cabaret, and M*A*S*H.

The beauty of the Elysée Shelving System, or not all furniture from the 70s is bad

Posted on June 18, 2022 | Comments Off on The beauty of the Elysée Shelving System, or not all furniture from the 70s is bad 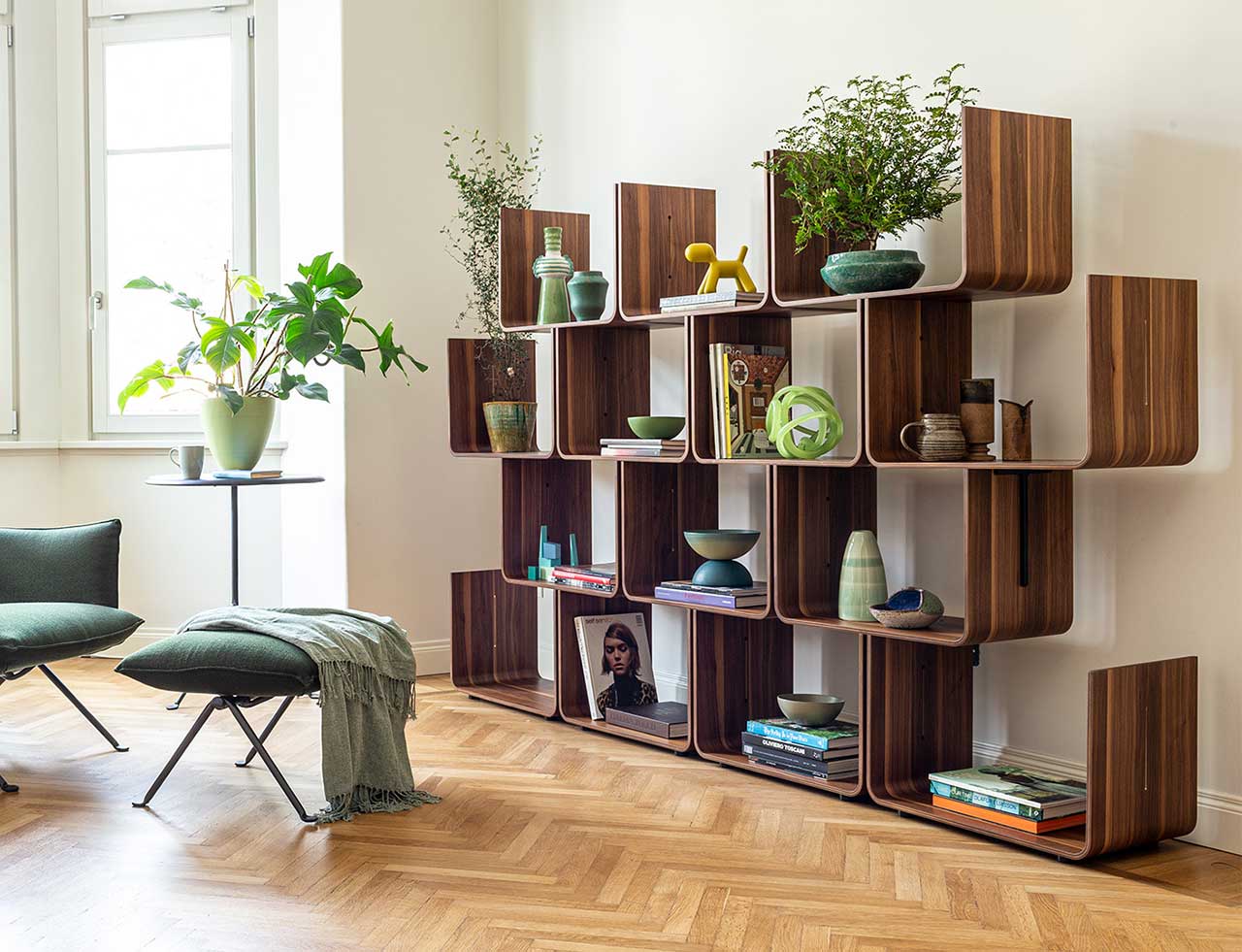 While many of the furnishings of the 1970s should stay in that decade and never be revived, these shelves are an exception. As Designmilk.com explains, these shelves date

… back to the 70s, when Pierre Paulin was commissioned by President Pompidou to design furniture for the Elysée Palace’s private apartments, (but they were not) …. officially launched to the public until 2009 …

They make me think of the 70s, but they don’t scream it. They would work wonderfully with contemporary furniture today. Also highly expandable. Perfect for book collectors like myself.

For more on them, see: From a Palace to Your Home: The Elysée Shelving System.

Comments Off on The beauty of the Elysée Shelving System, or not all furniture from the 70s is bad

1972 was a very good year for film. Many of the films listed at that link are now seen as classics. One of them, The Godfather, is getting much of the focus this year for its 50th anniversary. While I’m glad people are revisiting and paying attention to that great film, another great film celebrating that milestone that people should also revisit is Cabaret.

Like The Godfather, Cabaret is a period film set in around World War II. Perhaps because of that, neither film feels dated / stuck in the 70s, the way a film like The Candidate might. You can watch them as if they were made in any decade. You can also watch and rewatch both of them because they remain great, half a century later.

To get a sense of what makes Cabaret so special, I recommend this piece: Cabaret at 50: Bob Fosse’s show-stopping musical remains a dark marvel. For fans like me, here are two pieces that allow you to do a deeper dive on the film and its background: 1) Is Bob Fosse’s Cabaret An Unfaithful Adaptation? | by Keith Schnabel | Medium and 2) That Controversial Cabaret Lyric Change – The Official Masterworks Broadway Site.

If you want to stream it but don’t know how, check this out: Cabaret streaming: where to watch movie online?

Comments Off on On Cabaret, 50 years later

On the passing of filmmaker Alan Parker

Alan Parker just died. If you grew up in the last quarter of the 20th century, odds are very good you’ve seen one of his films, if not several. You may not even realized you did. He wasn’t a fan of the auteur idea of being a director, and that likely resulted in him not making films in a consistent way. Which is fine, since he made many a good film. The New York Times has done a wonderful thing and put together a list of some of his most well known films and where you can watch them online: Where to Stream Alan Parker’s Best Movies – The New York Times.

If you haven’t seen any of his films, now is your chance. Grab that list and go stream. I may rewatch “The Commitments”, one of the more enjoyable films from that time.

Comments Off on On the passing of filmmaker Alan Parker