Posted on December 13, 2017 | Comments Off on San Francisco puts delivery robots on a lease. Good. 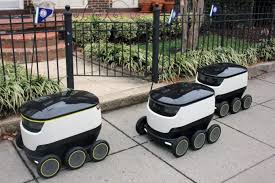 This entry was posted in cities, IT, new! and tagged cities, cityplanning, IT, robots, SanFrancisco. Bookmark the permalink.