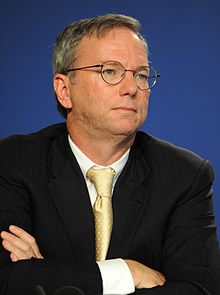 I could never figure out Eric Schmidt. As a CEO, he seemed to be successful. However, he would get in public and say and do things that I would disagree with often and that seemed ridiculous at times. But nonetheless people would nod their heads and agree because hey he was the head of Google.

For instance, I am curious about why he became a European citizen vs Cyprus. I suspect it may be something to do with taxes. Meanwhile here he is making an anodyne statement about how China will dominate AI unless the US invests more. It’s hard to argue against it because there’s no there there. Whoever spends the most in any field will likely dominate it. How is that thoughtful or interesting?

I suspect we will hear from him less in the future. But when we do I’ll come back here to see if my opinion of him has changed.

Nov 2022: here’a story of how Schmidt helped write A.I. laws in Washington without disclosing a conflict of interest. So he’s still around and he is who he is.

This entry was posted in IT and tagged google, IT. Bookmark the permalink.