There is no perfect body for an athlete, and anyone can be fit

Posted on April 12, 2021 | Comments Off on There is no perfect body for an athlete, and anyone can be fit It can be a problem: people who are fat or whose bodies don’t fit a stereotype of an athlete don’t think they can be fit without changing their body. So they give up or focus on losing weight rather than trying to get fit. That’s too bad. Fitness leads to a better life, regardless of your age or sex or body size.

What I love about this piece is that it clearly shows there is no perfect body shape for an athlete and you can be fit and athletic regardless: The Body Shapes Of The World’s Best Athletes Compared Side By Side | Bored Panda

For more on this, I recommend you read this: In Obesity Research, Fatphobia Is Always the X Factor – Scientific American.

(Image from the Bored Panda site. I recommend you go through it. It is amazing to see just how different are the bodies of athletes in different sports.)

Comments Off on There is no perfect body for an athlete, and anyone can be fit

Posted on September 9, 2017 | Comments Off on A great piece on a great athlete/runner: Emil Zátopek 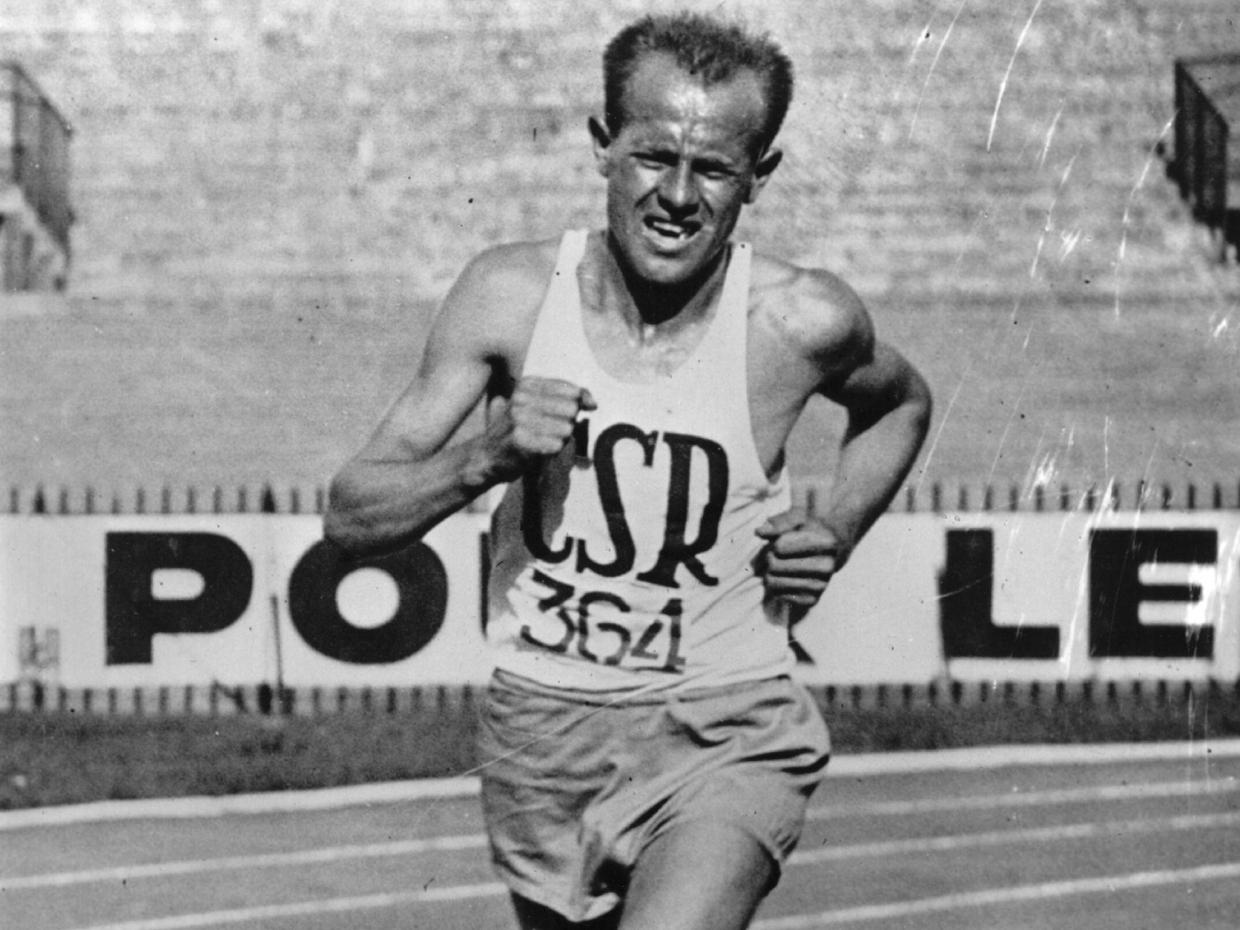 Highly recommended: Emil Zátopek: The greatest Olympian vanished from public life after he defied Russian tanks in 1968 | The Independent.

As a kid I saw a documentary on Zatopek and was in awe of how dominant a runner he was. Anyone looking for inspiration in athletics can find that in many places: I found mine watching Zatopek and Abibi Bikila (running barefoot in Rome) excel at the Olympics.

Comments Off on A great piece on a great athlete/runner: Emil Zátopek

This piece, During Rule 40 Blackout, Emma Coburn Showcases New Balance on Olympic Stage, FloTrack, has a good run down of Rule 40 and how Emma Coburn cleverly circumvented it. In short, Rule 40 prevents all but official brands and whom they sponsor from promoting them during an blackout period of time surrounding the time of the Olympics. For example, US athletes using Nike can promote the Nike brand, but US athletes using other brands like New Balance cannot.

How did Coburn circumvent this? According to that article,

After crossing the finish line in third behind Ruth Jebet and Hyvin Jepkemoi, respectively, Coburn immediately removed her New Balance spikes and draped them over her shoulder before carrying the American flag. As a result of the bold move, thousands of photos snapped during her victory lap included her sponsor, New Balance, which otherwise would not have been featured. It’s more than likely that Coburn, who is vocal about sponsorship rights, did this intentionally to spotlight New Balance in the middle of the Rule 40 “blackout period” and circumvent Nike’s exclusive sponsorship rights with USATF.

One thing to note is that there are different rules for different athletic federations, it seems. The US swim team has more latitude than the track and field athletes.

As always, this is about money. Whatever else the Olympics are about — and obviously they are about many good things — money is one of the big aspects of these games.