The decline of youth hockey in Canada

The other day I wrote of the decline of start up tech. Today, I’m writing about the decline of youth hockey in Canada, as written about here: In Canada, the Cost of Youth Hockey Benches the Next Generation – The New York Times.

The chief reason for the decline is due to costs. If anything, the article understates the cost. The other big reason is organized hockey.  There’s much money to be made from parents wanting the best for their sons and daughters who want to play hockey: you can wring thousands of dollars from them. And wring they do. The clubs, the coaches, you name it, there is someone making a buck from hockey teams. Hockey plays are streamed from an early age, and the faster you can stream kids onto certain “elite” teams, the more you can start charging more for the privilege of them being there.

Not that the parents are pure victims. Lots of parents want their kids to make the big leagues or college teams and those parents press hard for their kid to be on the more expensive teams. It all adds up. If anything, it adds up to something more and more families can’t afford. Read the piece linked to above and you’ll get a better grasp of it.

Comments Off on The decline of youth hockey in Canada 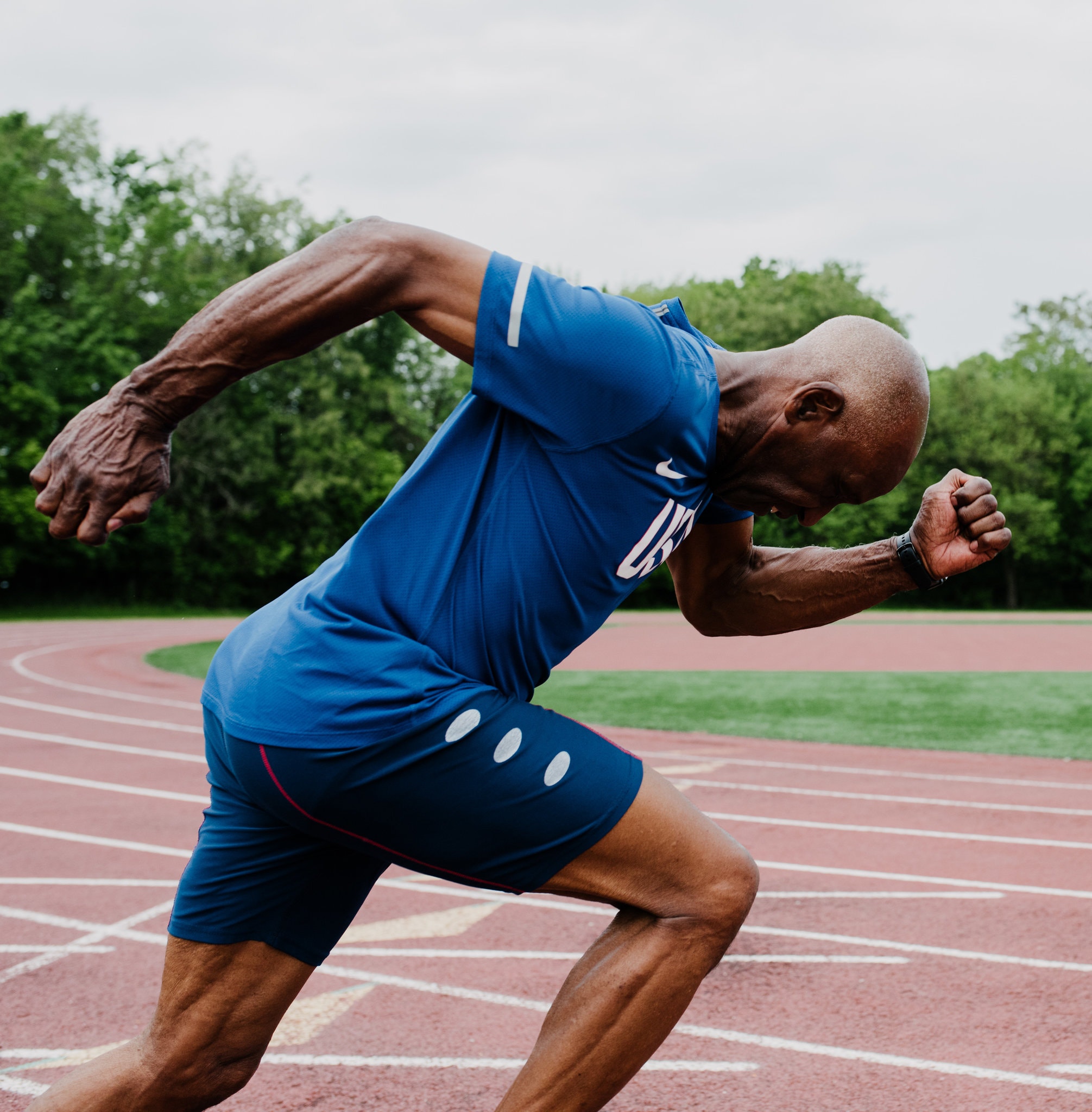 This is a remarkable story of literally The World’s Fastest (Old) Man, via The New York Times.

It’s almost inconceivable someone in their 70s can be that fast, let alone setting records. Well worth reading for inspiration.

Comments Off on The World’s Fastest Senior

Sprawlball: how the 3s are messing up the NBA and how to fix it 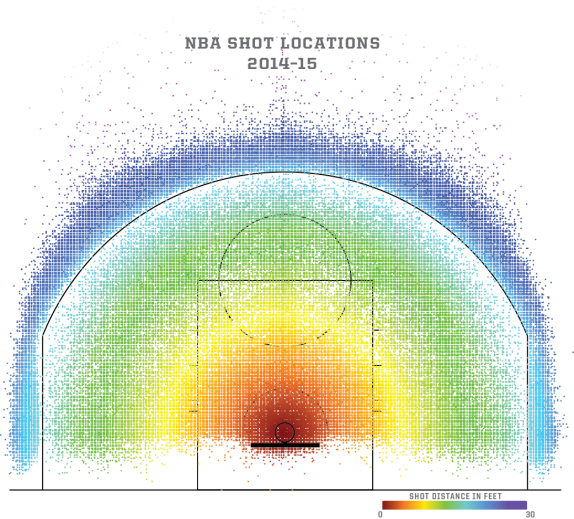 Two good pieces on how three point shots are affecting the NBA. Opinions differ, but these pieces seem to think that the 3s are not improving the game:

My feeling is pushing out the 3 point line is likely the best thing to do to add more variety to the game.  But read them yourself and decide.

Comments Off on Sprawlball: how the 3s are messing up the NBA and how to fix it

In praise of the 5K and other (non-marathon) races

The marathon is great race, and if you are aiming to run your first in the new year, it is a great thing to accomplish.

That said, you can also get a great sense of accomplishment out of running races less than 42.2 kilometers. To see what I mean, I highly recommend these two articles that praise the 5K:

After reading them, I had a much greater appreciation of that race. (I think the same argument could be made for the 10K.)

As for me, I am a fan of the half-marathon. The only thing I don’t like about it is the name: it implies you haven’t done something great, when you have. Perhaps it needs to get rebranded as a 20K: not half a marathon, but twice a 10K!

Regardless of the distance you run, and how often you run it, enjoy your athleticism and take pride in it.

(Chart is a link to the image from the FiveThirtyEight article)

Tug of War, 56 pound weight throw, and other discontinued sports of the Olympics

Posted on August 20, 2016 | Comments Off on Tug of War, 56 pound weight throw, and other discontinued sports of the Olympics

Watching athletics events like javelin and discus, you might think that the sports for the Olympics have been constant since the beginning of the modern games. But as this shows, Unusual and Discontinued Olympic Sports, there are many sports and events that have been dropped since the revival of the modern day Olympics. In particular there was a lot of tinkering in the early years. Not that that is stopping: many sports have been added in the last few decades, and some (e.g. softball) have been dropped.

It would be sad to see your sport dropped from the Olympics, though it would be something to be the last Olympic record holder for it.

Enjoy this year’s Olympics in Rio.

Comments Off on Tug of War, 56 pound weight throw, and other discontinued sports of the Olympics

Posted on August 19, 2016 | Comments Off on The Globe and Mail on the plan to defeat Usain Bolt is sports writing at its best

Here’s the story behind the photo, above.  Andre De Grasse, the up and coming runner from Canada, was going against the legend from Jamaica, Usain Bolt, in the 200 meter race at the Olympics. Rather than just concede to Bolt, De Grasse and team came up with a plan to beat him. It’s was a smart plan, and the story of it is equally good. Read it here: De Grasse’s plan was to beat Bolt by making him run faster. It almost worked. Here’s why – The Globe and Mail

While it didn’t work, it was likely the best way to beat Bolt (assuming he was beatable).  And the confidence to think he could beat the Jamaican legend is one of the reasons we’ll be reading about the success of Andre De Grasse for some time to come.

This piece, During Rule 40 Blackout, Emma Coburn Showcases New Balance on Olympic Stage, FloTrack, has a good run down of Rule 40 and how Emma Coburn cleverly circumvented it. In short, Rule 40 prevents all but official brands and whom they sponsor from promoting them during an blackout period of time surrounding the time of the Olympics. For example, US athletes using Nike can promote the Nike brand, but US athletes using other brands like New Balance cannot.

How did Coburn circumvent this? According to that article,

After crossing the finish line in third behind Ruth Jebet and Hyvin Jepkemoi, respectively, Coburn immediately removed her New Balance spikes and draped them over her shoulder before carrying the American flag. As a result of the bold move, thousands of photos snapped during her victory lap included her sponsor, New Balance, which otherwise would not have been featured. It’s more than likely that Coburn, who is vocal about sponsorship rights, did this intentionally to spotlight New Balance in the middle of the Rule 40 “blackout period” and circumvent Nike’s exclusive sponsorship rights with USATF.

One thing to note is that there are different rules for different athletic federations, it seems. The US swim team has more latitude than the track and field athletes.

As always, this is about money. Whatever else the Olympics are about — and obviously they are about many good things — money is one of the big aspects of these games.

Posted on October 14, 2014 | Comments Off on If you think being vegan will limit you in your attemps to build muscle and compete in sports…

Then you need read this article. If that doesn’t convince you, then head on over to this site to see just how great you can get on a vegan diet.

If anything, being vegan may help you, depending on your current diet and other factors that may be limiting your ability to improve.

Is a Canadian team going to win the Stanley Cup in 2014?

Based on this logic, Why Can’t Canada Win the Stanley Cup? – NYTimes.com (and Nate Silver, 2013), the answer is No. Not only is the argument convincing, it is depressing if you are a Canadian, since as the post also shows, Canadians are avid hockey fans.

Anyone who loves hockey, the NHL or the Stanley Cup playoffs will enjoy this piece of writing.

Comments Off on Is a Canadian team going to win the Stanley Cup in 2014?

On goaltending, Five Thirty Eight and the genius of Patrick Roy

Posted on March 18, 2014 | Comments Off on On goaltending, Five Thirty Eight and the genius of Patrick Roy

In this FiveThirtyEight | Why Gretzky Had It Easy, Neil Paine tries and I think succeeds in explaining why the save percentage has gone up year after year. The reason is: Patrick Roy. I have been watching young goalies since my son started playing hockey, and I am amazed at how different they play to when I played in the era of Dryden. Back then, the butterfly was somewhat controversial still, and goalies who played that way and were beat up high were criticized for that style. Not only that, but we were trained to get back up again fast. Now, goalies are going down and staying down. Where once we tried to stop low shots with the stick or the blade (both relatively small), now goalies have both pads (relatively big) on the ice most of the time. Roy brought that on, or is credited with it, and now all the young goalies (and older ones) play that way.

Paine is right to credit the gear too, for it is alot better.  The chest and arm protectors are much better than the old ones, and even the top of the knees and the neck are protected now (not so when I was younger). It makes it a bit easier for the goalie to use more of his or her body to stop the shot. I even think the pads make it much easier to slide around than the old pads ever could. But gear alone isn’t the reason: it is the new style and the training to do it that makes a difference.

I disagree with the title: Gretzky had it easy. Watch the video that Paine shows. Watch how patient Gretzky is with the puck, and how he find the opening, no matter how small. I think he would still be doing the same thing with today’s goaltenders. Other than that, a great piece.

Comments Off on On goaltending, Five Thirty Eight and the genius of Patrick Roy