Checking in with death If this sounds morbid and unappealing, I recommend you overcome that and give it a read: Checking in with death – Austin Kleon.

What you need to accomplish extraordinary things I liked both of these articles:

Both men accomplished significant acts of creativity and generosity without having much resources. In both cases, the things they had in abundance were

They didn’t have a great amount of money or genius or things that people think you need to accomplish extraordinary things.

When to think about your life, and when not to

There are times to think about your life, and times not to. Austin Kleon has a very simple rule to help him decide:

I have a very simple rule that serves me well: Don’t think too much about your life after dinnertime. Thinking too much at the end of the day is a recipe for despair. Everything looks better in the light of the morning. Cliché, maybe, but it works.

I first agreed with this. Afterwards, I concluded it depends on each individual. For me, I found a good time to think about my life was between midnight and two. It’s quiet then, I am tired but also relaxed. There’s no distractions, nothing else left to do but sleep. If I accomplished things in the daytime, it was especially good to think about what’s next in my life. Likewise if I had a good weekend, the best time to think about my life is Monday morning: I’m rested, energized, and feeling I can get a lot done during the week.

I found the time to not think about my life was any time I am really tired or sick or having a very bad day. Then the goal is not to reflect but to recover.

If anything, my rule is: if I need to recover, then I should not be reflecting.

I think we should all find times to reflect upon our lives and assess ourselves and where we’re heading. We just need to find the right times to do it, and do it then. And find the wrong times to do it and not do it then.

How to simplify your life

Follow the one rule found here: swissmiss | One Basic Decision.

However, feel free to swap out “happy” with “good” or other worthwhile aims. Regardless of the one thing you decide, your life will get simpler.

If you ever wanted to write for The New York Times…

Now you have an opportunity. They have a new column, called Rites of Passage, that is going to appear in their Styles section. What are they looking for?

The editors … want to read your essays about notable life events that sparked change. A “rite of passage” can be big or small, though sometimes it’s the less obvious moments that carry even greater meaning: Making the final payment on your student loan debt and what it represented; finding a first gray hair and deciding not to pluck it; a first crush after a spouse’s death. These essays should be written as personal narratives, so please make sure to tell us how the event unfolded and what it meant to you.

Everyone has such stories. If you want to share yours in the Times, you can get  more information here: How to Submit a ‘Rites of Passage’ Essay – The New York Times

It’s Friday. Here’s a list of 26 things you can do for yourself

Read this list. Pick three. Do them. Your life will be better.

Why three? No reason, other than to make it seem possible. Skip three and just do one. That’s a good start. Or do one every two weeks for the next year. Whatever works for you.

How to look at your lifespan

When you are young, life seems endless and countless. If this is you, I recommend  you look at the charts provided by the folks  Wait But Why. They break down your life into weeks and show you how it maps out over time. For example, like this:

They even have blank charts you can use to map out your own life.

It’s sobering to consider. You have less time than you think. If you believe that and use that to motivate yourself to appreciate life, then great. If you don’t believe that, head over to that site and do the math.

How many lives do you have to live 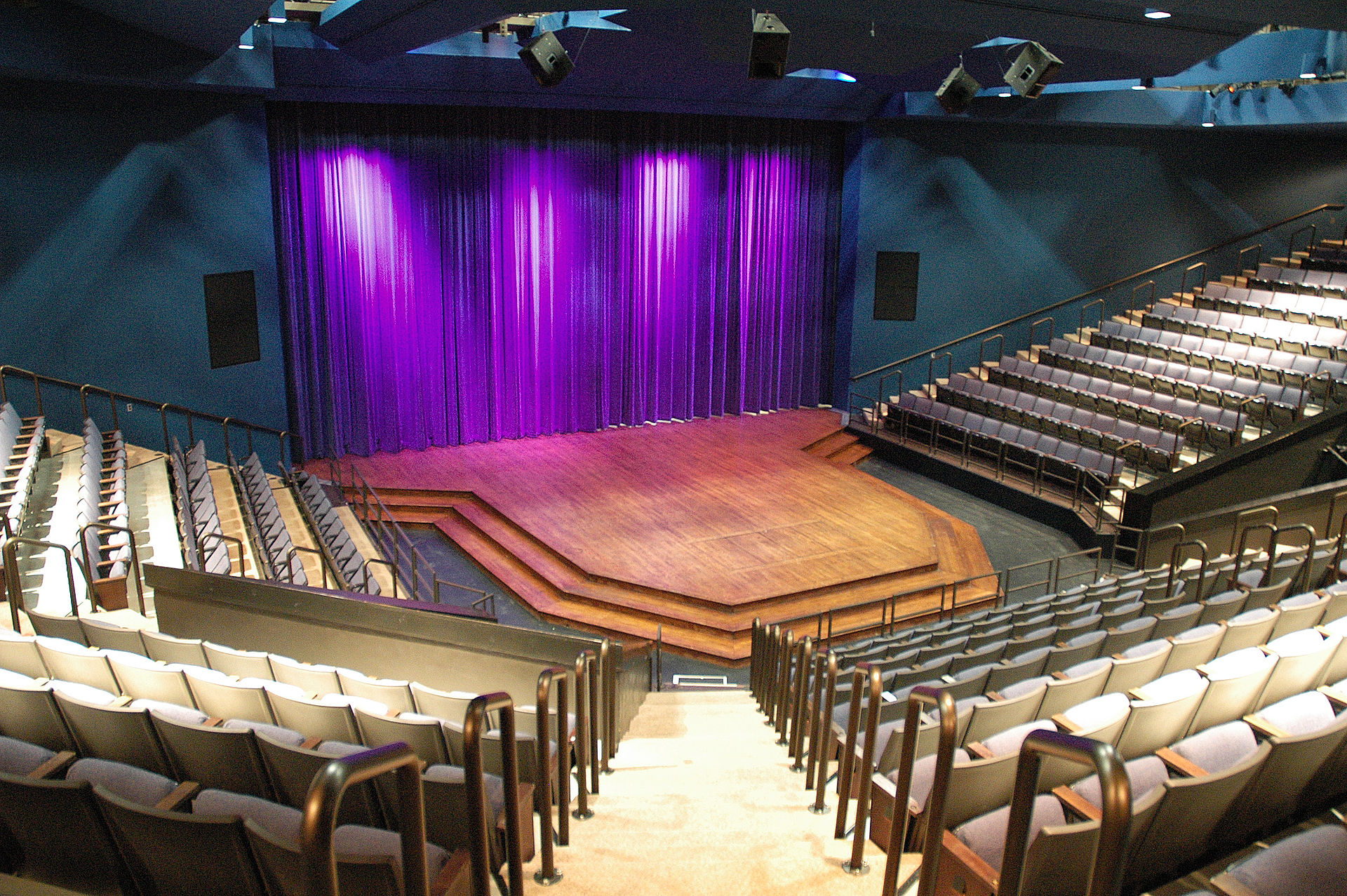 It’s a cliche: you only have one life to live. But it’s not really true. We experience many lives in our lifetime. Maybe it’s closer to 11, like this great post illustrates: You Only Live 11 Times, SMBC | Jesse Rogerson. Or maybe it is closer to some other number. Certainly we all go through major stages in our lives, and as we leave a stage, it can seem like we leave one life behind for another one. We are like performers, going from one theatre to another, retaining some parts of our act while discarding others.

Enjoy the life (or stage of life) you are in right now. Savour the best parts of it. Never assume they will last long, for they won’t. (Parents, in particular know this.) Likewise, for the more challenging aspects of your life right now: they won’t last for long, either. (It just seems that way). Accept and deal with them the best way you can, and know they will also recede and end.

How to look ahead in life

If you can see clearly ahead, you can make better directions on how to steer. It’s true for any mode of transportation. It’s also true about life. Take a look at this piece in the 99u: What I Wish I Knew at Every Age – 99U.  Whether you are young or old, it will give you the ability to see what’s ahead in life though the wishes of others and it will help you steer your one wonderful life.

Sixteen ways to think about and improve your life 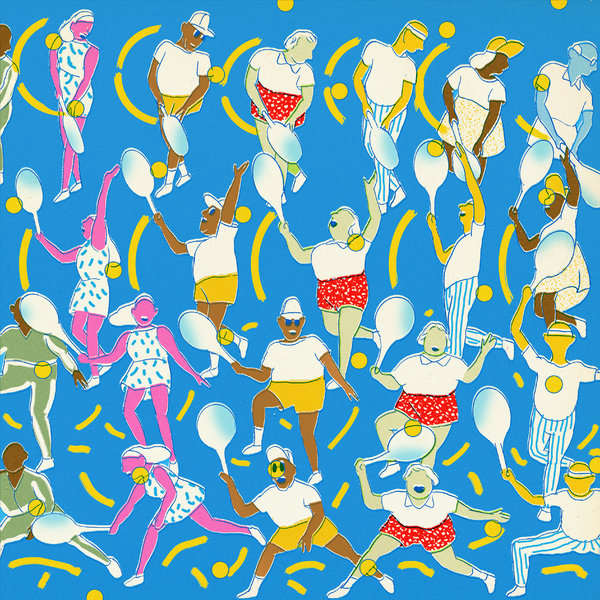 Over the last year or so, I’ve found these worthwhile pieces on how to think about life and how to improve it. If you find one of these worthwhile and it improves your life as a result of you reading it, then I think collecting and writing about these is worthwhile.

(Image from one of the articles linked to on NYTimes.com)

Some links to support your new year’s resolutions

If you’ve decided to become more fit, work better, or be better generally, then consider these resources to support you as advance towards achieving your goals:

An excellent set of tips to improve your life…

I challenge you to go through this list and not find anything here that you could apply to your own life. You will likely find at least five. If you find none, maybe your life is already perfect. 🙂

The 99U is a great source of guidance on any number of topics. I have even written some articles there.

Is life a toy or a game?

Intrigued by the question? Then you will like this article: Life is a Toy, Not a Game | Ian Welsh. Well worth a read.

We come into a lot of criticism in the course of our lives.  Just on social media alone there is a lot. Some of it is directed at you, while other criticism comes at you indirectly. Some of it comes from people you like, while other critiques will come from people you barely know. You can be criticized for the things you say, the things you do, even for who you are: a man, a woman, a person of a certain race or financial class or nationality. Pick a trait you have and nowadays you can find someone saying something critical about it.

Given that you do have to deal with a lot of criticism, you can do take a number of actions. It’s not advisable, but you can run away from it. (For example, giving up on certain forms of social media, like twitter.) You can get into arguments with people. This seems like a good idea, but I often find it frustrating, endless, alienating, and the opposite of how you may want to be. You can learn to ignore it, though learning to ignore it is not always easy. Sometimes the criticism is invalid or worse, then it’s easy to ignore. But some of the criticism is valid and when that happens, it can get under your skin. It’s great if you are thick skinned, but if you are not, you need to do something else. You need to learn to manage criticism.

One approach to managing criticism is to use understand the idea of a license to criticize. This borrows from the famous Eleanor Roosevelt quote: no one can make you feel inferior without your consent. The idea of a license to criticize is that you should only accept criticism from a small group of people, regardless of how many valid and invalid criticisms you come across. A license is different from a right. As an adult, no one has a right to criticize you: you give them that ability. Even when you do give them the ability to criticize you, it is a privilege or license.  It is a license you are free to provide or revoke. They do not own it, and you get to say when they can or can’t use it. You should treat that license as valuable, and you should only give it to people whose criticism is going to result in you and your life being better as a result of their criticism.

The next time you are offered criticism, ask yourself:

On it’s own, this is a great piece:
Old Masters at the Top of Their Game – NYTimes.com. The woman above? 99. She sold her first painting at 89. She is now a world renowned artist. And there’s more great profiles of people in it. You should read it, and not just if you are older. I  recommend it for any age. How you read it at 20 will be different than how you read it at 40 or 60.  For me, I was struck by how  many of those interviewed say that nothing surprises them. As I get older, I find this true too, though I am still surprised. The flip side of this is that anxiety and concern about many things in life decreases. You know how to handle things, and you spend less time worrying about the things you ought not to worry about.

Another thing I thought interesting is that they don’t necessarily think of themselves as old. This is something I also found true as I age. I know when I talk to the 20 year olds in my office they must look at me and think: man, he’s old. 🙂 But other than superficial things, I don’t find my thinking or my view on the world has diminished from when I was younger. I have more experience now, and I had more natural energy then, but I don’t think: wow I no longer get this IT stuff now that I am older.

I highly encourage you to read the article. Then check out Austin Kleon’s blog because I found it there a lot with many other good things.

What if life follows Moore’s Law

A fascinating idea: what if life on earth follows Moore’s Law? If it does, as discussed
here, then it could explain why there are no beings in the universe advanced much beyond ours. It could also mean that life on Earth came from somewhere else.

The article in MIT’s Technology Review is well worth a read. It also makes me think that Moore’s Law could be a fundamental way of understanding much more than integrated circuits.

60 Things to Better Appreciate in Life

Regardless of whether you are grateful, appreciative, or both, check out the list. It’s a good one.