Another cautionary tale: this time regarding Bleecker Street in NYC

Posted on August 31, 2017 | Comments Off on Another cautionary tale: this time regarding Bleecker Street in NYC 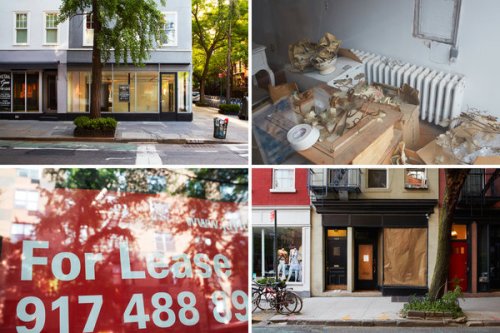 The story of Bleecker Street’s Swerve From Luxe Shops to Vacant Stores in the  NYTimes is one playing out in many cities throughout the world, though perhaps not as extreme as this. It’s a big problem when money comes flooding into neighborhoods and cities, disrupting the people that live there, and making those areas unlivable in some cases. Most people need somewhat stable places to live, but unstable social systems (capitalist or otherwise) can make that difficult unless other social systems (like local governments) come in and press back against such instability. As more of the world moves from rural to urban areas, the tools to make streets and cities livable need to be developed and put to use.

Anyone living in a growing city needs to read this piece. Recommended.

(PHOTOGRAPHS BY CHRIS MOTTALINI FOR THE NEW YORK TIMES)

This entry was posted in cities, nytimes.com and tagged cities, gentrification, newyork, nytimes.com. Bookmark the permalink.