Some CBT Resources online you may find useful

Posted on December 30, 2020 | Comments Off on Some CBT Resources online you may find useful 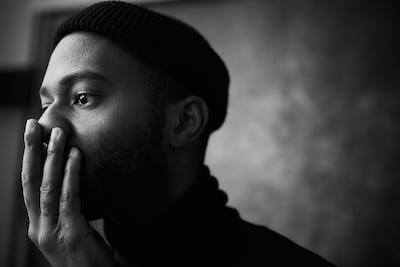 Cognitive Behavior Therapy is an effective way to deal with many forms of anxiety and depression. I’d argue it can help people with their thinking in general. If you are looking for tools to help you with it, here are two sets of resources:

(Photo by Darius Bashar on Unsplash)

Comments Off on Some CBT Resources online you may find useful

On the New Yorker’s piece: Why Freud Survives

Posted on September 20, 2017 | Comments Off on On the New Yorker’s piece: Why Freud Survives

This piece, Why Freud Survives, is a great review of not just Freud’s legacy, but some of the people involved with Freud’s legacy since his death. I’ve read about it before: believe it or not, this is the short version of it. While long, the piece is well worth reading.

This section in particular gives some good context with regards to psychoanalysis in the context of psychiatry.

Since the third edition of the DSM, the emphasis has been on biological explanations for mental disorders, and this makes psychoanalysis look like a detour, or, as the historian of psychiatry Edward Shorter called it, a “hiatus.” But it wasn’t as though psychiatry was on solid medical ground when Freud came along. Nineteenth-century science of the mind was a Wild West show. Treatments included hypnosis, electrotherapy, hydrotherapy, full-body massage, painkillers like morphine, rest cures, “fat” cures (excessive feeding), seclusion, “female castration,” and, of course, institutionalization. There was also serious interest in the paranormal. The most prevalent nineteenth-century psychiatric diagnoses, hysteria and neurasthenia, are not even recognized today. That wasn’t “bad” science. It was science. Some of it works; a lot of it does not. Psychoanalysis was not the first talk therapy, but it was the bridge from hypnosis to the kind of talk therapy we have today. It did not abuse the patient’s body, and if it was a quack treatment it was not much worse, and was arguably more humane, than a lot of what was being practiced. Nor did psychoanalysis put a halt to somatic psychiatry. During the first half of the twentieth century, all kinds of medical interventions for mental disorders were devised and put into practice. These included the administration of sedatives, notably chloral, which is addictive, and which was prescribed for Virginia Woolf, who suffered from major depression; insulin-induced comas; electroshock treatments; and lobotomies. Despite its frightful reputation, electroconvulsive therapy is an effective treatment for severe depression, but most of the other treatments in use before the age of psychopharmaceuticals were dead ends. Even today, in many cases, we are basically throwing chemicals at the brain and hoping for the best. Hit or miss is how a lot of progress is made. You can call it science or not.

Psychiatry has a long way to go. It will need better tools and better ways of understanding the brain and the mind. I think over time Freud will be seen the way Galen is: not so much relevant as influential and important in moving medicine forward.

(Image from link to Wikipedia)

Comments Off on On the New Yorker’s piece: Why Freud Survives