To set goals, you need to look at your life. Here’s what I mean. (Or how to deal with Wanting to Have a Social Life, with Friends)

Posted on December 13, 2020 | Comments Off on To set goals, you need to look at your life. Here’s what I mean. (Or how to deal with Wanting to Have a Social Life, with Friends) 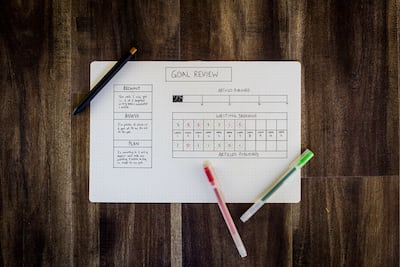 I’m not going to say that your goal setting is wrong. But it’s likely you are setting goals without looking at how you spend your time.  So let’s start there.

Write down what you are doing or think you are doing every day, week, month. Really think about this and take the time to document your life this way. Be as quantitative as possible. Then categorize those activities. After you do that, ask yourself: do you want to spend the same amount of time doing those activities in the future? If you don’t, do you want to spend more time or less time?

Let’s take someone named Alison. Alison thinks her goal is to be a better parent. However, when she looks at what she is doing, she finds she is spending most of her time working to become a partner in her firm. That’s her real goal: promotion.

Now Alison is multifaceted, as we all are. She doesn’t need to abandon one goal to work on another. She decides she does want to get promoted, but she does so in the context of also being a better parent. So she shifts some of her time and focus towards more parenting, then works to track that over time to see whether she really has internalized that as a goal.

The time and effort and focus you spend on something tells you what your goals are. Even if you don’t know those are your goals. I discovered this some time ago when I was tracking my todos in an app called Remember the Milk. I was the opposite of Alison. I thought I wanted to get promoted, but I spent most of my time focused on being a good parent and not enough on getting promoted. Eventually  I was content with that. I accepted that I would like to get promoted, but I wasn’t willing to sacrifice my parenting time to that. And I liked my work as it was. From time to time I would be disappointed to see others rise in the organization while I stayed the same, but quickly I thought that was ok. I was meeting my goals.

Likewise, I ran marathons for a long time, and I thought my goal was to run more. But over time I realized that what I got out of marathon running had slipped away. It just became a chore and my goals changed from being a marathon runner to being healthier. Maybe as my life changes I’ll go back to running marathons.

There is a famous poem by Kenneth Koch  called You Want a Social Life, With Friends that addresses this:

Koch is strict here but the thinking is the same. Setting goals helps you move forward in life only if the goals you set align with your values and interests and the time you spend on that. Trying to do everything is difficult when resources  are limited. So think about the time you have and set better goals.

For more on setting better goals, read this piece.

(Photo by Isaac Smith on Unsplash)

Comments Off on To set goals, you need to look at your life. Here’s what I mean. (Or how to deal with Wanting to Have a Social Life, with Friends)