Some thoughts on books as social objects

Posted on November 2, 2013 | Comments Off on Some thoughts on books as social objects 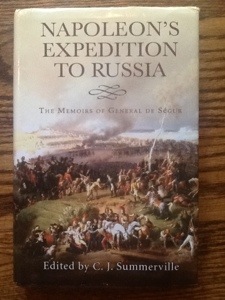 This week I was carrying this book around with me and managed to have two people initiate conversations regarding it in the same day. First a younger waiter in a restaurant told me the author’s name was similar to a favourite children’s book she had many years ago. Then on the subway, a man who appeared to be a gamer engaged me in a long discussion about war games, the US Civil War, and the Napoleonic wars.

Neither conversation would have happened if the book were an ebook or even an abstract cover, I suspect. The cover itself caught their eye, and that led to further conversation.

Books are great social objects. They tell something about you, and they give a topic for others to start talking to you about.

Both conversations were not really about the book directly, but ways for people to share something about themselves. This is a benefit of social objects: you can learn much more by taking the object out in public. With private objects, you have to do all the work: with social objects, people help you learn more.

It likely helped that the book was not controversial. Plus it was odd enough to catch people’s eye. The potential barriers to starting conversations were low.

It is difficult to say what makes an object more social than others. Much of that is random. I had been reading the book all week: that day was the first one that people talked to me about it. Certainly something people are passionate about helps. Even that is random, though.

Other objects can be social, too, but books can be both personal and impersonal at the same time. That dual quality makes them a good social object. Strangers asking about highly personal objects may seem prying and put people on the defensive. Objects like food are too impersonal and not easy to make an interesting topic to start talking about. Books are nicely in the middle.

In short, get down your quirky looking books from your bookshelf and take them out for a walk. Your social life may improve. Even in a big city like Toronto.

An additional note: I was walking down Yonge Street yesterday, and I stopped to admire a mosaic on a wall. While I was doing that, another man walked next to me and told me about the construction of it and his thoughts on it. It too was a social object, thought I created the context for socialization by stopping to admire it.