On that London coffee shop charging $64 for its premium coffee

Kudos to Queen’s of Mayfair for getting CNN to write up the $64 “cup” of coffee they are serving.

You might think it is the most posh and ridiculously expensive place in the world to visit. Well it is posh, but as this blog post shows, it’s also charming and affordable.

I won’t be travelling soon, but when I do, I’d like to go there. But not for the $64 coffee. Anything else on their menu, though.

This beautiful coffee machine isn’t a product you can buy, but I wish I could. It’s beautiful. For more on this design product, including more photos, check out Stylish MOON Coffee Machine Design.

How giving up coffee affects you 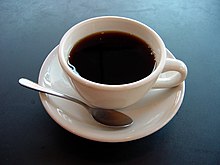 This may not be something you want to try during the pandemic, but if you ever thought about giving up coffee or any other form of caffeine, read this: This Is What Happens to Your Body During a Caffeine Detox.

I was impressed by how detailed the article was. Also how your nervous system changes over time. Remarkable!

There are many ways to raise money on line, from Patreon to Indiegogo to Kickstarter. A more modest way to raise money online is this site: Ko-fi. I think it is perfect for anyone wanting to share things with others in exchange for a modest amount of money (i.e. the cost of a cup of coffee, approximately). If you were looking for something like this for your site, I recommend you check it out.

By the way, if you want to check it out (and buy ME a coffee), here is my link. Thank you!

12 Cafés Every History Buff Needs to Visit (a great list)

If you like cafes, coffee and travelling, then this link is for you: 12 Cafés Every History Buff Needs to Visit | Travel | Smithsonian. Of the places in the article, I’ve only been to Cafe Central in Vienna and it is great. (In truth, Vienna has many great cafes. I went there years ago and enjoyed many of them. Cafe Central was one of the highlights.)

As far as bucket lists go, you could do worse than making it your aim to visit all the places listed here. 🙂

(Hat tip to @candicewalsh on twitter for sharing this link originally, and who also has a great travel blog.)

Finally! The cappuccino scandal revealed by  The New York Times. (I am not joking)

For some time, I have been complaining that cappuccinos have evolved into something I call “latte-ccinos”, which is a drink that is somewhere between a latte and a cappuccino. Good to see that the New York Times has a piece on it highlighting the sad state of North American coffee and in particular the sham cappuccinos now commonly served.

But what is a true cappuccino? As the Times points out, there is a debate about what it is:

There was a time when cappuccino was easy to identify. It was a shot of espresso with steamed milk and a meringue-like milk foam on top. … “In the U.S., cappuccino are small, medium and large, and that actually doesn’t exist,” the food and coffee writer Oliver Strand said. “Cappuccino is basically a four-ounce drink.” … Others cling to old-school notions of what makes a cappuccino, with the layering of ingredients as the main thing. “The goal is to serve three distinct layers: caffè, hot milk and frothy (not dense) foam,” the chef and writer Mario Batali wrote in an email. “But to drink it Italian style, it will be stirred so that the three stratum come together as one.”

I agree with Strand: a cappuccino should be a small drink and the espresso, milk and foam proportional.. If you want a bigger drink, get a latte. And if you want a true cappuccino, find a good Italian establishment — in Toronto, Grano’s makes a superb one — and get your fix there.

For more on this, see: Is That Cappuccino You’re Drinking Really a Cappuccino? – The New York Times. The photo above is a link to that article.

On class, Tim Hortons, and Starbucks

While there is alot being written about the Tim Hortons/Burger King merger from the point of view of taxes and finances, this piece in the blog Worthwhile Canadian Initiative touches on something else: class

Can’t we at least get a decent class analysis of this question? There are two sorts of people: Starbucks people; and Tim Hortons people. And this class distinction is far more important than anything based on superficial differences like income and occupation. As a Tim Hortons person, who feels deeply ill-at-ease in a Starbucks, and who does not understand the menu, I cannot stop myself asking the “barista”(?) the subversive question: “Can I have a small double-double please?”

In my experience with going there, Tim Hortons is an establishment that seems to be staffed sith and patronized by working class people. As opposed to Starbucks, which seems to be staffed and patronized by middle class people. This is not to say that one class is better than another, but there appears to be this class distinction that differentiates them. The blog post linked to above talks about cultural or educated classes, but I think there is a case to be made that this also has to do with economic classes as well as a rural / urban / suburban divide.

Economically, the lowest coffee advertised by Tim Hortons is closer to one dollar (in Canada). In Starbucks, the lowest coffee advertised is closer to two dollars. While that may seem like much to some, for working class people, it makes a big difference. (Never mind that alot of the coffee bought in Starbucks is over three dollars once you start getting it from the espresso bar versus from the coffee carafe.) Likewise, a coffee and a donut costs less than three dollars in Tim Hortons, while a coffee and a snack at Starbucks is closer in the range of four to five dollars. (Based on the many coffee / snack combos I have bought at both.)

In terms of rural / urban divide, Tim Hortons has been over time making a move into the downtown core (at least in Toronto), while Starbucks has been slowly expanding outwards (e.g., Sydney, Nova Scotia recently got a Starbucks).

Those of you who say you have good taste may say: yes, but Starbucks is better. (And there will be others that say both are terrible and only indie coffee shops have good coffee.) I believe it is better too, though I don’t think Tim Hortons’s coffee is bad. (I have drunk bad coffee, and Tim Hortons is not bad.) I think for Tim Hortons customers, coffee is a hot beverage with caffeine that is good to drink while driving and at work.  Having it cost less makes a difference. Tim Hortons advertises that their coffee is fresh: that is the quality it has. Starbucks will talk of their coffee in terms of where it comes from and with terms you often hear wine experts talk about: those are the qualities it has.  Your values will determine where you buy your coffee from.

By the way, one of the stereotypes was that only middle class people (and pretentious ones at that) drank lattes. Now Tim’s has machines that make lattes and a wide range of milk based coffees too. They may not be as good as those in other places, but they are not bad and they have two other qualities: they are fast and they are lower in cost. Those two qualities are valued by working class people. And working class people like to try things too: they are no different from people with more money and more education who live downtown in the city.

Coffee is about class. It’s about the different classes we have in our society that center around money, education, where you work and where you live. Starbucks and Tim Hortons are based upon that as well, though as each attempts to grow more, they are expanding from their class base. As someone who comes from a rural working class background but lives an urban middle class background, I am comfortable in and recognize the value in both.

In Canada, we don’t talk about class much, but it is everywhere. Including the coffee shops we patronize.

If Starbucks starts offering dinner, they might serve this….